What Does Labor’s Victory in the Queensland Election Mean for Adani?

After a heated campaign, it looks like Annastacia Palaszczuk’s Labor Party will win the Queensland state election, defeating the Liberal National Party and Pauline Hanson’s One Nation.

While there were many issues that moved people’s votes, one thing is clear: the future of Adani’s Carmichael coal mine, and Labor’s promised veto of the proposed $1bn taxpayer Northern Australia Infrastructure Facility (NAIF) loan to Adani, was decisive in the ALP winning government in Queensland.

Exit polling on election day showed that up to 70 per cent of voters opposed the Adani mine and that the issue had an impact on their thinking in the polling booth. On the ABC’s election night coverage, Queensland Environment Minister, Stephen Miles (Labor), Federal Minister for Northern Australia, Matthew Canavan (Nationals), and Queensland Mines Minister, Anthony Lynham (Labor), all acknowledged that opposition to Adani was a significant factor in Labor’s victory.

But this is not news to anyone who has been part of the diverse, inspiring Stop Adani movement and who’s helped it to go from strength to strength over the past year. 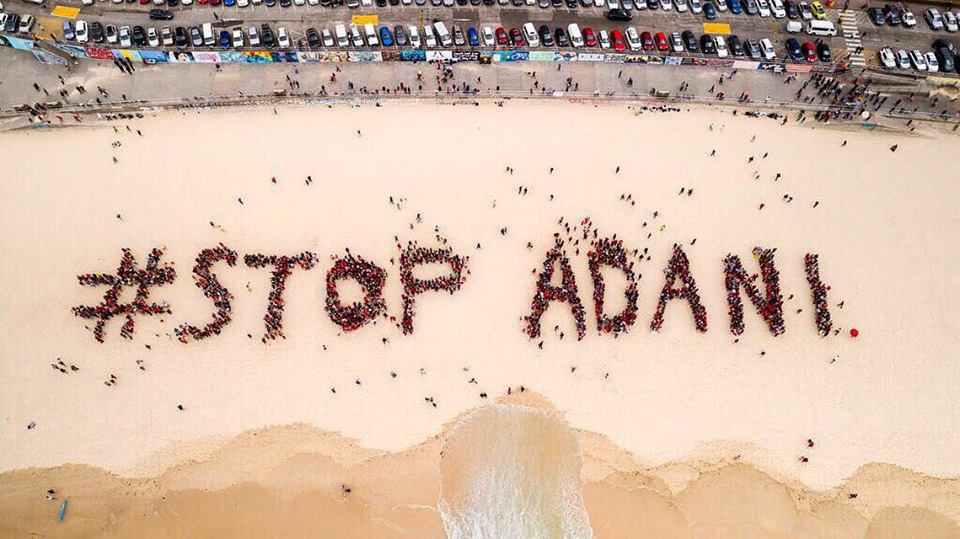 Stopping the destructive Adani coal mine is the environmental fight of our generation. And it’s a testament to the strength of our movement that during this election campaign, Premier Palaszczuk committed to veto the proposed $1bn taxpayer loan to Adani from the NAIF.

The NAIF loan has become so toxic, that an LNP campaigner had this to say to The Guardian newspaper: 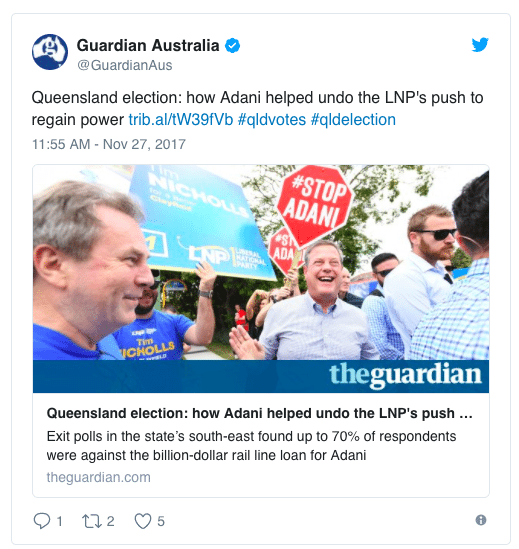 “Do I think anyone wants to see a billion of taxpayer dollars go to a mining company? No, I don’t think anyone is overly in support of that. But what could we do? It’s not like we could veto something our own federal government set up.”

That opposing the $1bn NAIF loan could, over about 12 months, go from something presented as an un-Australian attack on north Queensland to a complete no-brainer – even for the LNP – is testament to the amazing work done by thousands of people around the country who spoke up and took action to stop this dirty deal.

Greenpeace supporters have been at the heart of the fight to stop Adani opening up the Galilee Basin from all the way back in September 2012 when we launched our Cooking the Climate, Wrecking the Reef report that blew the lid off Adani’s plans to build the biggest coal mine in Australia, right through to our NAIF campaign in 2017. 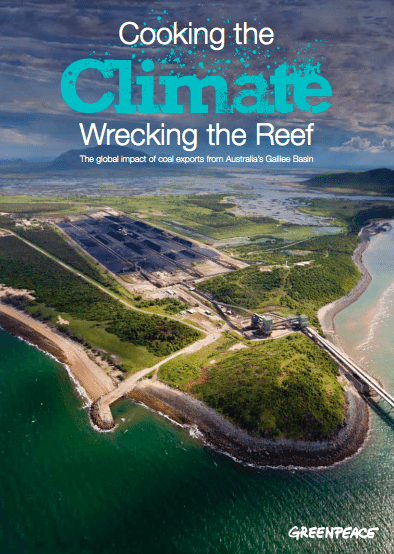 Our movement has had many enemies since then, from politicians like the climate-denying One Nation racist and ex-senator Malcolm Roberts (now out of parliament for good) right up to the Prime Minister and the country’s most powerful corporations and lobby groups.

And now, after 5 years of campaigning together, opposition to Adani has shifted an election.

But this campaign isn’t won yet.

First, we need to make sure that Queensland Labor sticks to its promise to veto the NAIF loan to Adani.

Once the NAIF loan is dead and buried, the Palaszczuk government needs to go further, by reversing the hundreds of millions of dollars worth of other assistance it is planning to give Adani through royalty holidays, road building, and unlimited water for the mine.

Even if the NAIF loan goes, recent reports have suggested that Adani is now seeking finance from Chinese companies and state banks, which could help get the project over the line. And we can’t allow this to go ahead.

So today, we celebrate the power of our movement and the likely end of the NAIF loan.

And tomorrow we return to organising to stop this killer coal mine once and for all: for our children’s right to live in a world free of coal pollution and for the Great Barrier Reef and all who depend on it.