WOW! HUGE BANKS ARE WALKING AWAY FROM FOSSIL FUELS

The world shifted slightly on its axis today, with three major announcements by some of planet Earth’s largest financial institutions.

As world leaders gathered in France to tackle climate change, one of the world’s largest banks, ING, announced that they are finally going to drop coal by 2025.

ING Bank is a Dutch finance giant with branches all over the world, with 37 million customers in over 40 countries.

Over the years you have relentlessly confronted ING and other investors on their financing of polluting fossil fuel projects. These efforts are increasingly paying off as more and more investors quit dirty energy.

Last March, ING announced that they were pulling out their investment in the Dakota Access Pipeline and becoming an advocate for the protection of Indigenous rights. Later on in June, they also took a clear stand against tar sands pipelines. 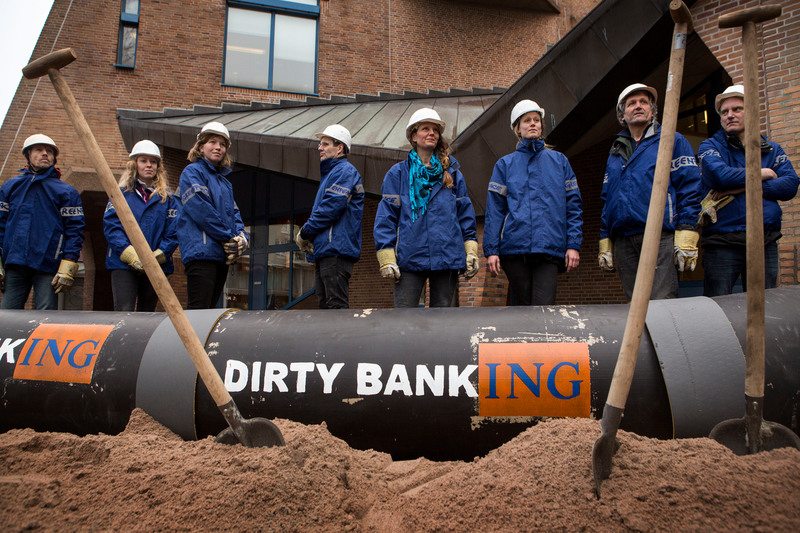 Following that announcement, the World Bank announced that as of 2019 it will no longer finance oil and gas drilling at all. This came hot on the heels of a letter from the world’s leading economists calling for an end to all new fossil fuel finance.

And if that news couldn’t get any better, French financial services giant AXA announced it would end over three billion euros in coal and tar sands investments using the Global Coal Exit list.

What happened today is huge. But we now need to make sure that other banks, investors and businesses follow these banks’ leads and take action for our climate. In Australia, you got the Commonwealth Bank to rule out new coal projects, and took action so that Westpac would also rule out funding new coal basins. But all four big Australian banks still lag far behind what they need to do to seriously tackle climate change.

People power is what made today’s victory happen. With thousands of you rising up for a clean future, financial giants are finally listening to us.

Now let’s make sure that the whole world goes in the same direction!

These wins are only made possible by a powerful people-powered movement which is completely independent of governments and corporations. If we all chip in we can keep shifting the world’s mightiest polluters to power the world with the energy of the wind, the sun and the waves.