Humans and the planet can heal together. Be wary of those that tell us otherwise.

Healing the planet shouldn’t ever come at the expense of human lives - and it doesn't have to. 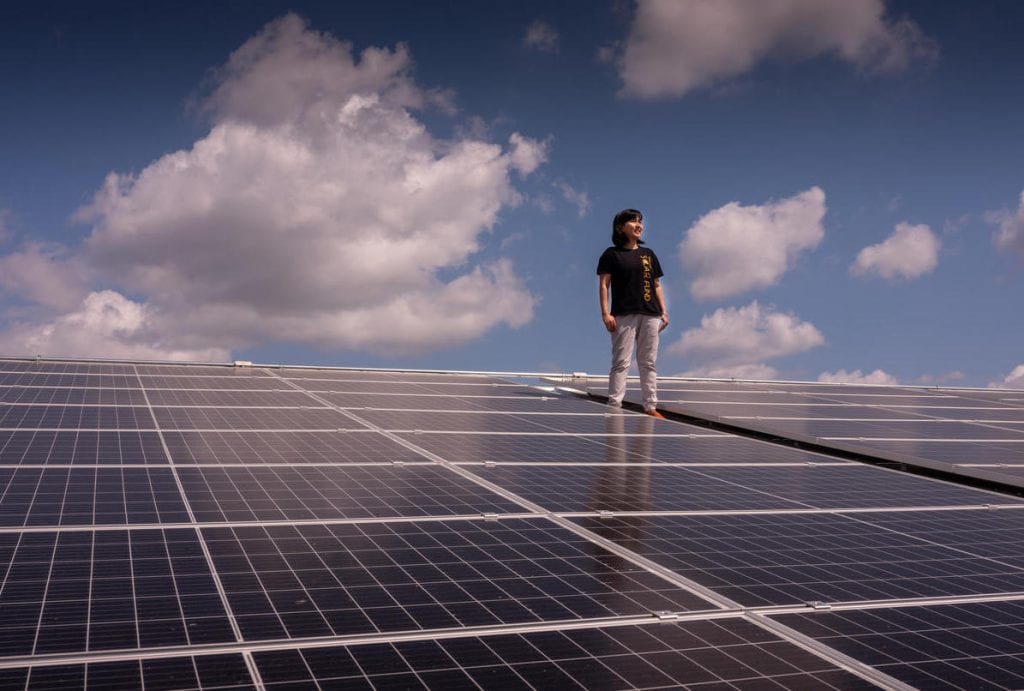 The news has been bleak for months, and many of us are distressed and emotionally worn-out. The fact that the grief we’re feeling is stacked on top of heartache from recent bushfires and ever-present climate breakdown has only sharpened its blow.

Given all of this, it’s no wonder that when coronavirus ‘silver lining’ stories began emerging about emissions-reductions and wildlife returning, a good portion of well-meaning folk jumped to endorse it. Many reproductions of these stories framed humans as a scourge plaguing the planet, implying that our removal from nature is a positive, natural-course solution to ecological destruction.

While stories of nature recovering are indeed positive on their own, believing that humans are bad for the Earth sets us on a dangerous thought trajectory, and is ultimately unhelpful to the planet’s recovery. The reality is that ideas are powerful, and even the most well-intentioned but flawed ones can multiply fast, become hijacked, and result in horrific real-world consequences.

We promise there are still things we can feel positive about right now (we’ll get to this!). First though, here’s why we should avoid perpetuating the idea that COVID-19 is good for the planet.

1. People are losing their lives, and the most vulnerable people will suffer most. Applauding the pandemic’s ‘silver lining’ exposes privilege.

To be clear, we’re not advocating for some kind of ban on fun, joy and all of life’s good things. Those are still important! What we are saying is that it’s tone deaf to pointedly argue that coronavirus may be on the whole a good thing, while people are living through intense hardship and losing their lives. Imagine telling someone who lost their job or a loved one, or an exhausted health worker, to look on the bright side of things.

Of course, there are grey areas here. It’s ok to feel heartened by small and big things, or see opportunities for positive change amid this crisis. Just make sure that these sentiments are shared sensitively, and that our big ideas for change centre those most-impacted.

2. ‘Humans are a scourge’ is connected to problematic overpopulation narratives.

On the fringes of the environmental movement are people who pedal the myth that human population growth is at the root of ecological destruction. The idea that a deadly virus is a panacea for the planet has obvious links to this. This narrative is wrong for a few reasons, mostly because it’s dangerously over-simplistic. For example, its logic of ‘more people equals more destruction’ assumes that the earth’s resources are distributed equally among all people, which is far from true. It also fatally overlooks actual systemic drivers, like economic models that prioritise profit and growth above all else, and colonialism, in which Indigenous ways of living continue to be erased.

3….which have racist roots, and dangerous consequences.

Overpopulation narratives and associated eugenics movements have a dark history of being weaponised for racial oppression and even genocide. The Nazi regime was famously influenced by eugenics. People like Garrett Hardin (who was a white supremacist dressed up as an environmentalist) actively lobbied against food aid during famines. More recently, conspiracies around immigrants and the environment have been adopted by far-right extremists, including the El Paso and Christchurch shooters.

The real solutions don’t involve any of us suffering. In fact, if we were to address systemic problems, everyday people stand to gain a lot.

4. It ignores the real problems, and feeds the unhelpful and untrue idea that climate action requires mass human suffering.

The real problems aren’t our lives or individual behaviour; they’re a combination of profit-at-all-costs logic, a rotten political system, racial and social inequity, and ongoing dispossession of First Nation peoples. From a strategic point of view, we really don’t want people to be distracted from these issues – or the villains behind them. Nor do we want people believing that a mass-scale crisis is required to heal the planet.. it’s not!

5. It ignores the real solutions, which benefit us all.

The real solutions don’t involve any of us suffering (besides maybe a few oil barons who may lose their private jets…). In fact, if we were to address the above problems, everyday people stand to gain a lot. Just imagine living in a society that’s powered by clean, renewable energy, where the government puts people first, wealth is fairly shared, no one is oppressed, and our environment is healthy and safe. It’s a big vision — but certainly not an unattainable one. In fact, each of these solutions overlap with each other, so when we progress one, we lift the other up too.

What we can feel positive about instead…

There are big ideas and societal shifts we can rally behind during this crisis, while still standing in solidarity with those most impacted by this pandemic. For example, we have a huge opportunity to make Australia’s economic stimulus green and catapult forward a just energy transition. We can take hope and heart in our ability to support one another, as evidenced in mutual aid initiatives, as well as our capacity for mass mobilisation.

What’s more, we know that change happens at an accelerated rate during crises. While the risk that COVID-19 will act as a smoke-screen for regressive policies is real, so too is the opportunity to re-imagine our society so that people and planet are put first. What we can count on is that we’ve collectively learned so much about looking after one another – and the government’s role in this – during back-to-back crises in Australia. That in itself will change us.