Whales historically dominated the world's oceans, but they have suffered tremendously in the last hundred years. It is estimated, that, due to harvesting in the last century, nearly 3 million cetaceans have been wiped out by whaling fleets. 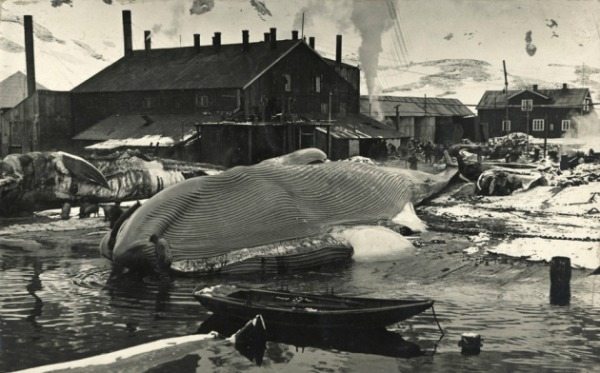 In 1986, a moratorium was introduced by the International Whaling Commission (IWC) on all commercial whaling but some countries continue to kill whales. Around 30,000 whales have been killed since then. The Northern right and sperm whale have come very close to extinction.

Whale products have been used for a variety of commercial purposes and their meat is still considered a delicacy in places like Japan, Iceland and Norway. It was with a heavy heart that I traipsed the streets of Iceland a few months ago and witnessed people buying whale meat over the counter as if it was some sort of common vegetable.

I use the whale as a primary example, but they are just one species that humans have interfered with to the near reality of extinction. It is becoming increasingly difficult for wild animals to survive. Human impact has left an enormous environmental footprint.  In 2011, the International Union for Conservation in Nature, officially declared the Western Black Rhino as extinct  due to ivory hunting.

We continue to burn fossil fuels at a rapid rate driving climate change that is causing the world to get hotter. The ice is melting in the Arctic and these cetaceans have to migrate further to breeding grounds. We have depleted fish species from overfishing and used monsterboats with giant nets to sell tuna for a cheap buck. We have cut down forests in order to grow cheap paper and palm plantations.

We are at the point where something has got to give. If we keep acting like this, there is no way we will be able to sustain our planet for the future generations. If humans are the most intelligent species on planet earth, why are we acting like this?

Species in Pieces have created a digital interactive exhibition highlighting 30 critically endangered species through the use of 3D. The project aims to highlight just some of the species out there under threat. You can check it out here.

Things you can do to help: