Here’s how you can hold plastic polluters accountable beyond Plastic Free July.

Reducing plastic waste in our everyday lives is important, but it’s time to stop single use plastic production at its source.

How did you get on with your Plastic Free July challenge? Each year I look forward to reducing my use of single-use plastic as much as possible. Wouldn’t it be nice if Coca-Cola and Pepsi did the same (wink wink)?

There are actions we all can take to reduce our personal plastic footprint — bringing our reusable coffee cup to the cafe, taking tote bags to the supermarket, carrying a refillable water bottle and even buying products like sunscreen and shampoo in bulk.

But while these lifestyle changes are important, to create large-scale sustainable change we must reduce and eliminate single-use plastic production at its source. Even the most conscientious shopper among us will struggle to be 100 percent plastic free as single-use plastic packaging alternatives can be hard to find. Throwaway plastic is almost synonymous with consumer goods and is often still the most common option found for straws, takeout containers, bottles, bags and food wrappers. We need to change the system. 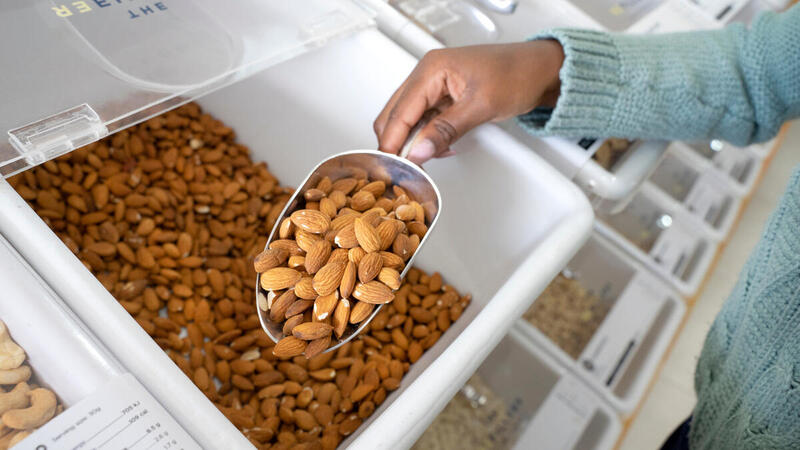 Plastic-free bulk food stores and package-free options are popping up around the country. But many people in Australia and around the world do not have access to affordable package-free options. It can be nearly impossible to find essentials like shampoo, dish soap, and toothpaste that aren’t packaged in single-use plastic.

Access to refillable, plastic-free options in our communities should be more than a “nice to have” and for those that can afford the often higher price point.

That’s why Greenpeace is asking supporters to demand corporations that produce goods packaged in single-use plastic switch to a reuse and refill system.

Sign our petition to tell Coca-Cola and Pepsi to move away from polluting single use plastics.

Corporations like Coca-Cola, PepsiCo, Nestlé, and Unilever have been among the worst plastic polluters – as reported in Greenpeace’s Break Free from Plastic global brand audits four years in a row.

After a beach cleanup held in 45 countries, nearly 20,000 Coca-Cola branded products were collected from polluted sites. Only 9% of plastic waste products are actually recycled according to data from the Organisation for Economic Co-operation and Development (1). Which is why pushing for reuse and refill products from big corporations is vital to reducing plastic waste. 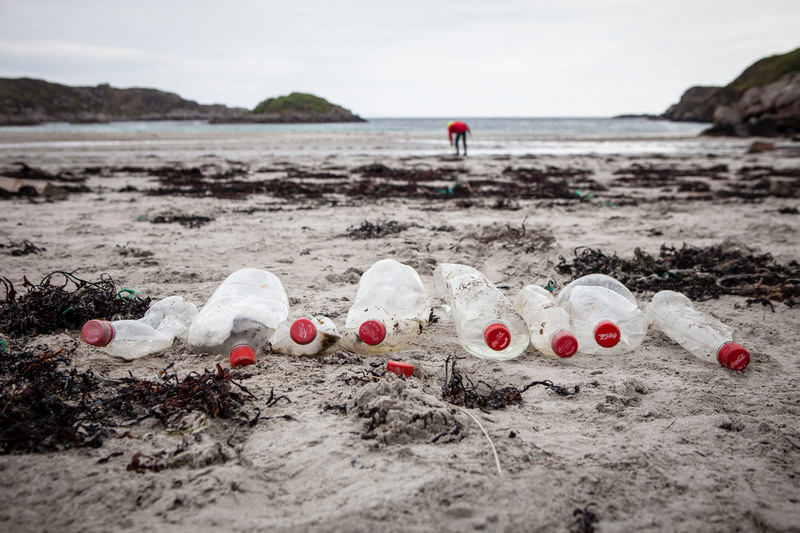 Coca-Cola became the first big brand to announce a commitment to make at least 25% of their packaging reusable or refillable by 2030, according to the 2021 brand audit report (2). While this announcement was a step in the right direction, as one of the top polluting brands in the world, we need Coca-Cola to set more ambitious targets for reducing plastic waste.

Another key player in the plastic pollution game, PepsiCo has indicated their intention, not a confirmed commitment, to set a refill and reuse goal by the end of 2022. 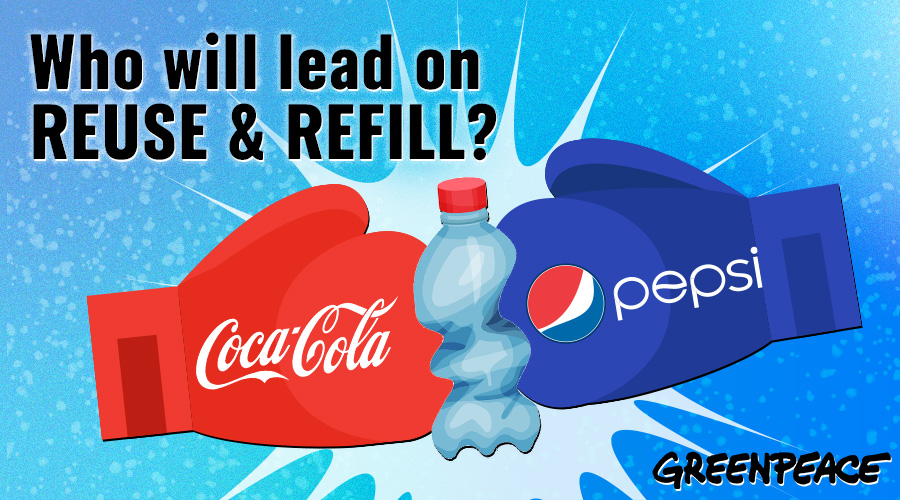 Will Pepsi seize this moment to beat Coca-Cola to a refill and reuse system that can reduce new throwaway plastics from entering our oceans and food systems that are impacting billions of people and wildlife around the world?

Join Greenpeace in turning up the heat on big brands. Sign our petition today calling on Coca-Cola and Pepsi to move to a reuse and refill model and away from polluting single use plastics.

Lisa Ramsden is a Senior Oceans Campaigner at Greenpeace.

Tell Coca-Cola and Pepsi to move away from polluting single use plastics.

(1)  Organisation for Economic Co-operation and Development 2022