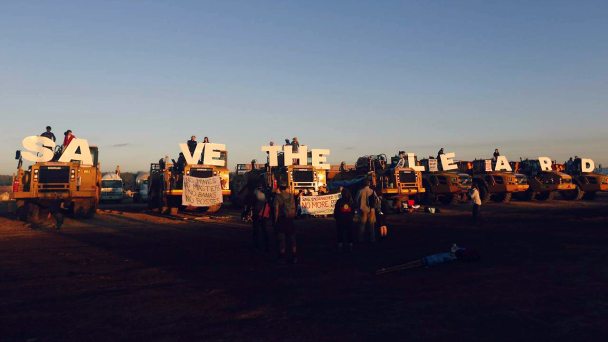 As the global community comes to terms with the dire warning delivered today by the latest report into the impacts of climate change by the Intergovernmental Panel on Climate Change (IPCC), over 150 people are taking direct action, occupying the proposed mine site of Whitehaven’s controversial open cut Maules Creek coal mine – the largest currently under construction in Australia. 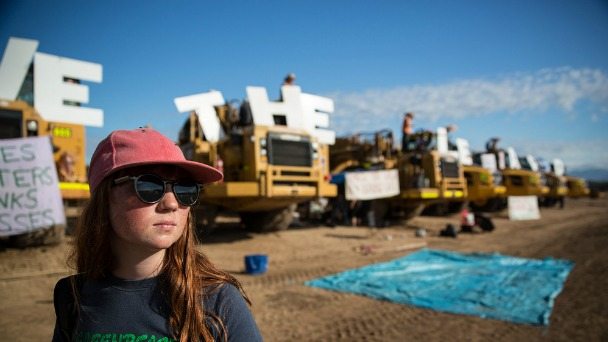 In an unprecedented act, activists walked onto the controversial Maules Creek mine site and immobilised machines, intending to stay in place for as long as possible. They are calling upon Environment Minister Greg Hunt to revoke federal approval for the project, in light of the second part of the alarming IPCC report released today which details oncoming ecological disaster for Australia. 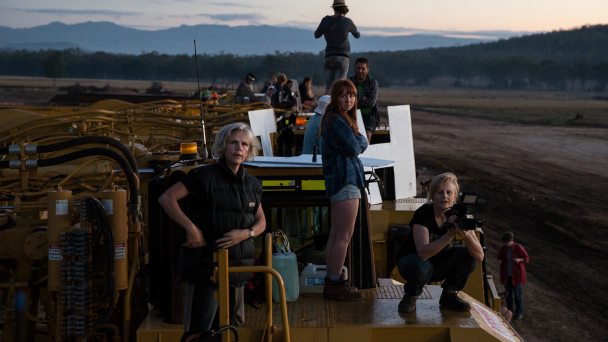 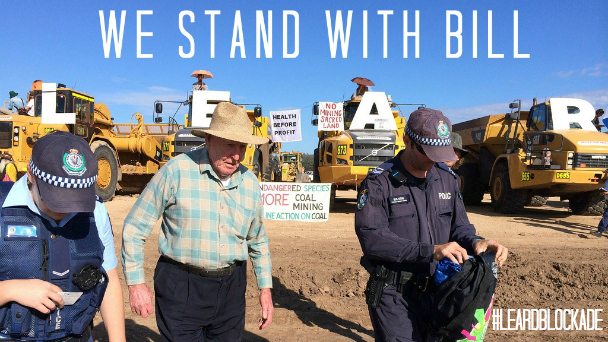 UPDATE, 9:30AM: Police have blocked access on some public roads around the controversial Maules Creek coal project site at Leard State Forest. Police are on site making arrests, citing trespass.

UPDATE, 10:30AM: 23 people have been arrested so far this morning, defending Leard State Forest from coal mining.

UPDATE, 11AM: Report of police using pain compliance and force to arrest people at site of protest against coal mining in Leard State Forest.

UPDATE, 3:30PM: 60+ arrests have been made today at the action against Whitehaven’s Maules Creek coal project near Leard Forest in north west NSW.

For the last few months, hundreds of farmers, Traditional Owners, locals and activists from all over Australia have been protecting the Leard State Forest at Maules Creek in North-Western NSW. Together they have managed to slow Whitehaven’s best efforts to destroy some of Australia’s rarest woodlands and stop the construction of the largest new coal mine currently under construction in Australia.  Over 40 people have been arrested in the area since December in ongoing protests against coal mining in the Leard State Forest.

Donate to help the campaign: https://www.greenpeace.org.au/donate

Thanks to our friends at leardstateforest.tumblr.com and 350.org.au