As people and governments around the world are starting to act on climate change, the Norwegian government is moving in the opposite direction – opening up the remote Arctic for new oil drilling and putting people’s lives at risk.

That is why, in an unprecedented move, we are taking Arctic Oil to court. Winning the case will have impacts around the world and here are four reasons why we believe this case can make history. 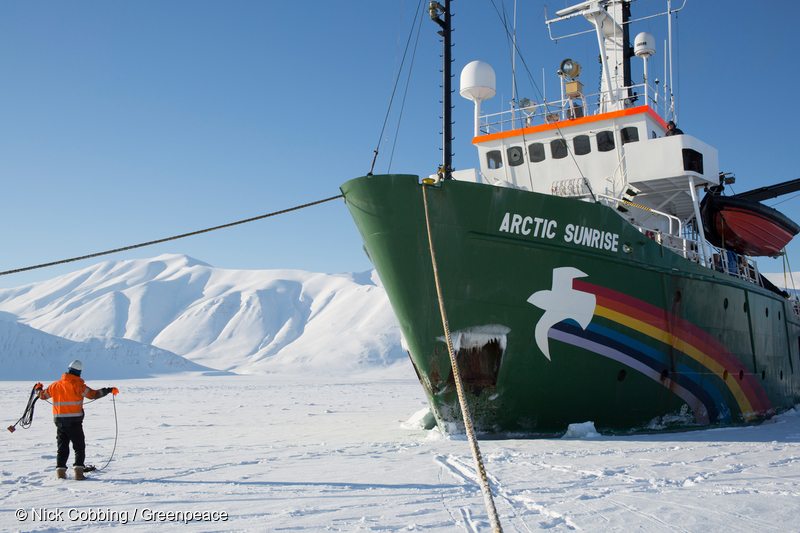 We’re challenging the Norwegian Government’s decision to open up a new oil frontier, based on the Government having violated the terms of the Paris Agreement and the Norwegian Constitution’s Article 112. In short, this Article  determines that it is the duty of the state to grant every person, and future generations, the right to a healthy environment.

What happens in the Courtroom of Oslo has the potential to have a monumental impact around the world. Some 90 countries have a Constitutionally protected right to a healthy environment. Courts in other countries are of course not bound by what gets decided in a Norwegian courtroom under Norwegian law.

However, the rights mentioned above are universal. Further, international legal principles and instruments used to give life to national law are also being used in legal cases around the world. We can expect that future legal proceedings around the world will look at the People vs. Arctic Oil case. 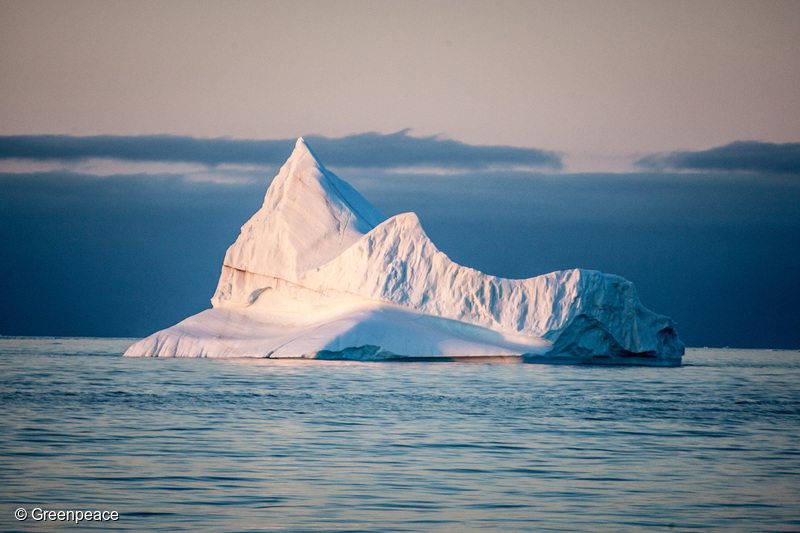 An iceberg in Baffin Bay. Greenpeace is on route to Clyde River, Nunavut, where it will deliver solar panels for the community.

Inspiring and encouraging others to hold politicians accountable

The People vs. Arctic Oil case highlights the power people have in creating change. Movements are built of individual acts of courage. A win in the Oslo district court could inspire and encourage others to stand up and hold politicians accountable of their climate promises and choose people over oil.

With the triumph of renewables it is clear that the age of fossil fuels is ending. We’ve already seen the decline of coal, and oil is next in line. We already have the solutions, now it’s only a matter of ambition. 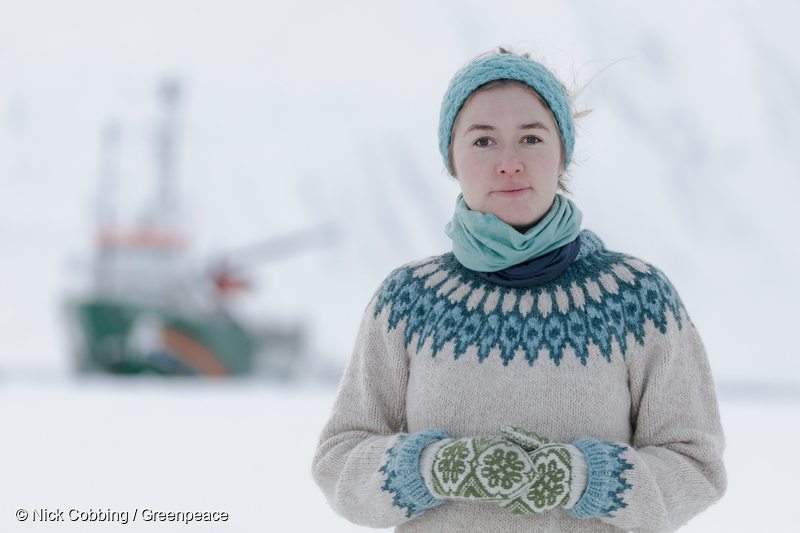 Arctic campaigner Larissa Beumer, alongside the Arctic Sunrise in Svalbard.

If we win, millions of barrels of oil would stay in the ground instead of being burned in the atmosphere. This would be extremely good news for humanity’s battle against climate change, as there is more oil in the existing fields than we can afford to burn.