Get Your Hand Off It! A message to PM Morrison on his first day.

This week we took a trip to Canberra to send an unmissable message to PM Scott Morrison and the coalition on their first day back in parliament. 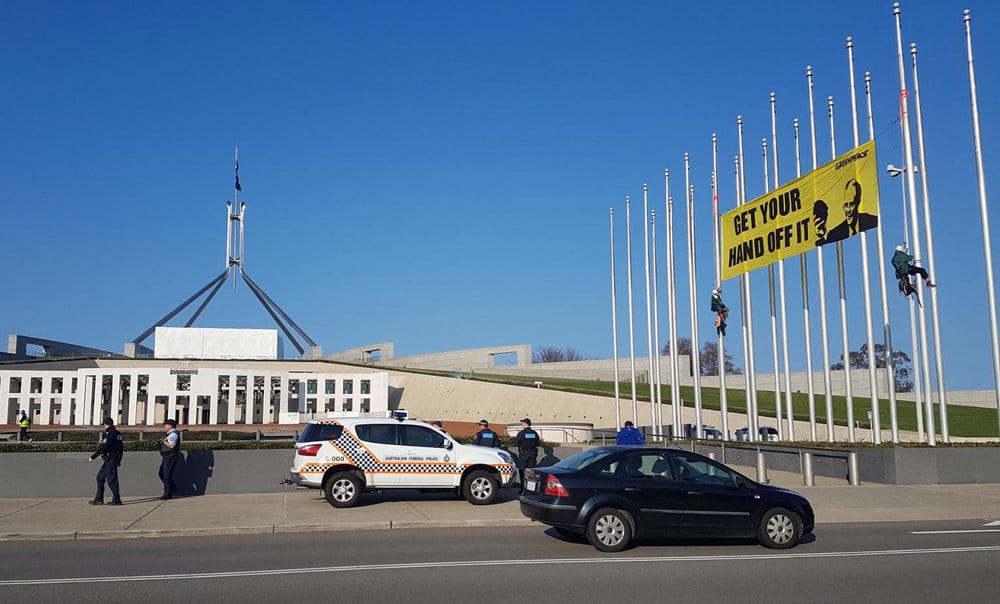 After two weeks of political turmoil and Government infighting that led to yet another toppled PM, we found ourselves with a new leader and an openly coal-loving government with no clear climate policy. There are plans in the works to build more dirty coal power stations, walk away from the global climate agreement and attack groups like Greenpeace for speaking out.

With the government set to ignore the 96% of Australians who want affordable renewable energy solutions in the lead above, it was time to take our message direct to the seat of power and give PM Morrison an unforgettable welcome to his first day as PM.

Watch how the action unfolded on the day:

For over ten years, our leaders have succumbed to the influence of the fossil fuel industry, making action on climate change impossible.

Now, with no intention of reducing carbon pollution, the new Government stands to make things even worse.

That’s why we were there – to remind Australians of the power we have when we unite and resist coal. And thousands of people like you chipped in to make sure our PM knows that too! 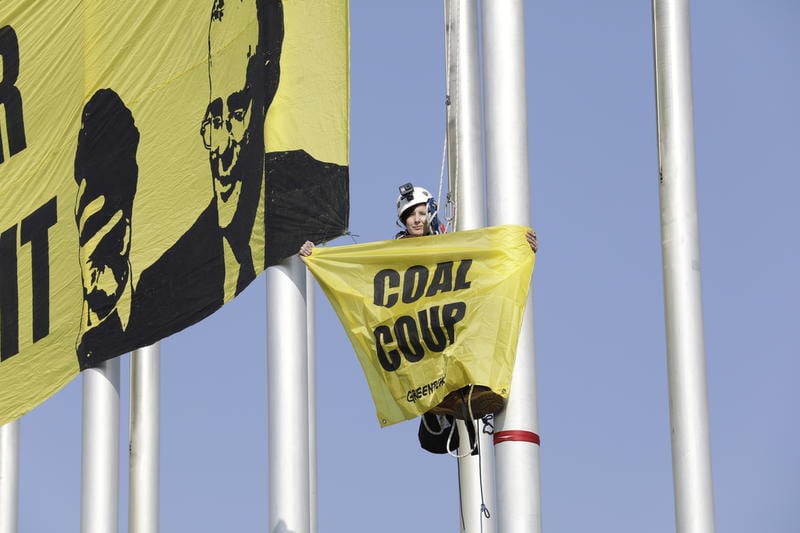 Climber Zoe spells our message out.

On top of our huge banner, we also had these billboard trucks circling around Canberra all day:

Mobile billboards roaming Canberra today. These are funded by everyday people who’ve had enough of our leaders caving to the coal lobby and failing to act on climate change ✊

And here’s our brave climbers Dan and Zoe’s live reports from the hot seat:

LIVE: Zoe, one of the two courageous activists currently hanging from the flagpoles outside parliament house today: “96% of Australians want renewable energy. It’s time for this government to start representing the people.” #resist #auspol #coalcoup pic.twitter.com/J1kqNjuLc0

The protest received widespread news coverage on the major networks, getting our message out far and wide. Here’s Head of Campaign Dom Rowe sending a clear message to the government on 7 News:

“This is exactly what the country needs.” – @RichardDiNatale. Environmental activists have scaled the towering flagpoles outside Parliament House in Canberra, unfurling an enormous banner condemning the coal industry. #auspol #7News pic.twitter.com/AVrh0OxxZ8

Sign the pledge today to resist the dangerous, coal-driven agenda putting our future at risk.

Want to do more? Chip in to power the movement and to be a voice for the environment and for progress in Australia.