Like most people, I don’t go anywhere without my phone. In the morning, its shrill alarm rouses me from sleep. During the day it bobs between my ear, my hand, and my pocket. At night, I hunt for Pokémon before putting it away on the nightstand. My phone is my MP3 player, my camera, and my GPS system—all in one. I really believe that technology is a driving force for good in the world. It makes our lives better. 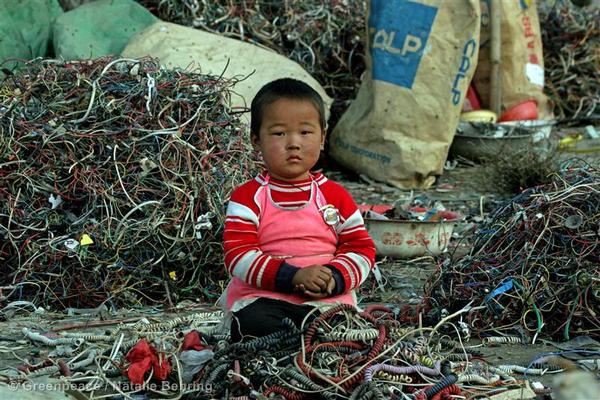 A small Chinese child sitting among cables and e-waste, Guiyu, China. Much of modern electronic equipment contains toxic ingredients. Vast amounts are routinely and often illegally shipped as waste from Europe, USA and Japan to countries in Asia as it is easier and cheaper to dump the problem on poorer countries with lower environmental standards. This practice exposes the workers and communities involved in dismantling e-waste to serious, environmental problems, danger and health hazards. Greenpeace is strongly urging major manufactures to exclude toxic materials from their products.

I’ve spent the last decade teaching people how to repair their electronics—things like smartphones, computers, and tablets. I do it because even though we love our gizmos, we treat them like they’re disposable: things we can use up, throw away, and buy again without a second thought.

Today people go through smartphones like they go through jeans—at the rate of one new phoneevery 24 months or so in the US. A good laptop can be useful for more than five years, but the battery only lasts about two years. And a recent study in Germany found that the lifespan of consumer electronics is getting shorter. Why? Because our stuff breaks more quickly, we tire of it more easily, and we’re more eager to upgrade before it’s necessary.

Phones, laptops, tablets and TV are some of the most energy and resource heavy products we know how to make. Manufacturing a single microchip requires 2,200 gallons of water—and a computer is packed with dozens of chips. Of the 118 elements on the periodic table, 40 of them find their way into our electronics.

That’s 40 natural resources that are often sourced from regions with questionable environmental regulations and little protection for workers. All for gadgets that we use for a few years before tossing away. 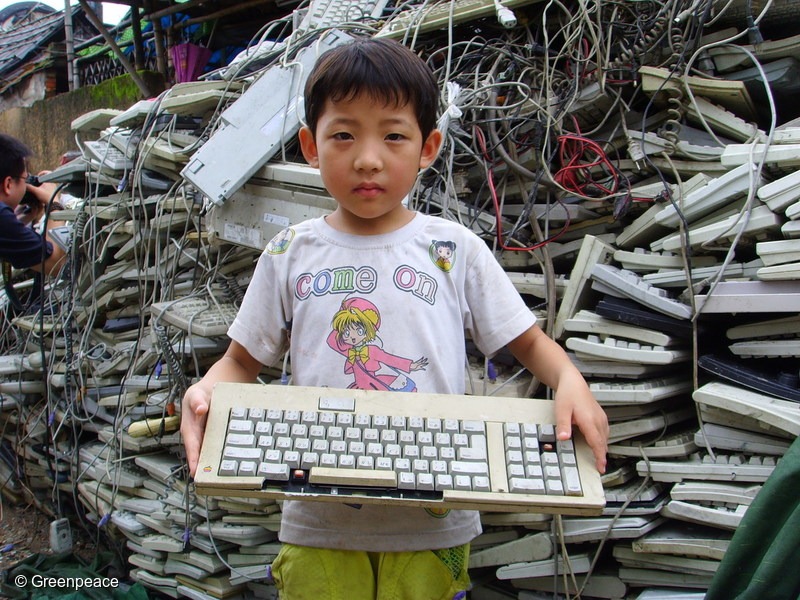 A Chinese child displays a piece of electronic waste. China is quickly becoming the world’s trash bin. As much as 4,000 tonnes of toxic e-waste is discarded every hour. Many electronic products are routinely, and often illegally, shipped from Europe, Japan and the US to China. Dumping them there is cheaper than taking proper care of them at home. Because mobile phones, computers and other electronic products are made using toxic ingredients, workers at yards such as this one in Guiyu, China, risk exposure when they break the products apart by hand, under appalling conditions.

In 2012, the world produced 48.9 million metric tonnes of e-waste. That’s about 43 pounds (19.5kg) for every person on Earth. By next year, the United Nations expects the yearly rate of e-waste to rise to 65.4 million tonnes—an increase of 33%.

The greenest gadget is probably the one you already have…

More stuff isn’t the answer. Every time someone repairs their phone instead of upgrading to a new one, that’s one less phone that needs to be manufactured. Every time someone opens up their laptop and replaces the battery, they’re doing something tangible to reduce e-waste.

My company iFixit helps millions of people around the world fix their stuff—for free—every single year. Often, the people we teach have never repaired anything before in their lives. They’re nervous to open up their gadgets. They’re scared they’ll mess something up. And they’re worried that they’re not allowed to fix their gizmos on their own.

But they can. And they do. I’ve seen moms fixing iPhones for their kids, and those kids in turn fix their grandparent’s computer. That experience—bringing something that was broken back from the dead—is incredibly empowering.

You become something more than just a consumer. Something different. Something better. You’re a fixer. And armed with a screwdriver and a repair manual, you can fix the world—one broken gadget at a time. 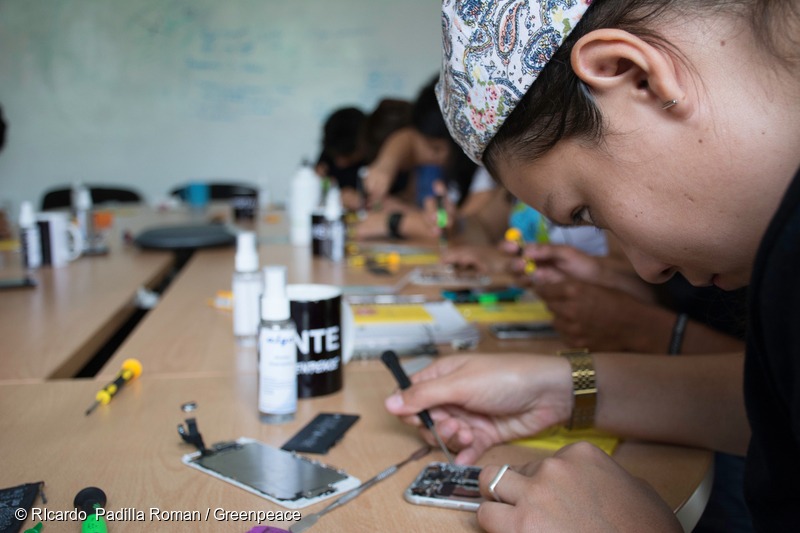 A group of volunteers takes a smartphone repair class at the Greenpeace Mexico office given by a local repair group, Fix Friends. Greenpeace is working with a wide movement of creatives, tech lovers, and activists to redefine innovation and call on the electronics industry to create truly smart gadgets: repairable, durable, clean and toxic free.

Want to fix the world? Here are four easy things you can do:

By Kyle Wiens, the founder and CEO of iFixit, an online repair community and parts retailer internationally renowned for their open resource repair manuals and product teardowns.