If you were faced with the threat of the disappearance of your nation, what would you do? Rt. Hon. Enele Sopoaga Foreword to Te Mana o te Moana: the State of the Climate in the Pacific 2020 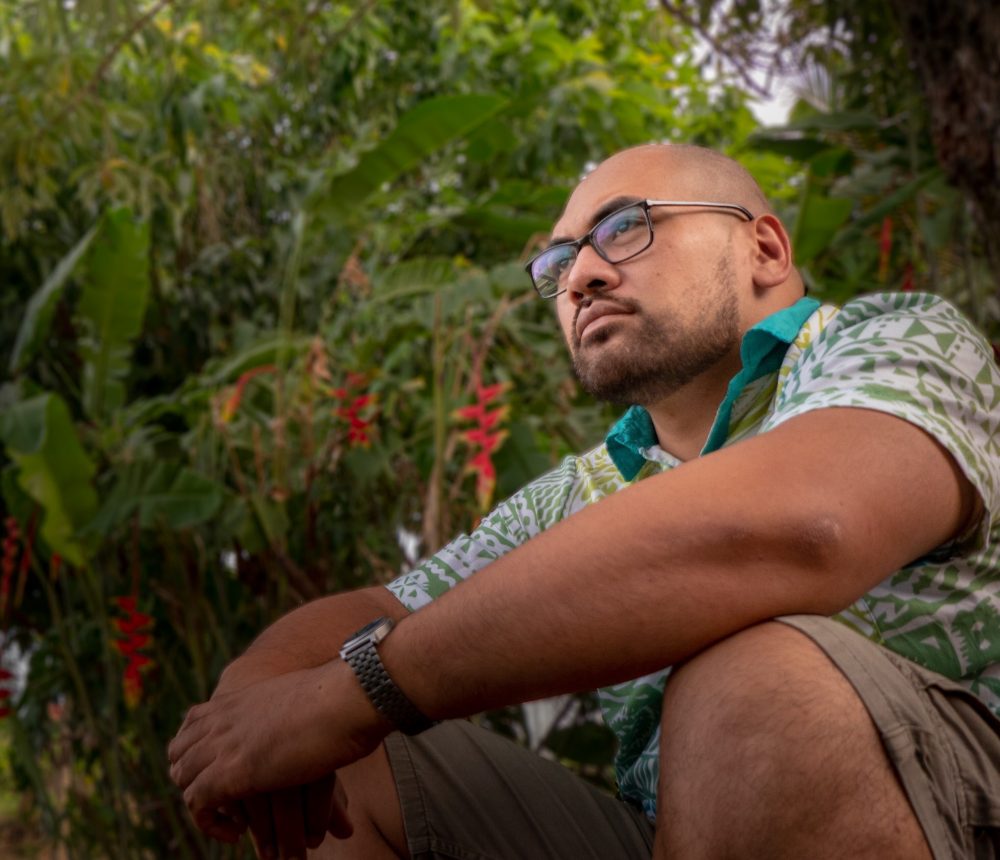 The peoples of the Pacific, despite having contributed almost nothing to global greenhouse emissions, are already facing some of the most severe climate impacts anywhere on Earth.  As inhabitants of predominantly low-lying islands, they have already seen rising sea levels, eroding coastlines, monster cyclones, increased flooding, ocean acidification, dying reefs, destruction of fresh water supplies and more.

Climate change is already destroying their homes, health, livelihoods, and if nothing is done soon, their unique cultures.  Yet Pacific Islanders are not passive victims in this unjust situation.  They are fighting for survival, in their homes, communities, and on the international stage. 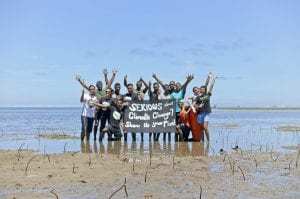 Auimatagi Joseph Moeono-Kolio, is the Head of Pacific at Greenpeace Australia Pacific (GPAP).  A sought-after speaker and climate change advocate, his expertise is in working with Pacific governments in global climate negotiations as well as with grassroots and faith communities.  In 2019, Joe met with key decision-makers and climate advocates from across the region, who outlined the need for a policy-oriented ‘table thumper’ report to support their public and diplomatic lobbying efforts in regional and international negotiations.

In response, GPAP created Te Mana o te Moana: the State of the Climate in the Pacific 2020, launched in December 2020 ahead of international climate conferences in 2021.  It outlines the climate impacts the Pacific has already faced and what impacts are projected to be felt at even 1.5 degrees of warming.  It establishes where responsibility for this situation lies by analysing the current state of global emissions and the inadequacy of the climate reduction commitments of the largest 15 greenhouse gas emitting nations.

The story of the Pacific and climate change is more than just facts and figures – it is a human story. Pacific leaders have highlighted the need to repair the narrative that Pacific Island communities are victims, when they are in actual fact, the world’s foremost moral leaders on this issue, battling a crisis not of their own making.  Interspersed throughout the report are stories of Pacific communities using both indigenous knowledge and modern technology to boost their resiliency in the face of increasingly extreme weather events, as well as food and water insecurity.

creating the climate crisis, but face some of the most severe impacts even at the current level of 1.1 degrees of heating.  As the report details, the highest 15 emitting nations together produce 73.51% of global emissions, while Pacific countries produce just 0.141%.  And yet, Pacific Island communities are leading the way in adopting renewable energies and environmental stewardship.  This makes them powerful moral leaders on the international stage.

In comparison, Australia is a member of the vulnerable global south, but also a top 15 emitting nation.  Its unambitious emissions reduction plan, if extrapolated across all nations, would lock in a catastrophic 2 to 3 degrees of heating by 2100.

What Greenpeace is doing

Greenpeace continues to support the Pacific in its fight against climate change on many fronts.

We continue contributing to the rising tide of litigation against big polluters; our strategic litigation team worked with the Philippines Commission on Human Rights’ investigation into corporate responsibility for the climate crisis, which found that major fossil fuel companies could be held liable for climate change impacts.

We are also supporting Vanuatu’s efforts to achieve the world’s first advisory opinion on climate change from the International Court of Justice in 2021, and we intend to use our niche expertise in the area of Pacific-led climate change negotiation to drum up the necessary international support to seek such an opinion.

And we continue to elevate the stories of people in the Pacific.  In March 2021 we are launching a film on climate change in the Pacific – Finding Hope: Samoa.  It tells the story of how Samoa is confronting the daily onslaught of the climate crisis and explores how their values, faith and culture have fostered innovation, resilience and hope.

When we worked with and listened to Pacific leaders, there was a clear call to reverse the colonial narrative of helpless islanders waiting for a benevolent Western actor to rescue them.  This is why Finding Hope: Samoa is told through the eyes, voices and indigenous wisdom of communities who are fighting to save themselves.  These are peoples who have lived in harmony with the environment for over 3,000 years and have much to teach on how to nurture and respect the Earth we rely on.  We believe that showing audiences the beauty and resilience of Pacific cultures has the power to inspire the same moral courage and care for the environment that is needed to fight the climate crisis around the world.

Finding Hope: Samoa provides a glimpse into what is to befall the rest of the world as the impacts of climate change increase.  The culpability and inadequate action of carbon majors cannot be ignored.  The Pacific’s future is our future, and GPAP will continue to fight alongside the Pacific for however long it takes.

Find out more about how you can support the success of this important film: https://findinghope.greenpeacepacific.org/