All around the world the uptake of electric vehicles are hitting record numbers and growing, so why is Australia at the back of the grid when it comes to electric vehicle ownership?

You might not realise it but Australian cars are dirty. Not because we don’t spend countless hours with a bucket and sponge to make them gleam in our nation’s abundant sunlight, but due to the pollution levels they belch into our atmosphere each time we head out for a drive. In fact, Australian vehicles produce 46% more greenhouse gas pollution than their European equivalents. 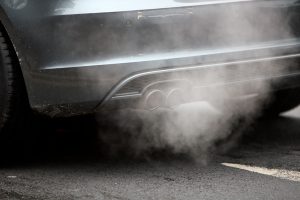 Australian vehicles are significantly worse for our health than their European equivalents. Photo by Jiri Rezac / Greenpeace.

So why are our vehicles impacting our air quality and our climate more than a comparable vehicle in Berlin, Madrid or Paris? It’s because, when it comes to clean transport, for the last 10 years or so Australia has been stuck in the slow lane. If this was the Australian Grand Prix or Bathurst we’d be getting called into the pit lane for a fresh set of tires.

When it comes to laws that will make our transport cleaner, it’s not so much that the wheels have fallen off, it’s that they were never even there in the first place.

Australia is now the only OECD country other than Russia to not have or be introducing fuel efficiency standards (FES). This means that vehicle manufacturers won’t rush to send cleaner vehicles here, keeping Australia at the back of the queue for new technology.

This lack of strong standards isn’t only hurting Australian lungs, it’s hitting us in our wallets as well. If a FES had been introduced back in 2015 when first proposed motorists could have saved $5.9 billion in fuel costs by now.


So we know that a strong Australian fuel efficiency standard will help to protect our health, our environment and our wallets, but what actually is a FES, and what will it achieve if we get one in place?

What are fuel efficiency standards?

FES are rules that require vehicle manufacturers to reduce the amount of pollution from the vehicles they sell. Manufacturers are then liable for fines and penalties if their vehicles don’t meet the required standards. The standards improve over time, eventually reaching a point where only zero emissions vehicles can be sold.

The absence of Australian FES means the country has become a dumping ground for the dirtiest cars. Vehicle manufacturers have no incentive to send electric vehicles to Australia, even as Aussies are crying out for them. We’ve even had the Managing Director of a major car company saying how the company’s head office won’t send cheaper electric vehicles to Australia because of a lack of legislation around CO2.

What will a fuel efficiency standard mean for Australia?

Australia making the decision to introduce a strong fuel efficiency standard will send a message to vehicle manufacturers, charging companies and all Australians that this government understands what needs to be done. It ensures that Australia commits to catching up with the rest of the world and begins taking the steps that are urgently needed.

A fuel efficiency standard benefits Australians in a number of ways:

Climate Change Minister Chris Bowen said recently that we’re suffering due to a ‘decade of denial and delay’ on EVs and we’ve got quite a bit of catching up to do. However, we’ve got examples of what works, and what works best. Australia can create strong FES that tells vehicle manufacturers that Australia is making the transition to electrifying its transport.

Minister Bowen’s speech at the recent National Electric Vehicle Summit got the wheels in motion for the FES that we need, with a consultation process first up to get things moving. What we know is that there will be an opposition wanting to dilute any standard as much as possible – there are vested interests that lose out as Australia cleans up its transport. 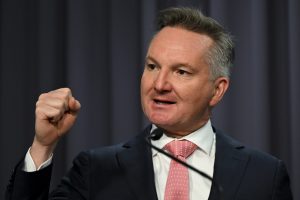 Australian Minister for Climate Change and Energy Chris Bowen has put a fuel efficiency standard up for discussion. Photo by AAP Image/Lukas Coch.

We know that even with all of the positive words and soundbites coming from our government in Canberra that it is vital that the momentum gained for a strong fuel efficiency standard is maintained so that we get the standards that we urgently need.

There are already 16,000 Australians waiting for an electric vehicle, and that’s before we even begin to count the Australians who are considering going electric with their next vehicle. Australia needs to catch up on a decade of policy neglect, so that we are provided with greater choice when choosing our next vehicle. Strong fuel efficiency standards are what can truly jump start the electrification of Australia’s transport. 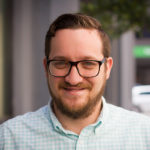