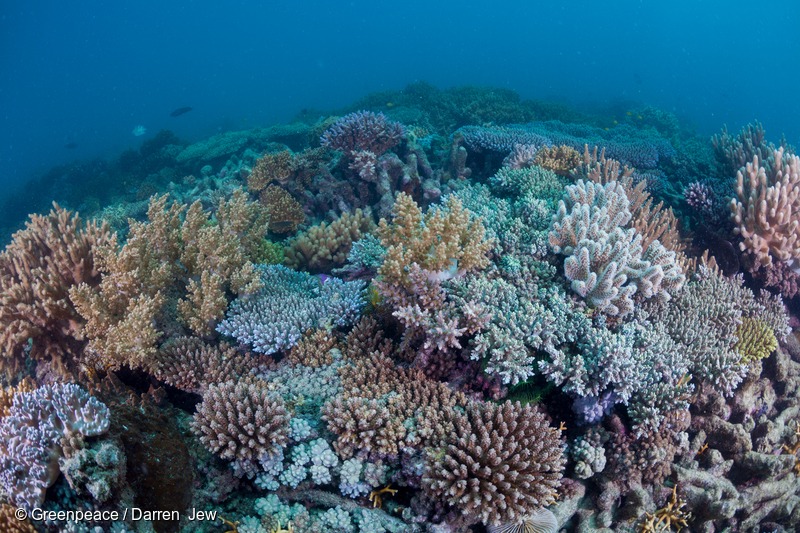 1. The plot is cliché

It’s like something from a James Bond script where an evil villain decides to dig up a massive amount of coal and detonate one of the world’s largest carbon bombs in order to make money for a company with a very dodgy environmental record. When the coal is burnt it will push the world into climate chaos. All of this will be done right on top of one of the seven wonders of the world and kill Nemo. 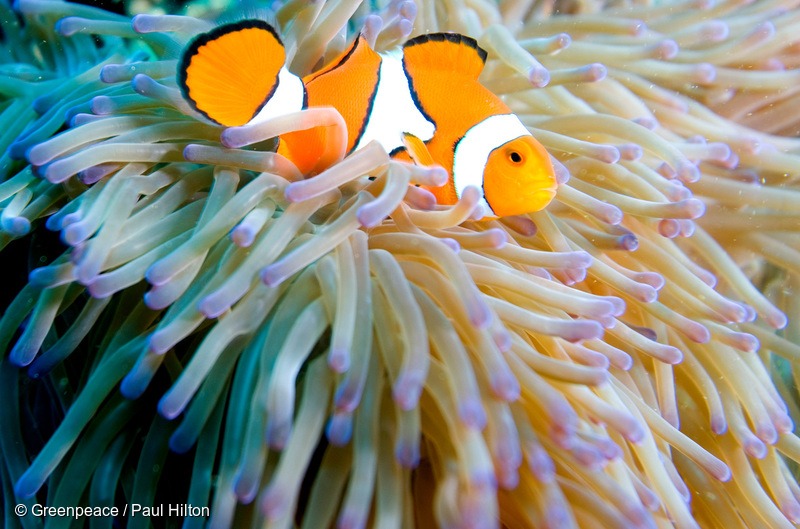 A clown fish and anemone.

Sharks, coral, turtles, schools of tropical fish… the Reef is one of the seven natural wonders of the world and the largest natural feature on earth. It stretches more than 2300 km. At 348,000 square kilometres, the Great Barrier Reef Marine Park is the biggest tropical marine reserve. It is a rich interconnected world where abundant species rely on each other for survival. Many creatures including six of the world’s seven species of marine turtles call this protected area home. 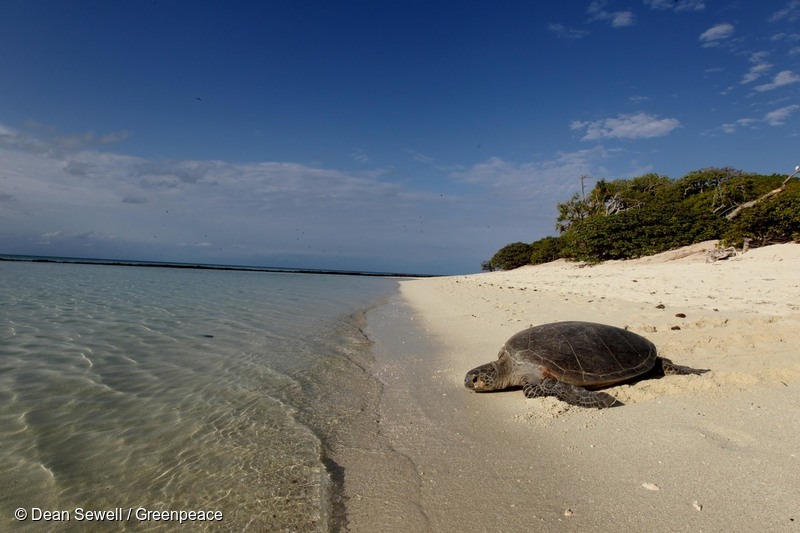 A green returning to the ocean after laying her eggs on Heron Island overnight. The excursion to Heron Island is a fact finding mission to a research station there as part of Greenpeace’s Save the Reef campaign.

3. The plans that threaten it are highly dangerous

There are currently plans to dig out coal inland from the Reef in the Galilee Basin and then ship it straight through the Reef. To do this, there has to be massive infrastructure development, including dredging the reef to build a bigger port. More coal mines means more coal ships and more chances for accidents, spillages and grounding on the reef. The scale of the project is enormous.

If we allow the Adani project to proceed, up to 60 million tonnes of dirty coal could be dug up and shipped out every year from 2018 on. When burnt for electricity, this amount of coal would produce 128.4 million tonnes of CO2, which represents more than 70% of total greenhouse gas emissions by the electricity sector in Australia (179.4 Mt CO2-equivalent).

4. The Great Barrier Reef is threatened by climate change

The Reef is on the front-line of climate change. Already we are seeing that rising ocean temperatures and ocean acidification are bleaching corals and killing the Reef. Just like the canary in the coalmine, the Reef is already showing us the risks and impacts of climate change. The need to take action is urgent – coal must remain in the ground and we must move away from fossil fuels to renewable energy. The idea that we would mine for coal in the very area that is being threatened by climate change is adding insult to injury.

Without funding, the project will not go ahead. Therefore banks and financing institutions can be part of the problem, or part of the solution. A number of banks have already committed to not investing in projects that would damage the reef.

Importantly, none of the major four Australian banks have committed to Reef protection.

We need your help to pressure them to make a stand.

6. We have momentum right now

This year, on February 13th and 14th, people around the globe are taking a hard look at their banks to see if they’re investing in fossil fuels. If their bank is, they’re breaking-up with them. The fossil fuel divestment campaign is the fastest moving divestment campaign in history. Universities and religious institutions have divested. A fossil free pension fund has started in Australia with another due to launch in the UK this year.

This divestment day we can break up with fossil fuels AND save the Reef!

Sign this petition now to make sure that the 4 major Australian banks do not invest in climate chaos and Reef destruction.

Click here to get involved in activities happening near you on the day.

Leanne Minshull is a Climate and Energy Campaigner at Greenpeace International.