Everything is connected through a malformed Political Economy The life of our reef is intimately linked to the health of our politics and the future of our communities. Coal has no role to play.

Everything is connected through a malformed Political Economy

The life of our reef is intimately linked to the health of our politics and the future of our communities. Coal has no role to play. 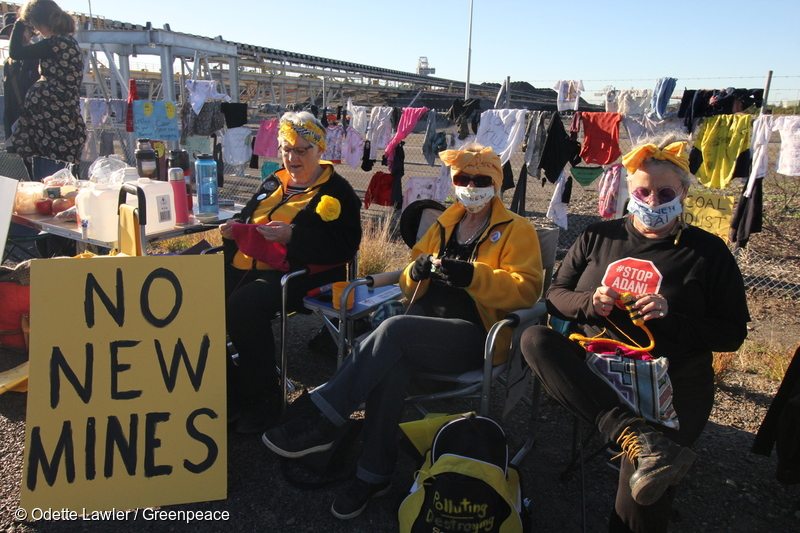 Ten years ago, David Simon’s iconic TV series The Wire portrayed contemporary Baltimore as wracked by illegal drug use, violent crime and failing institutions. But underneath the symptoms were the structures of political economy. As the show’s tagline had it, “everything is connected”. Simons explained that the show was intended to depict “a world in which capital has triumphed completely, labour has been marginalised and moneyed interests have purchased enough political infrastructure to prevent reform.”

A world away and the idea that everything is connected through a malformed political economy is also central to Anna Krien’s recent Quarterly Essay, The Long Goodbye. Coal, Coral and Australia’s Climate Deadlock. In Krien’s Australia, it is the power of the coal industry that is the fundamental problem.

Journeying across Australia, Krien visits proposed mine sites, coastal and inland towns, and snorkels the Great Barrier Reef. Everywhere she goes, there is evidence of the coal industry’s malign influence, distorting civic debate with dodgy jobs figures, marginalising other voices, corrupting politics, thwarting urgent reform for the common good, and driving the carbon pollution that is killing our reef.

With an evocative eye for human detail, Krien shows that in addition to being unsustainable in environmental terms, the coal industry is also terrible for the health of our democracy. The revolving door of elites is “a harmonious shifting of bodies in and out of politics, fossil fuel industry groups, energy and mining companies”. The access enjoyed by coal mining lobbyists (“always happy to see you”) is contrasted with the eminent scientist who can’t get a meeting with the minister.

Regulations are written to suit big coal – not the fresh water, farmland, wildlife or people they are notionally intended to protect. When someone is plucky enough to take the big companies on – a farmer, an Indigenous group, an environmental group – the coal mining companies get into fits of temper about the rules, and politicians are inclined to reward the tantrums by making things even easier.

The economics of coal doesn’t make sense but, says Krien, “it all adds up” because “spending has been locked in, promises made, factions formed, donations offered”. She concludes that Australia’s political system is effectively captive, subject to a “Stockholm syndrome built on donations, royalties, taxes and threats”.

In Krien’s account, the symptoms of coal’s unhealthy influence on Australian politics are seen to spin out in all directions, from the political response to the tenacious struggle of Wangan and Jagalingou traditional owners to stop the Adani mine, to Tony Abbott’s obsessive war on renewable energy, to the distortion of Australia’s global diplomatic agenda.

A broader idea of sustainable business denotes an appreciation that the proper role of business in a democracy and society has limits. It would be for the good of Australia if many of the connections described by Krien could be loosened or severed. “Ban political donations”, says Krien; but there is much more that can be done, including improving freedom of information laws, slamming shut the revolving doors, addressing the crisis in mainstream media diversity, introducing next generation anti-pollution laws, ensuring affected citizens have proper access to environmental justice, imposing the full costs of mine remediation on the perpetrators, and ending all tax breaks to fossil fuel companies and their representatives. And we need a federal Icac.

Perhaps above all, a moratorium on new coal developments is now essential to meeting globally agreed climate targets. But taking the expansion of the coal industry out of the game is not only essential to halting global warming but could also be a bonanza for improving and cleaning up our democracy.

There would also be advantages to the broader business community in doing something about the harmful political influence of the coal industry. Time, money and strategy spent on lobbying could be more productively spent on the kind of innovation and transition that is plainly required.

At present, the vested interests of the fossil fuel industry plainly interfere with the effective operation of market competition – which is why coal, oil and gas continue to receive such obscene subsidies. Meanwhile, the legitimate interests of other sectors are drowned out. Why for example, are the tens of thousands of sustainable jobs in tourism that rely on the Great Barrier Reef valued so lowly by our politicians compared to those who might be employed in digging up coal?

Krien’s quarterly essay makes abundantly clear that the life of our reef is intimately linked to the health of our politics and the future flourishing of our communities. The coal industry is inimical to all of them.