The floods that inundated Australia’s east coast over recent weeks have taken 20 lives, destroyed and damaged thousands of homes and are already estimated to cost the country up to $5 billion. 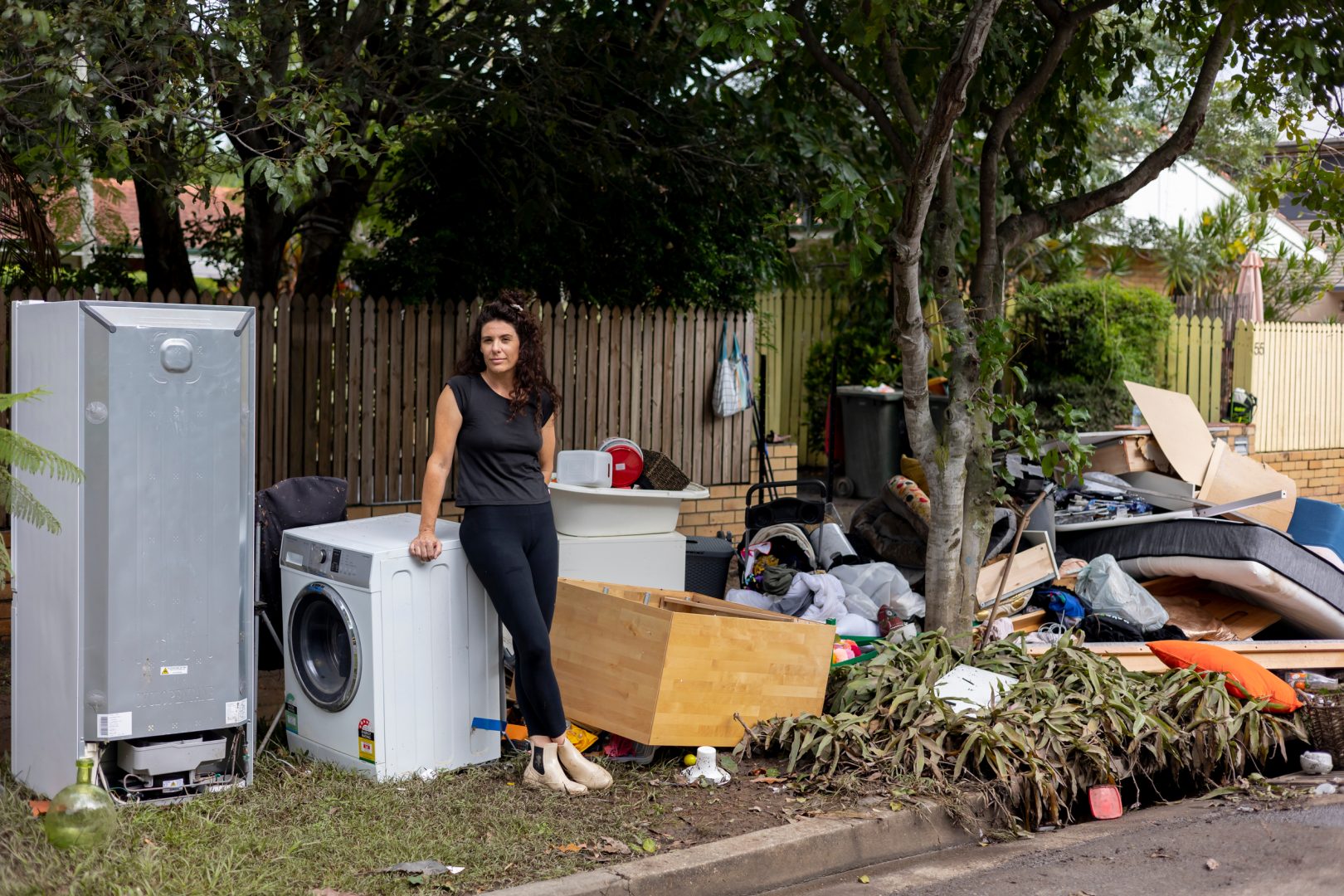 Idoya and her six-year-old son live in an apartment in the suburb of East Brisbane. When floodwaters rose rapidly, Idoya had to evacuate urgently – carrying Fionn through waist high water with only her passport in hand. Their apartment is at the bottom of a slope and close to the river, so was completely inundated. None of their personal belongings were salvageable, and without insurance the pair now need to find a new home and start from scratch. (Tammy Law/Greenpeace)

Australia has always experienced damaging climate impacts such as droughts, bushfires and floods. But climate change is making the severity and frequency of these disasters much worse.

Climate change, driven by the burning of coal, oil, and gas, makes floods more severe. It makes the atmosphere warmer and wetter which increases short and heavy rain events that can cause dangerous flash flooding.

For decades scientists have warned of this but for as long as they have sounded the alarm, our political leaders have hit the snooze button. We are now living in a time of more frequent and intense climate disasters and we are unprepared.

That stark reality was laid bare in southeastern Queensland and northern NSW, where only the bravery and resilience of local residents prevented even more deaths and provided sustenance and comfort in the aftermath. With government support nowhere to be seen, communities stepped in to fill the breach, using jet skis and tinnies to rescue their stranded neighbours and providing food and shelter. 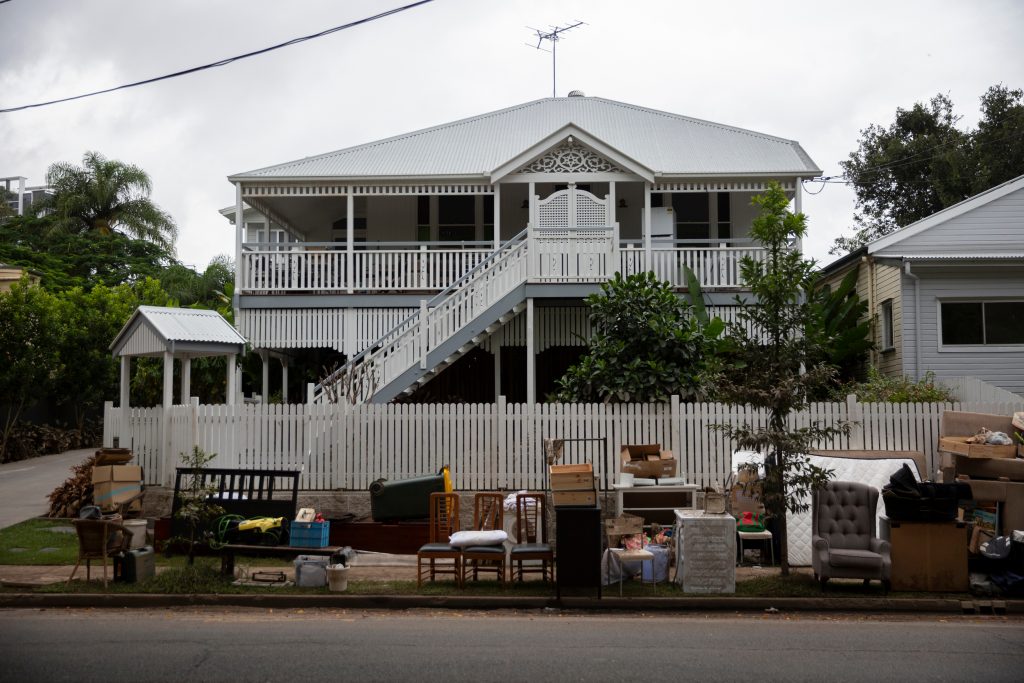 Flood clean up on the streets of Rosalie, Brisbane. (Tammy Law/Greenpeace)

Communities in Northern NSW and Western Sydney have been hit by bushfires, floods, heatwaves and more floods. Disaster after disaster with little time between events makes recovery harder and takes a toll on mental health.

The few steps Scott Morrison and his predecessors have taken have been reactive, misguided and fallen drastically short of the scale of the crises we are now facing. Our federal political leaders have dramatically failed to reduce the emissions that are causing the climate crisis. But perhaps even more damaging, they have perpetuated the myth that they can protect Australians from the deadly impacts of climate change while bankrolling and cheerleading the expansion of coal and gas.

While the companies that are driving the climate crisis have enjoyed unfettered access to governments and government funding, everyday Australians have been left alone. 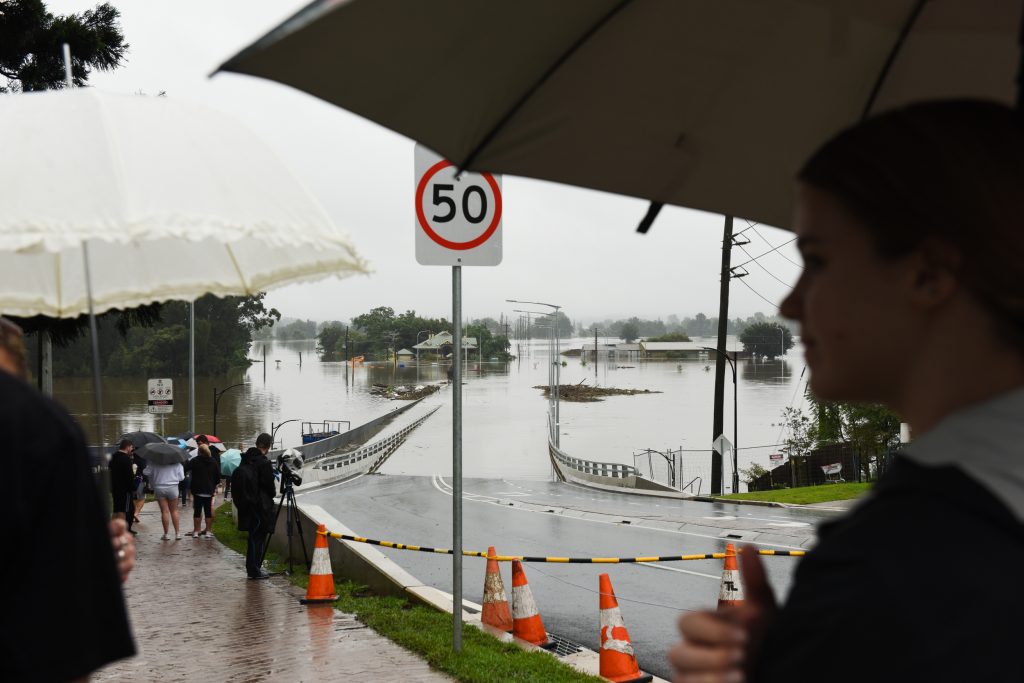 Flooding in New South Wales has forced the evacuation of at least 18,000 people. Scenes from the flooded towns of Windsor and Pitt Town, north-west of Sydney, Australia on 23 March, 2021. (Isabella Moore/Greenpeace)

As the climate crisis worsens, the time has truly come to break this fundamentally broken dynamic. Communities have done the heavy lifting for too long and with disasters coming quicker than ever, there is not enough time for people to recover between events. These mega-floods show that the climate threat to Australia has reached a point where we must make realistic and honest plans for a climate safety net to protect people, alongside harder and faster emissions reduction. This includes vastly increased funding for emergency services and disaster recovery. Sadly, it’s an investment that will pay dividends very quickly, given the frequency with which climate disasters now strike. 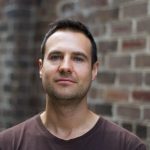