Today I attended a protest in Byron Bay against the Commonwealth Bank supplying the fossil fuel industry with loans. 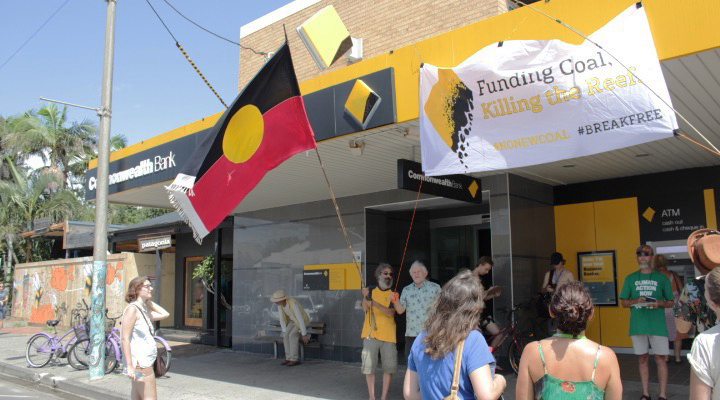 Last year the Commonwealth Bank loaned almost $4 Billion to this industry – way more than any other bank in Australia. 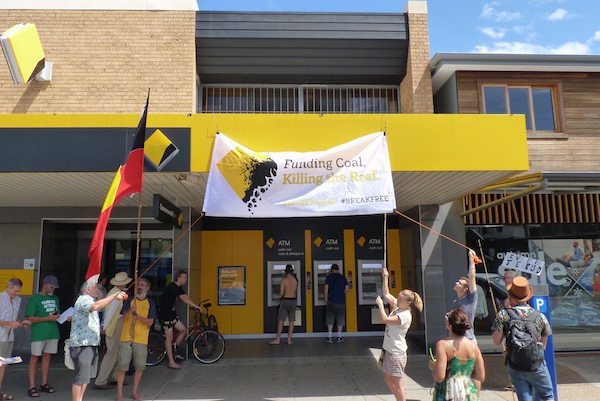 Amazing residents in Byron Bay put up a banner on the CommBank branch to call on them to stop funding coal.

I joined a group of concerned residents to gather petition signatures from the locals.  I talked to one man who had previously worked up at Mackay for the coal industry. He said he had seen some awful things there, including kangaroos drinking black coal water and living trees covered in black coal dust. He also talked about the people working there and how nearly all of them were suffering from depression because of the long hours and isolation. 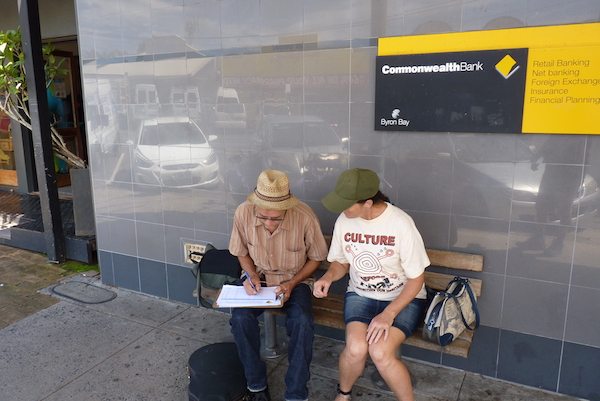 Claire talks to a local outside the Commonwealth Bank who signs the petition calling on them to stop funding coal.

I am really glad I attended today. It was very well organised and I met some like-minded people. I hope our actions will help the Commonwealth Bank decide not to fund the Adani mine or any other coal projects in Australia.

The incredible group of Byron Bay locals who made their voices heard at CommBank today.

You can join these incredible Byron Bay residents in speaking up by signing the petition to CommBank here and joining a Break Free from fossil fuels event in your area here (or make your own like they did!).