Buskers and baristas. Grand final fever and the Great Ocean Road. Idiosyncratic facial hair and indecisive weather. Victoria has it all! But with the state set to go to the polls next week, and the future of clean energy and climate action at stake, what do the voters of Victoria really want? 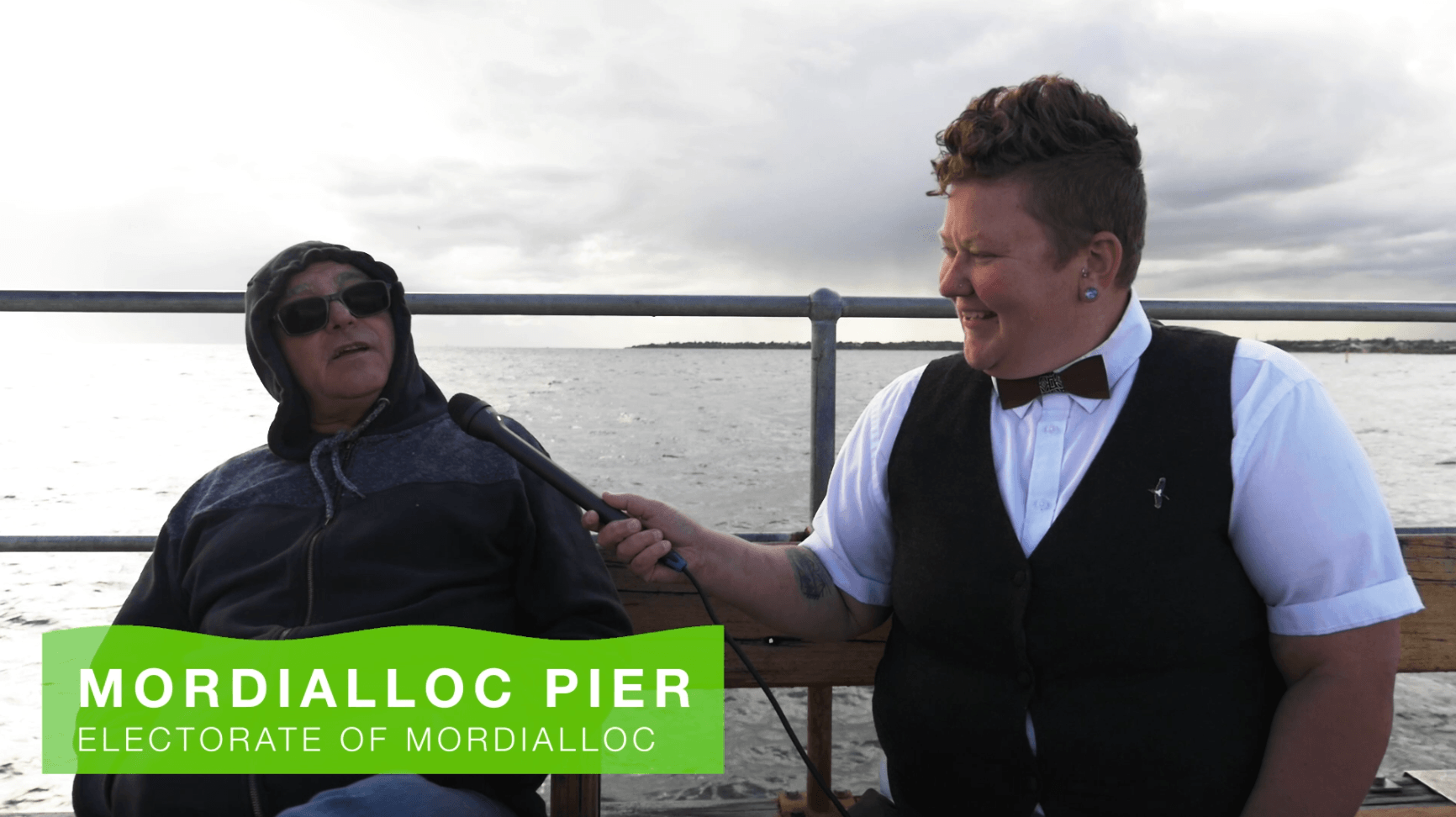 What happens when you throw a load of AFL footballs at a presenter? What does Meat Loaf have to do with renewable energy? Where is everyone in Bentleigh hiding? What’s a pier anyway?

We sent comedian Kirsty Webeck (Tonightly, Melbourne International Comedy Festival) to some of the key swing electorates (Kirsty – “not as raunchy as it sounds”) to find out the answers to these burning questions and more.

The Victorian election is too close to call right now. But one thing is clear: 77% of Victorians want an ambitious clean energy target. And with Liberal Opposition Leader Matthew Guy threatening to demolish Victoria’s hard-fought clean energy progress if elected, voters in Victoria have a big decision to make.

The stakes at next week’s election were made even clearer this week when the Victorian Liberals announced their plan to build a 500MW new power station if elected. It’s a move that reveals an ignorance of climate science and the economics of power generation, as well as a blatant disregard for what Victorian voters want.

We have a real chance to send a message this election: Victorian people care about clean energy and climate action, and we won’t elect a party who doesn’t take it seriously.

As polling day draws closer, our team will be working hard to make sure a clean energy future and a healthy environment are front and centre in this election. Your voice is critical.

Can you share our cheeky video to make sure everyone you know is as informed as can be ahead of the election?​ Share the video now.