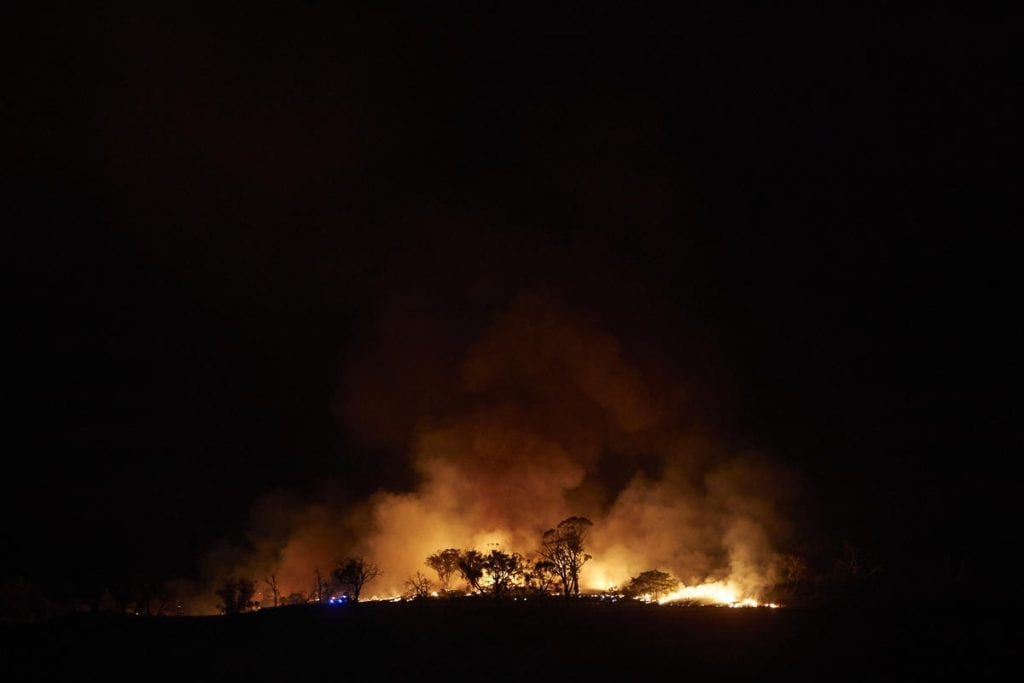 Today, the Australian Government released the final report from the Bushfire Royal Commission. The almost 600-page document contains 80 key recommendations on how to manage the ongoing threat of bushfires.

The report contains a number of worthwhile proposals. It acknowledges the central role of climate change in supercharging last summer’s fires and warns that more extreme weather events are likely to occur throughout Australia in the future due to global heating.

But there is also, at least one glaring omission. While the report says that “direct and indirect disaster costs in Australia are projected to increase from an average of $18.2 billion per year to $39 billion per year by 2050, even without accounting for climate change”. It fails to recommend that the big polluters who have exacerbated climate change should pay for the damage caused by extreme weather events. 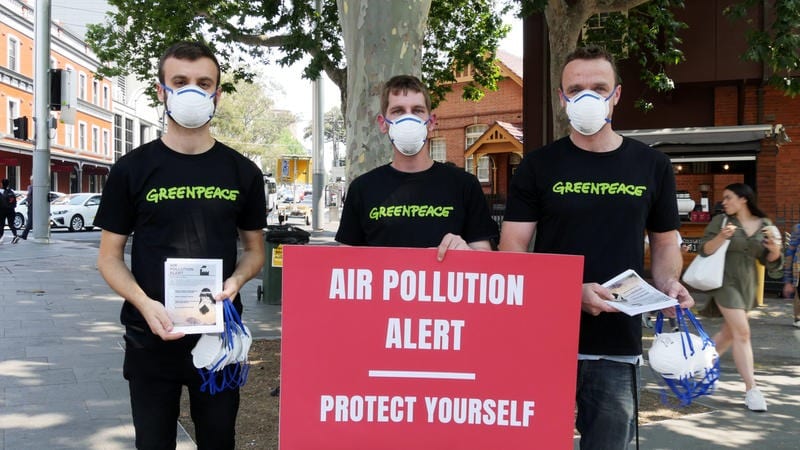 Greenpeace is calling for the country’s biggest polluters to pay for climate disasters like the 2019-20 bushfires, through a levy.

A levy on coal, oil and gas exports of just $12 per tonne, the price of a sandwich, would go some way to repairing the damage routinely wrought by fires and floods.

NSW North Coast resident and bushfire survivor Melinda Plesman, who took the remains of her bushfire-destroyed home to Parliament during the 2019-20 fires, said she was frustrated that the companies that had contributed to the climate crisis were allowed to continue damaging the environment with impunity.

“Almost a year ago, I lost my home to the worst fires Australia has ever endured. I took the burnt remains of my home to Parliament to send a message to Scott Morrison about the impacts of his Government’s support of the coal industry.

“Since my home was destroyed in the fires, the PM has gone from cheerleading coal to aggressively promoting polluting gas, while virtually nothing has been done to accelerate the transition to clean energy sources like wind and solar.”

Polling undertaken for The Australia Institute found that 65 percent of Australians support the introduction of a fossil fuel levy to pay for climate change impacts.

And it’s not surprising when we look at how widespread the impact of the fires were. The bushfires that swept across the nation in late 2019 and early 2020 torched more than 17 million hectares of land, destroyed more than 3,000 homes, and claimed 33 lives. The heavy smoke that permeated our lungs, causing acute respiratory issues, contributed a further 417 deaths.

As a nation, the fires opened our eyes to the wrath of climate change. Hotter, drier conditions – a clear manifestation of climate change – led to the mega blazes that obliterated 21 percent of Australian bushland. And we have all been warned to expect similar and even worsening conditions in the future.

In one way or another, almost 80 percent of Australians were impacted by the bushfires; 57 percent were physically affected by the smoke that blanketed some of our capital cities for weeks.

This was more evidence that we are already living with the often fatal impacts of climate change and it makes sense for the companies that have contributed to the problem to make a contribution to dealing with it.

But we need to go even further. Cleaning up after disasters is vital but we need to strive for a situation where catastrophes are not routine. The first step must be rapidly replacing our ageing and unreliable coal-burning power stations with clean energy sources like wind and solar, backed up by storage.

A move that would be supported by more than 8 in 10 Australians, who per cent support the closure of coal-fired power stations, according to the Climate of the Nation survey. 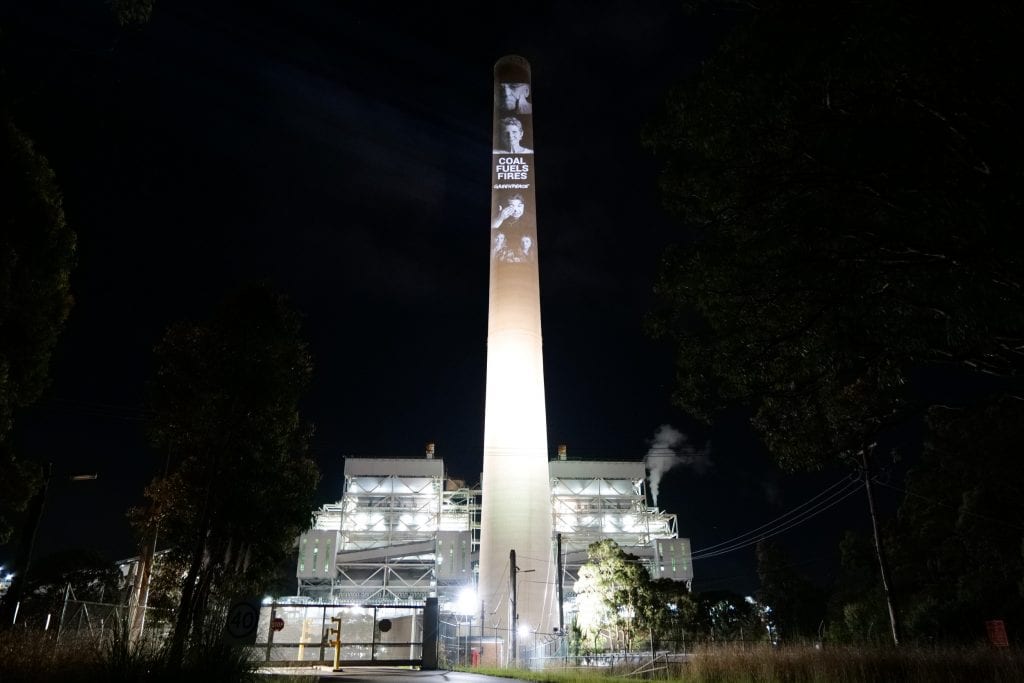 © Kim Nguyen / Greenpeace | To mark the Bushfire Royal Commission handing down its final recommendations, Greenpeace Australia activists have projected images of bushfire survivors onto the surface of Vales Point Power Station in the Hunter Valley with the message “Coal Fuels Fires”.

A couple of nights ago, we beamed a powerful message from bushfire survivors onto a tower at the dirty and polluting Vales Point power station in the NSW Hunter Valley. As the government considers the Bushfire Royal Commission’s final report, we want the message of bushfire survivors to be as clear as our projection on that coal-burning power station in the dark of night: ‘Coal Fuels Fires’. 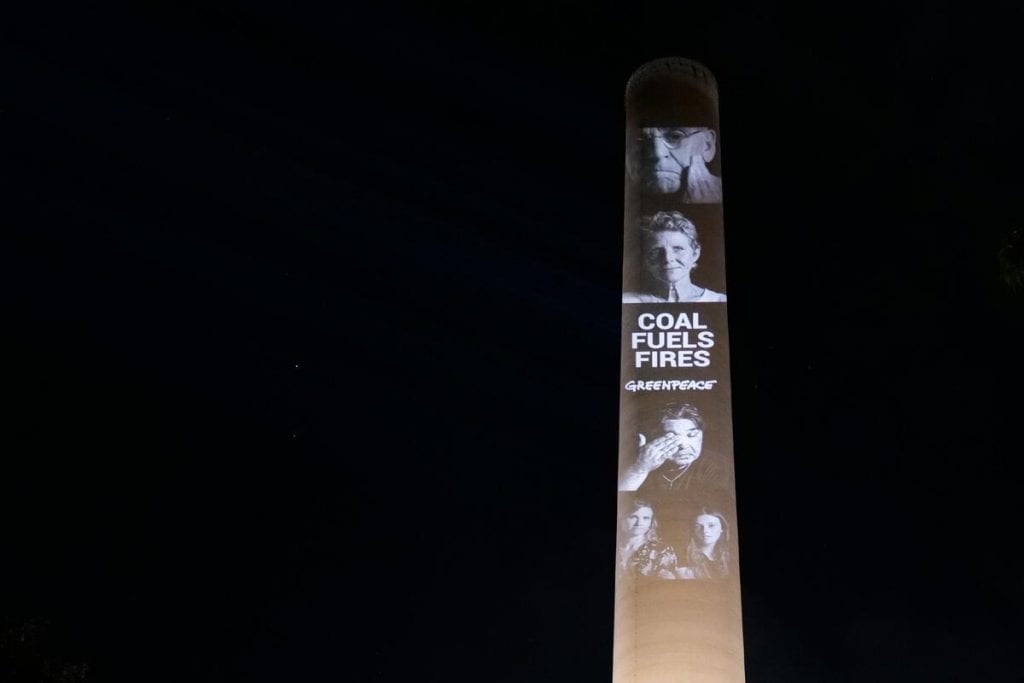 Today, we stand with the residents and community leaders impacted by the fires, and we echo their demands for greater climate action.

We owe it to survivors as well as future generations.