Big Weather (and how to survive it)

The devastation that extreme weather brings, and who should foot the bill?

The summer is approaching and it has been nearly 12 months since last season’s devastating bushfires. ABC’s new three-part series explores what communities have faced and how they’re preparing for the next season. How can we all adapt, survive and thrive with less predictable and more frequent extreme weather? 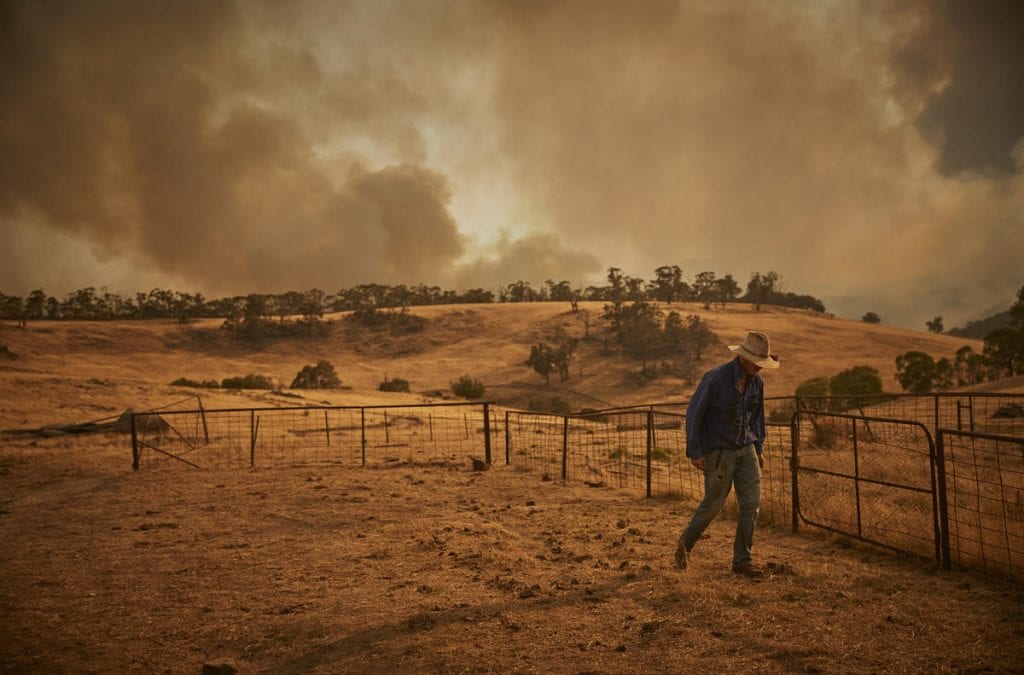 In the ABC’s latest series, Big Weather (and how to survive it), Craig Reucassel takes us on a journey to the frontline of the extreme weather disaster that hit our country.

Australia and the Pacific are no stranger to extreme weather events. Last season’s spring and summer bushfires in Australia put the overall area burned at 35 million hectares – an area larger than England, Greece, the Netherlands and Belgium combined. The fires destroyed vast areas of world heritage, contributed to around 400 human deaths, killed more than three billion creatures, temporarily gave Australian cities the worst air pollution in the world, and directly impacted nearly 80% of the Australian population. Our Pacific Island neighbours bore the brunt of Cyclone Harold in April this year and with a La Niña officially declared in the Pacific we can expect to see tropical cyclones, floods, or landslides in some parts of the region and potential drought in others.

Together with fire chiefs, emergency commissioners and ordinary families, Craig joins emergency preparation efforts and meets with people facing imminent threats of bushfires and flooding. We see strength, resilience and amazing examples of communities coming together to rebuild their lives and livelihoods. What the show doesn’t expose is the culpability of the big polluters who are largely responsible for the worsening climate crisis, nor the need for them to start footing the bill for cleaning up their mess.

Despite the fact that companies like oil giant BHP can annually emit more than the whole of Australia’s domestic emissions – yes you read correctly – a single corporation with emissions greater than those created by 25 million Australians, recovery costs for extreme weather events continue to fall on individuals and taxpayers.

We think it’s beyond time for the big fossil fuel producers to pay for the mess they’re causing.

A National Climate Disaster Fund would help reduce the cost burden of natural disaster response and recovery to Australian households and taxpayers. It should be funded by a levy on coal, gas and oil production, as multinational fossil fuel companies profit from climate change but make a very small contribution to the communities that bear its costs.

Fossil fuel producers and suppliers have known for decades the impact their operations are having on the climate. Yet they charge forward and continue to enjoy government subsidies and tax concessions while putting millions of dollars in the hands of our politicians in their fight for the future of coal, as exposed in Greenpeace Australia Pacific’s Dirty Power: Burnt Country documentary. So why then, in a world that is quickly moving away from dirty fossil fuel towards cheaper renewable energy sources, aren’t these massive polluters footing the bill for cleaning up after an increasing number of extreme climate events?

The major fossil fuel companies have spent billions of dollars on both fueling and denying the climate crisis and have been greenwashing solutions at every turn. For decades they have engaged massive marketing firms and pumped millions of dollars into centreing ‘individual responsibility’ in the climate change debate, and they have been incredibly successful. As a consequence, survivors of extreme climate events, people like you and me, are being unfairly forced to foot the bill for the extreme weather that is ravaging our countries more intensely and more frequently as a result of climate change.

We know that communities make us stronger, and in the absence of decisive action on climate from our nation’s leaders, our communities are all we’ve got. Craig Reucassel’s coverage of what a community goes through to prepare for and survive in an extreme weather event is important viewing and demonstrates why connected communities are better equipped to cope with fires and floods.

In ABC’s Big Weather we see how much work and time needs to go into preparing a local town for fires, floods and sweltering conditions. Volunteer firefighters and families learn about fire safety, what it takes to become a firefighter, and how to respond in dangerous situations. Of course sometimes no amount of preparation is enough, and Craig visits families and communities who lost everything to learn about the true and devastating cost of big weather.

As the BHPs, Glencores and Whitehaven’s of the world continue to pollute and plunder, we must collectively hold them accountable for their contribution to extreme climate events in Australia and the Pacific. We must continue to expose their marketing rhetoric and ensure our collective voices are louder and more persuasive than their fossil fool lobbyists that crawl the halls of Parliament House. We must join together and show our decision makers that our votes are more powerful than the money poured into their election coffers from their polluting mates. We must be bold, targeted and focused and work together to dismantle the levers of power that they continue to wield over our democracy and our way of life in Australia.

There are always ways in which we can individually change our behaviour to make a difference, but to focus disproportionately on individual change would be to detract from the blame that rests squarely at the doorsteps of the Carbon Majors headquarters and those of the directors that run them.

Time is running out for the big polluters and we are coming at them from all angles. Through the courts, through our policy demands and through collective action.

It’s time for the big polluters to cough up for the damage they’re causing to our communities, our futures and our precious planet.

It’s time for the fossil fuel producers to pay a Climate Disaster Levy to help equip our emergency services and prepare our cities and towns for the inevitable big weather that lies ahead.

Please, join our demand for a polluter pays disaster levy.