Australia's coal is powering a global surge in an especially polluting type of steel production, and exporting a massive amount of greenhouse gases — 88% as much as it produces domestically.

Australia’s coal is powering a global surge in an especially polluting type of steel production, and exporting a massive amount of greenhouse gases — 88% as much as it produces domestically.

According to a new report from Greenpeace Australia Pacific, the government’s ambitious coal export plans threaten to overwhelm any emissions gains made as part of the Paris climate agreement.

The Turnbull administration is looking to further ramp up Australia’s metallurgical coal exports by nearly 50% over the next 15 years, which would erase the benefit of Australia achieving its Paris emissions target by more than 3 times over.

Basically, as Australia looks to cut emissions by some 92mt a year to 441mt by 2030, it also intends to export emissions of nearly 650mt. 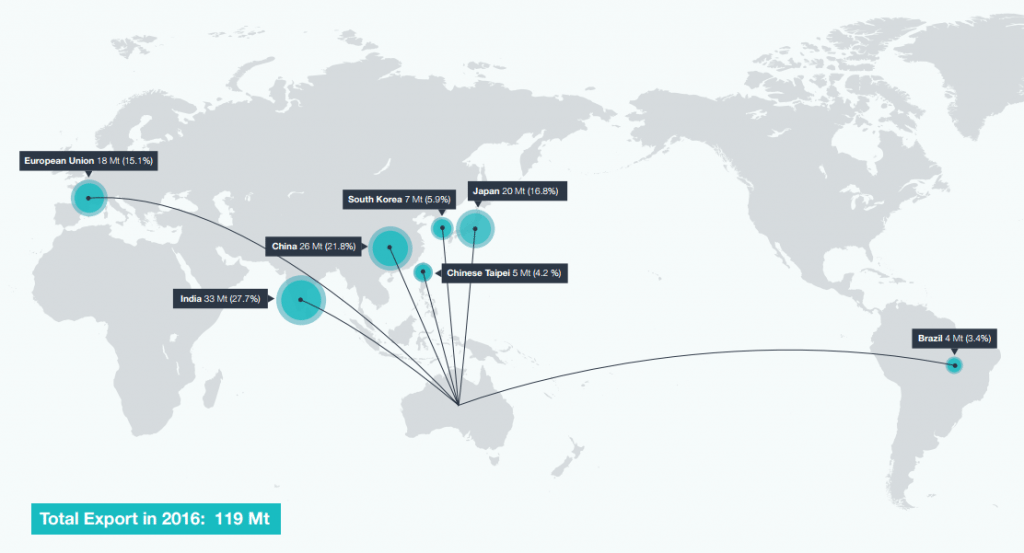 In recent years Australia has become the largest exporter of both iron ore and metallurgical coal, fueling an explosion in blast furnace steel production (and air pollution) in Asia.

The country accounts for around 60% of all the met coal trade, and in the past 20 years, it has accounted for about 90% of the net increase seen globally.

Partly as a consequence, scrap steel recycling rates in China remain among the lowest in the world at about 10%—1/5th of the rates being achieved in the EU and 1/7th of those in the US.

Although steel production accounts for one in every fifteen tonnes of global greenhouse gas emissions, its climate impacts are generally underappreciated.

As Energydesk has previously reported, demand for met coal is predicted to fall dramatically in China as the government shifts from reliance on construction projects and heavy bulk industry to advanced manufacturing and services. 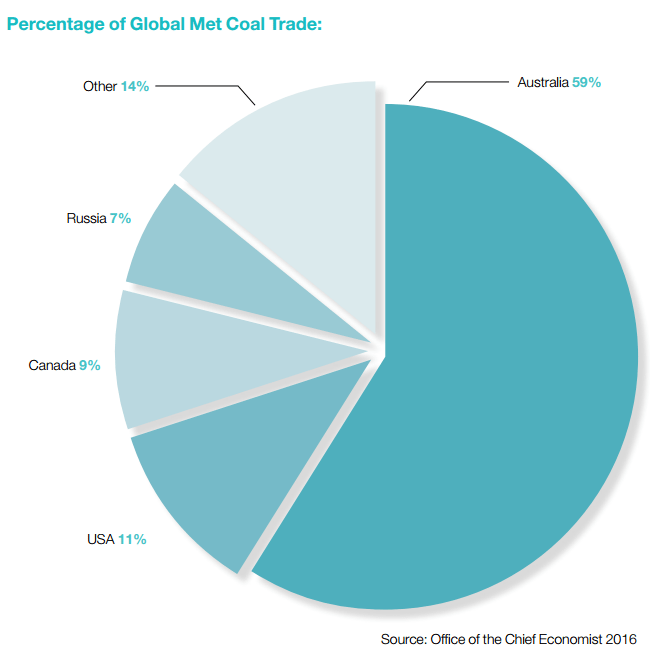 Most of this projected growth is likely to happen in India, where a more than trebling in steel production has been targeted by the government.

But the met coal industry is looking to reverse that situation, and replicate the blast furnace-dominated expansion seen in China in the past 15 years.

This could lock new facilities into coal-dependency, and fuel an increase in annual steel industry emissions of another billion tonnes.

There is actually a cleaner way to make steel.

Roughly a quarter of the world’s crude steel is produced via the electric arc furnace process to which coal is not essential.

In practice, coal may play a part, but on average for every tonne of steel scrap used in an electric arc furnace, 98% less coal is required compared with the conventional blast furnace alternative.

For every tonne of crude steel produced via the electric arc furnace/DRI route, the amount of CO2 produced is cut by around 75%.

In addition to environmental benefits to cutting its met coal drive, Australia could see a big boost to its domestic steel industry.

By providing the cheap raw ingredients underpinning the global glut in Chinese steel, Australia has undermined local producers, something which could be reversed through a phase-out of met coal exports.

But it all boils down to this: Australia simply can’t keep feeding the world’s dirtiest steel production and claim to be part of a globally credible response to climate change.

This post was originally published on Greenpeace Energy Desk, June 9, 2017.