Are Australian Food Labels Up To Scratch?

Her philosophy is all about eating for a better lifestyle. It’s about enjoying food, being educated about food, and truly understanding how it can increase your health, happiness and performance in all aspects of life. You can find her website here and read her blog entry below. 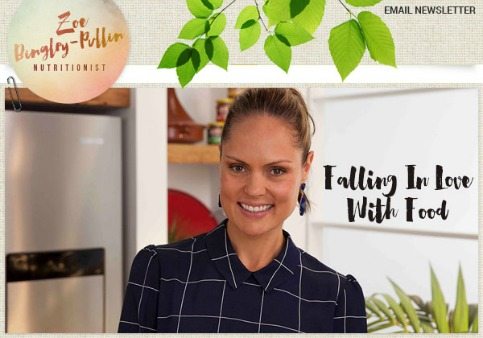 It’s been a nervous few weeks for anyone who has been consuming frozen berries. How did something so high-risk, make its way into our supermarkets and kitchen freezers? This calls for a crack down on food regulation, and how both overseas and local produce is labelled and declared.

In the midst of this, an announcement from the government that there will be a crack down on food importations is both welcome, and well over-due! Not only is it the berries that we need to know about however, have you ever thought about where your fish and other foods are coming from also? Australian food labelling needs a makeover.

While declaring produce’s country of origin, there also needs to be labelling attention given to the type of actual foods. Did you know that current laws say it needs to be declared where a fish is coming from, but not what type of fish it actually is? The need to identify the species of fish you are eating is not just about taste, but more importantly it’s about the serious health impacts that some species pose.

Food Standards Australia New Zealand (FSANZ) advises pregnant women and children under six years old avoid potentially harmful exposure to mercury by limiting their consumption of certain species, such as shark. Greenpeace Oceans campaigner, Nathaniel Pelle explains that, “Shark is commonly sold in fish and chip shops but it is known to be high in mercury content, which pregnant women and kids should avoid,” It is a health risk that our own government advises strongly about, yet current labelling laws doesn’t give us the information to know if we’re eating a fresh Flathead off the Australian coast, or a cheap imitation from South America- not even major frozen food companies or large chain restaurants are legally required to disclose what fish we’re actually consuming. Kind of sickening isn’t it?

Seafood is one of my favourite foods to cook with, when I’m assured of beautiful quality produce, and an amazing initiative that is trying to force this responsibility on the Australian government is the Label My Fish alliance. This initiative demands clearer seafood labelling across what type of fish it is, where it is from, and how it was caught and produced. Backed by Greenpeace, the Australian Marine Conservation Society, Taronga Zoo, prominent chefs such as Peter Gilmore, author Sarah Wilson, and many more, Label My Fish now needs your belief in proper Australian food labelling…