The Amazon is burning as the world looks on in horror. But who and what is really to blame? 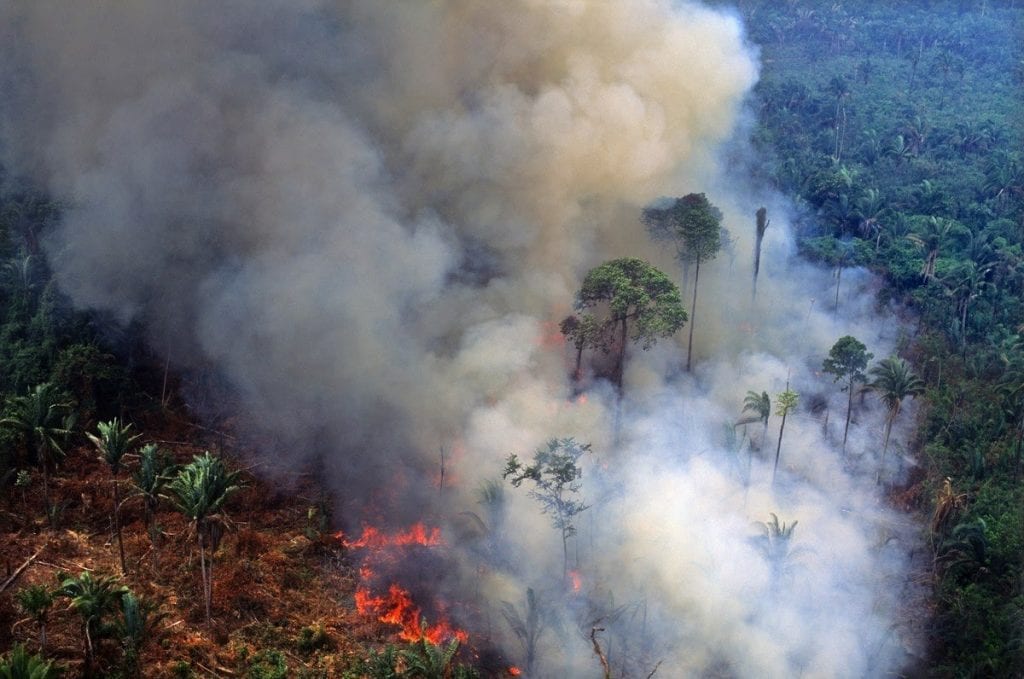 The world stopped this week to follow the news about the burning of the Amazon. Smoke traveled to the great cities of the Amazon, but also far away from it, in the state of Sao Paulo and even in Paraná. The fires are visible from space. 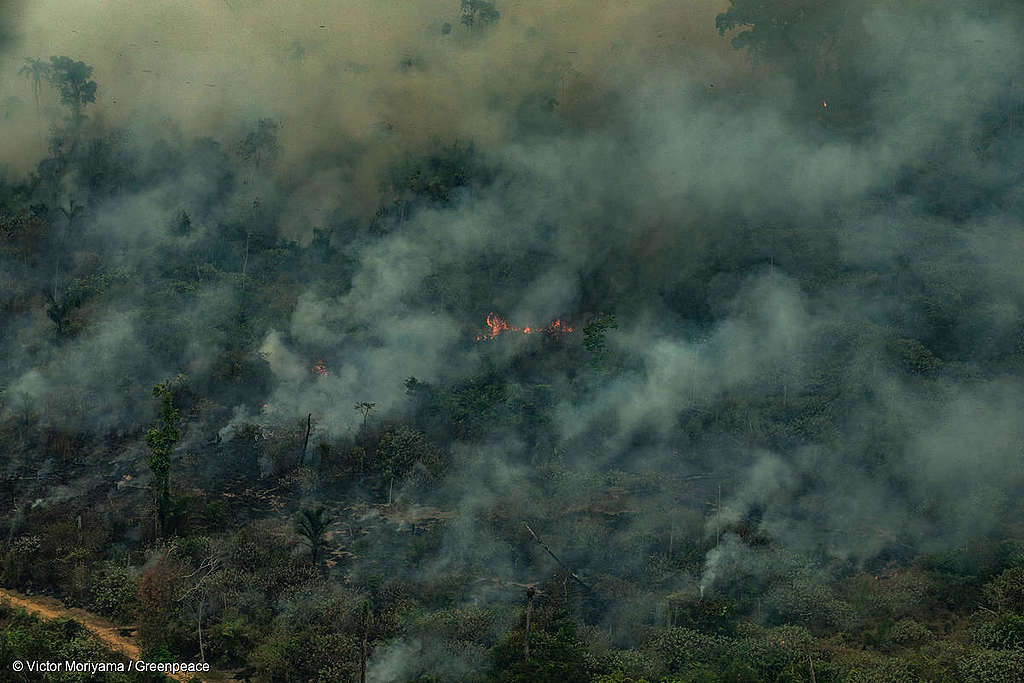 On August 23, 2019, Greenpeace flew over several areas of the Amazon rainforest to document the fires that are drawing the world’s attention. © 2019 Victor Moriyama / Greenpeace

The so-called “fire season” is not new in Brazil, but this year the hot flashes in the Amazon increased significantly. From January to August 20, the number of burnings in the region was 145% higher than in the same period of 2018.

Deforestation and Burning: Why Are They Connected?

Forest fires are closely linked to the deforestation process. This is because most of the time fire is used to “clear” the area after clearing the forest, preparing the land for livestock.  Thus, in a vicious cycle, in addition to deforestation, burning contributes to global warming, releasing more CO2 into the atmosphere and fueling the climate emergency.

Signs that the forest could be cleared and nothing will happen to those responsible are being given clearly by the current government. Those who deforest and destroy the Amazon are encouraged by the Bolsonaro government’s speech that, since taking office, has not taken any action to curb deforestation. According to a report in the newspaper Folha de S. Paulo , for example, between January and April 2019 there was a 70% drop in inspection operations carried out in the Amazon.

The largest rainforest in the world and all its biodiversity are seriously threatened. And that creates a risk for all of us, even those who do not live in the northern region of the country, as fire contributes to greenhouse gas emissions in Brazil, affecting the planet’s climate balance. The destruction of the Amazon seriously contributes to deepening the current climate crisis!

And what is Greenpeace doing about it?

With the support of our donors, each year we conduct monitoring overflights of the Amazon region. On August 23, 2019 we flew over to document this year’s heavy burns and found bleak images like these: 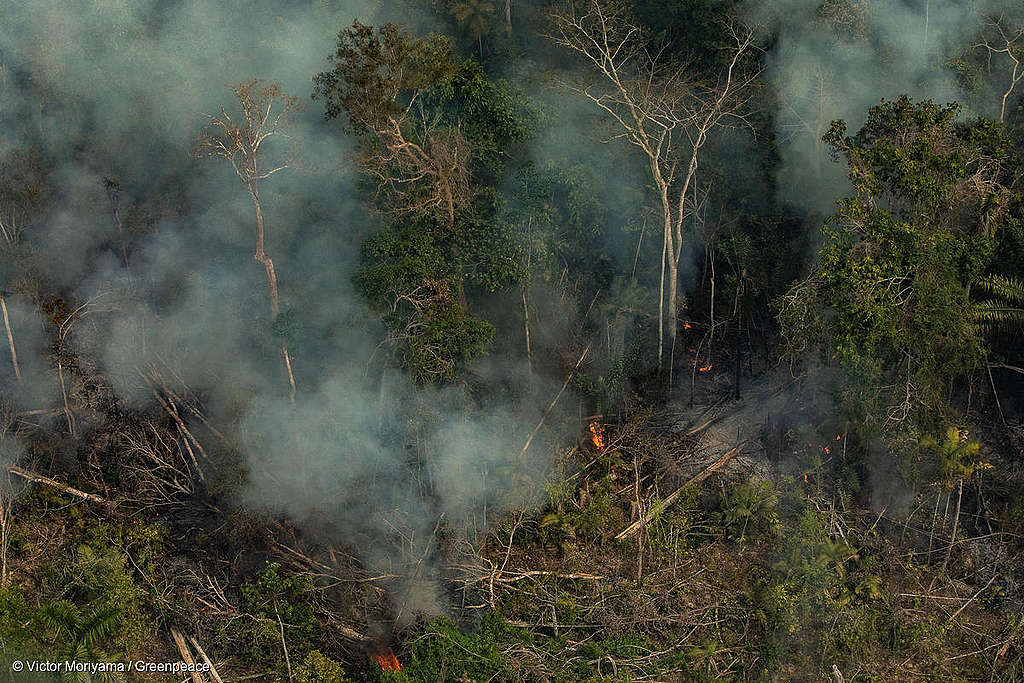 Overflying on August 23, Greenpeace documented the burning of the Amazon. © 2019 Victor Moriyama / Greenpeace 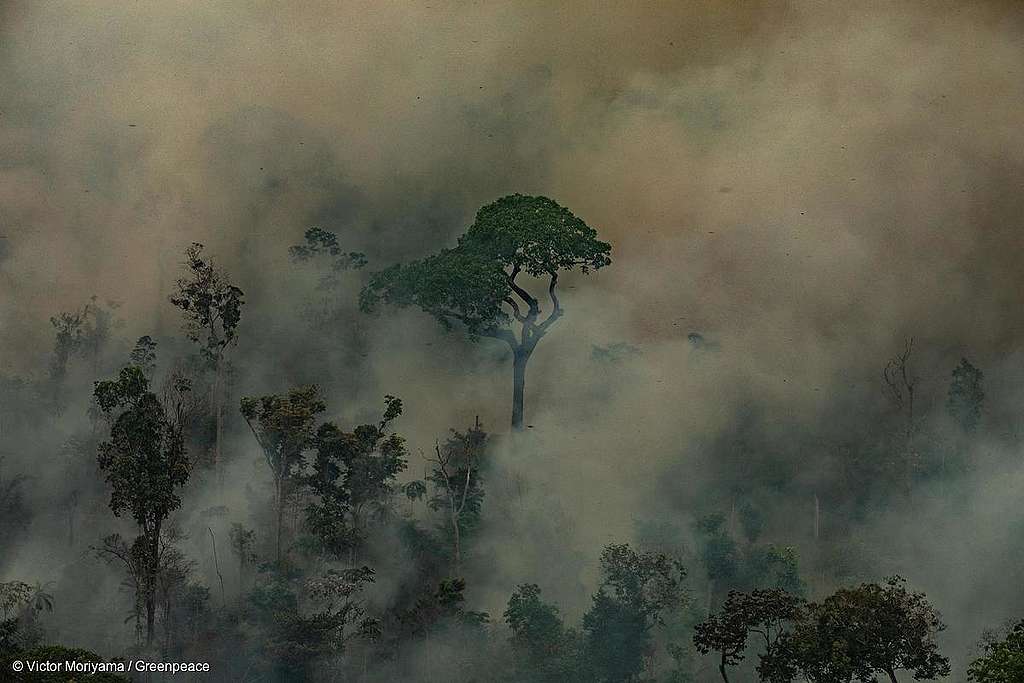 On August 23, 2019, Greenpeace flew over several areas of the Amazon rainforest to document the fires that are drawing the world’s attention. © 2019 Victor Moriyama / Greenpeace 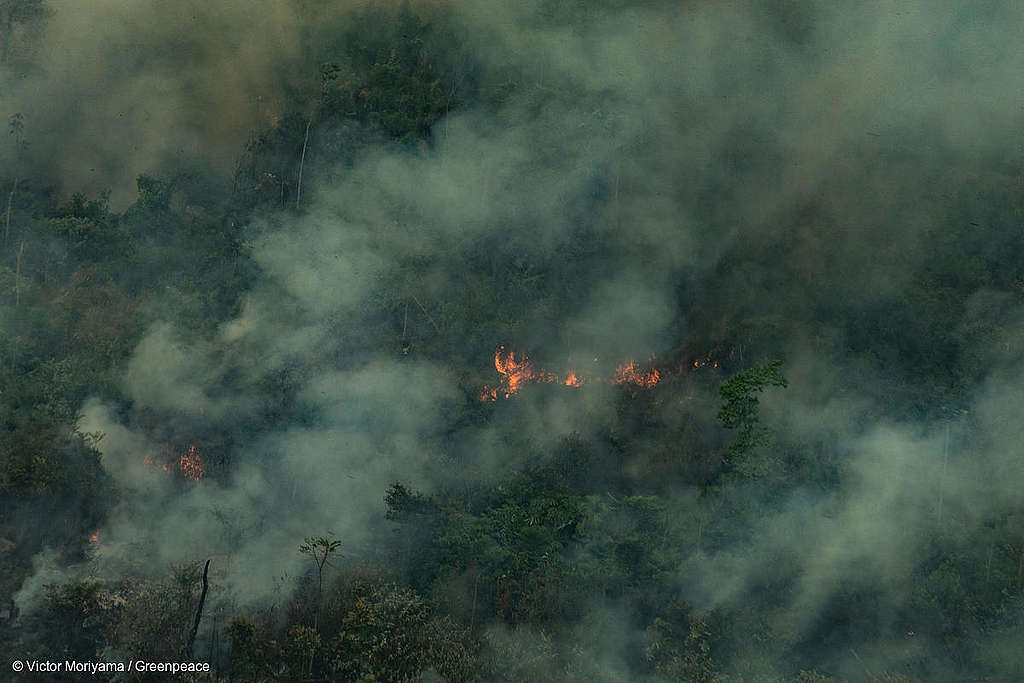 Overflying on August 23, Greenpeace documented the burning of the Amazon. © 2019 Victor Moriyama / Greenpeace

Last year we showed the world the damage left by the fire between the states of Amazonas, Acre and Rondônia. During the research, we identified active outbreaks especially around and within protected areas such as Indigenous Lands (TI) and Conservation Units, which pose a major risk to their conservation.

In 2019, since the beginning of the year, we have been pressuring the authorities and denouncing, through our communication channels and in the press, the progress of deforestation and the dismantling of Brazil’s environmental policy. We continue to monitor the forest and support its people who, with their traditional way of life, prevent environmental degradation. We will continue to do more and more for the protection of the Amazon. We still have a lot of work to do! So if you wonder how you can help save the world today, the answer is helping Greenpeace with your donation.

Show right now that you also want to secure the future for future generations!