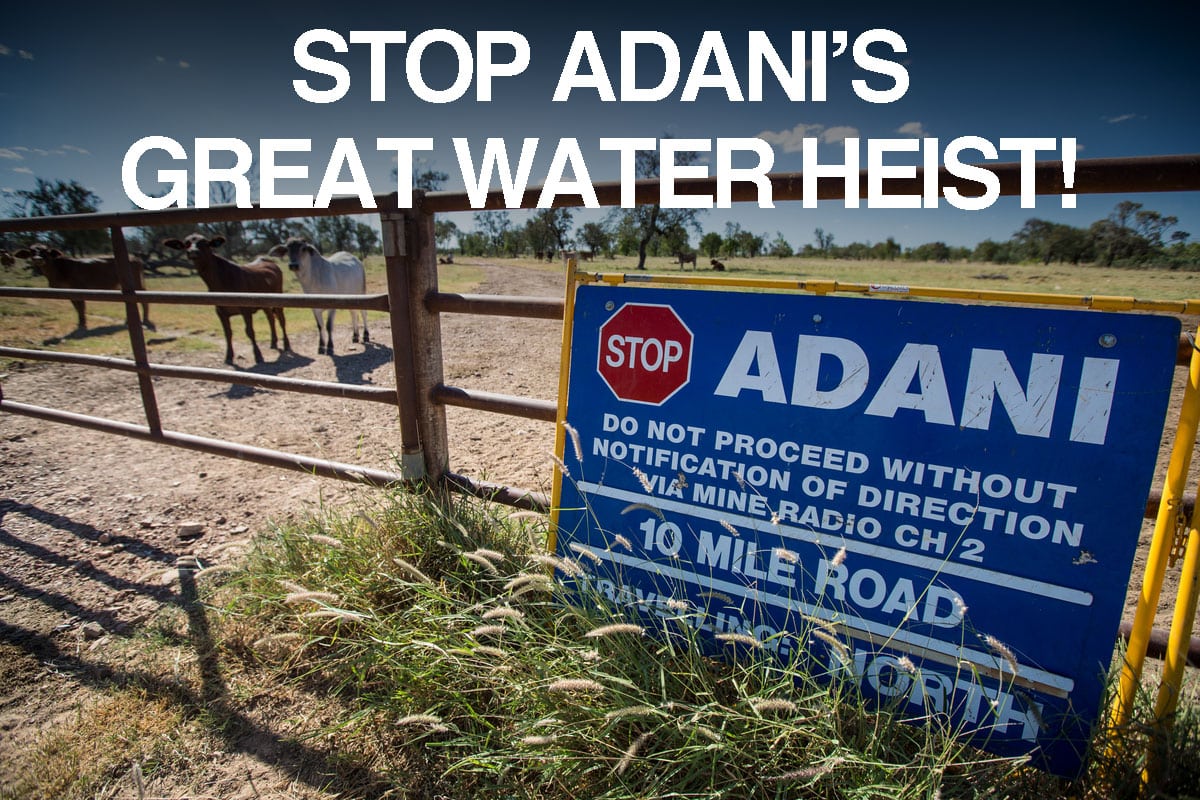 We all know that Australia is a very hot and dry continent. In coming years and decades, droughts and water shortages are likely to become longer and harsher. Water is essential for all life and a resource that needs the strongest possible protection by our governments.

But did you know that water impacts of large coal mines and coal seam gas fields have only been protected under federal law for five years? In 2013, an independent MP for New England, Tony Windsor, managed to get a “water trigger” in federal law after farmers were worried about the water impacts of mines on the Liverpool Plains.

So if you want to build one of the biggest new open-cut coal mines in the world, but you need a 61-kilometre pipeline that will pump 12.5 billion litres of water a year out of the Suttor River to water your coal stockpiles, what do you do? 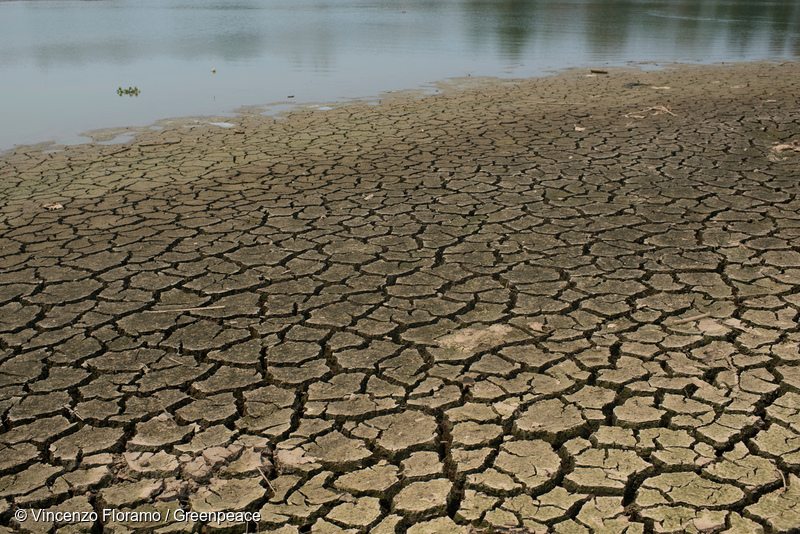 That’s right, I’m talking about Adani Australia, and it’s trying a sneaky trick – and unless we stand up to this reckless coal company, it might just pull it off.

To avoid any national scrutiny of its massive water use in drought-stricken Queensland, Adani applied for its coal mine and rail line without including the water source. That meant that the full impacts of the mine on Australia’s precious water supplies were never assessed.

Now it has applied for the water scheme, but since the “water trigger” only applies to large coal mines and coal seam gas, Adani is arguing that the water scheme is not a coal mine. It’s a bit of a mental stretch because Adani argued in the same breath that the mammoth scheme has to be approved because it’s critical for the coal mine to go ahead. It even used a separate company, “Adani Infrastructure” to apply for the water scheme.

Normally the law doesn’t let you do that if your mine is a “component of a larger action”. But Adani got around that by waiting until the coal mine and rail line were approved, and then did the big reveal on the huge river-pumping scheme.

How dodgy is that?

Let’s make sure they don’t get away with it – email the Federal Government and ask them to make sure the water impacts of Adani’s mine are fully assessed.

Click here to write your submission. We’ve made it very easy and provided talking points.