5 reasons why Thursday was awesome

If you work in an office every day (like me) it’s pretty easy to get lost in the day to day challenges, and deadlines, and office politics, and making plans for future projects, and sneakily thinking about what you’re going to do on the weekend... You know. The usual. 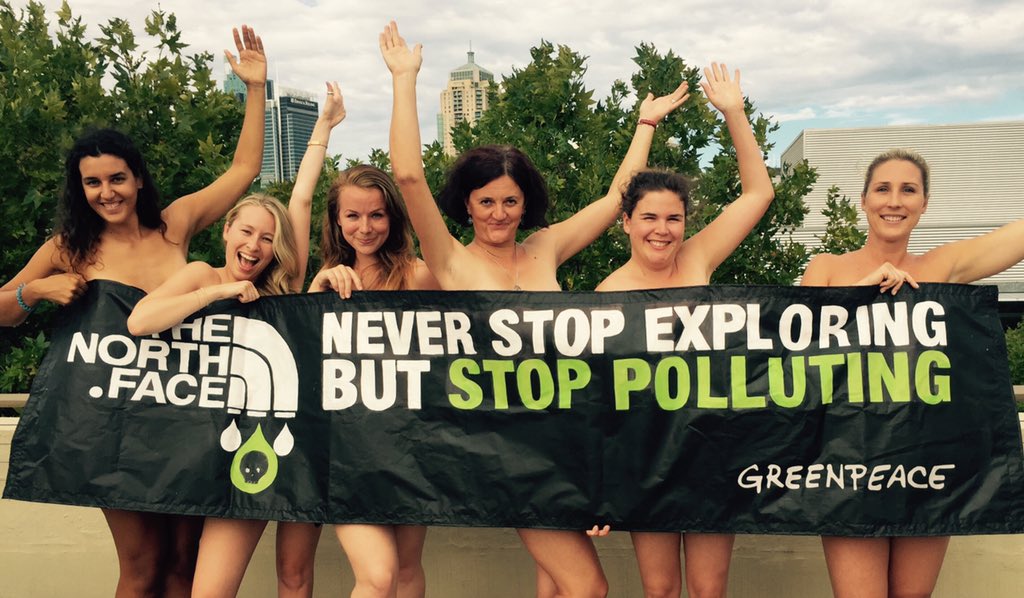 And this was no ordinary Thursday, it was a day that we all won.

Not only did we win, but we saw new movements powerfully register their voice and objections.

Here’s a quick run down, with a spoiler warning that this could make you very happy…

So, the day started with AGL declaring they would stop their coal seam gas projects. This is a direct result of tireless campaigning from a wide range of groups. The billion dollar coal seam gas project would have had devastating impacts on communities, as well as our climate. This is huge, and definitely reason to celebrate by itself.

Sadly this good news for the climate was offset by the news that our government is slashing the CSIRO, with up to 350 job losses for climate scientists over two years. A small victory for ignorance, that will hopefully be reversed.

However, it was swiftly followed by the powerful #LetThemStay protest on the same day that Anglican and Uniting churches offered sanctuary to people seeking asylum, publicly stating the offshore detention centres are ‘tantamount to state-sanctioned abuse’.

To be clear, this comes in the wake of Wednesday’s judgement that Nauru had been established legally, which was a blow, but Thursday demonstrated the deafening calls for change.

People are showing their support for sanctuary being offered to people seeking refuge, by chalking the word outside their front doors.

Then there was news that a group called Return of Kings that is astonishingly pro-legalisation of rape, were planning to host meetings around the world this Saturday. Instead they’ve been forced into a humiliating backdown. I don’t want to give this any more airtime than is necessary to say, people with views this abhorrent unite everyone. Even Peter Dutton is against them coming to Australia.

In cities across Australia, Greenpeace volunteers were out and about encouraging outdoor clothing companies to stop putting hazardous perfluorinated chemicals (PFCs) into their clothing. They pollute our waterways and are unnecessary as there are alternatives that don’t destroy the environment.
The team here in the office have decided we’d rather be naked than wear these chemicals, hence the photo at the top! Some of the guys had already had their ‘photoshoot’.
Join our #PFCFree call to The North Face and Mammut!

#Melbourne crew thinking ..”inside the box” in effort to get @thenorthface to go #PFCFree pic.twitter.com/CWiLf0reLQ

But I saved the best for last, especially if you haven’t heard this yet. Adani, the mining company planning to build the mine that would not only have threatened our climate with more fossil fuel burning, but also our very own Great Barrier Reef, have frozen their investment in the project.

With coal prices rapidly falling off a cliff, we can finally look forward to the long overdue investment in renewables from government and industry that will secure a clean and healthy future for all, with new jobs created.

Adani did come back and sort of deny the above, but only went so far as to say they were ‘committed’ to the project still. They’re not always very clear in their public communication however, having also ‘forgotten’ to mention their Australian Chief Exec was responsible for environmental crimes in African countries.

So, it was a pretty good day!

When you start to look for the patterns in these struggles, it becomes pretty clear that what is best for the majority of people, is rarely what big corporations and our governments (globally) are pushing for.

That’s why it’s so important what you and I do. Everything that made Thursday a good day for us was a result of coming together and doing something. From registering disapproval of a decision, right through to the kind of non-violent direct action we’re famous for here at Greenpeace. Collective action, people power, whatever you want to call it, that’s what is creating positive real-world change.

It’s vital we keep it up.

There are plenty more challenges coming up and as a movement for a green and peaceful earth, we have to keep taking action. This is a moment to reflect, celebrate and also to prepare for the struggles to come.

For instance, over the ditch, there were mass protests against the signing of the Trans-Pacific Partnership (or TPP).

Australia have also signed up to this. This legal agreement takes power away from democratic space (from government that we vote in to power) and gives it to largely unaccountable international corporations. These corporations can now take legal measures against governments if they act in the interests of their people, at the cost of short-term profit for the corporation.

Obviously we’re opposed to it, and have lodged our protest with government.

Russel Norman, leader of the Greenpeace team in New Zealand, commented on TPP,

I wouldn’t be at all surprised if we see more large-scale peaceful protests in New Zealand this year. When it comes to climate change the government are doing less than bugger all. And this means that we’re facing floods in our homes, and drought on our farms. People don’t want that, and that’s why this could be a year of peaceful protest.

There is always something you can do to help and it always has an impact.

Please keep it up, and if you can, step it up. There are so many different ways to get involved and help the movement!
greenpeace.org/australia/en/what-you-can-do/