Canada's boreal forest is home to stunning landscapes and a spectacular array of wildlife. But corporate logging giant Resolute Forest Products wants to intimidate and silence people like you fighting to protect forests.

Canada’s boreal forest is home to stunning landscapes and a spectacular array of wildlife. But corporate logging giant Resolute Forest Products wants to intimidate and silence people like you fighting to protect forests.

Rather than responding to our calls to reform its logging practices — as other companies operating in the boreal forest have — Resolute sued Greenpeace USA, Greenpeace Canada and Greenpeace International for doing exactly what we live to do: speaking up for the environment.

Sign the petition to ask book publishers to stand up for free speech, and protect our forests.

Whether it’s Indigenous communities who have called the forest home since time immemorial, the vast amounts of carbon stored in its soil, or the rare — and in some cases threatened — species within its boundaries, we can think of countless reasons to protect the boreal forest.

Here are 16 of the (cutest and furriest) reasons we’re fighting this attack on the rights of forest defenders everywhere. 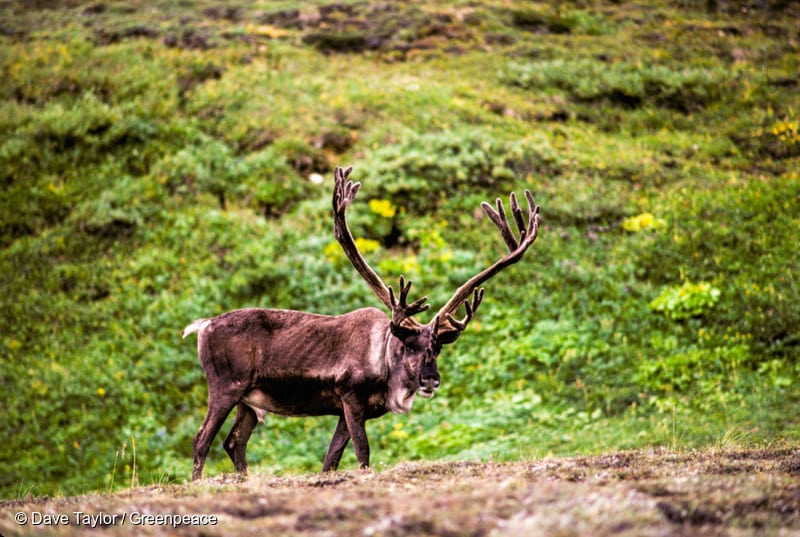 Woodland caribou are a threatened species due to habitat loss and the impacts of roads, logging, mining, and other industrial disturbances. 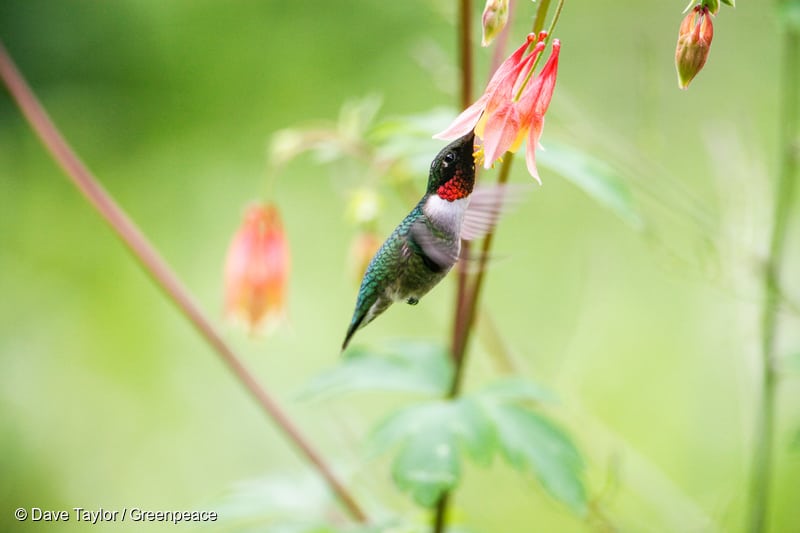 Ruby-throated hummingbirds can beat their wings more than 50 times per second. Despite their size, they migrate from Central America to Canadian forests each year. 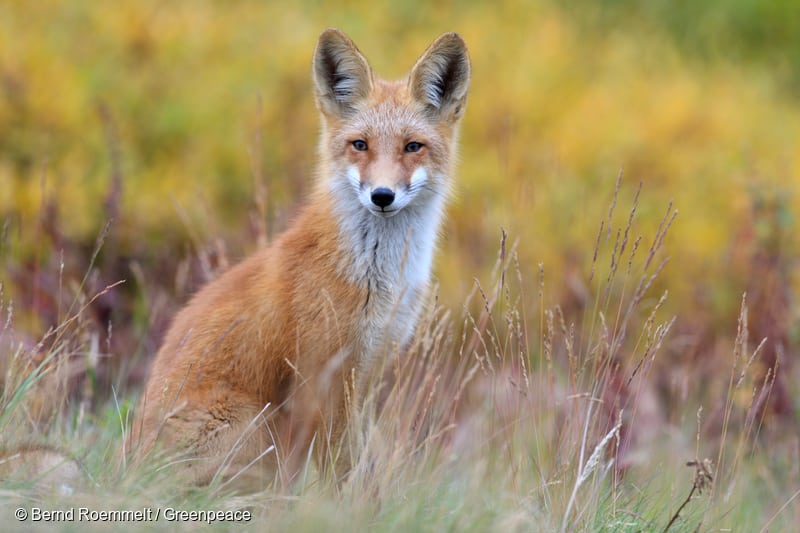 These nocturnal hunters have keen senses, and can even hear small mammals when they are underground. During the breeding season, they construct underground dens. At other times during the year, they live outside in dense vegetation. 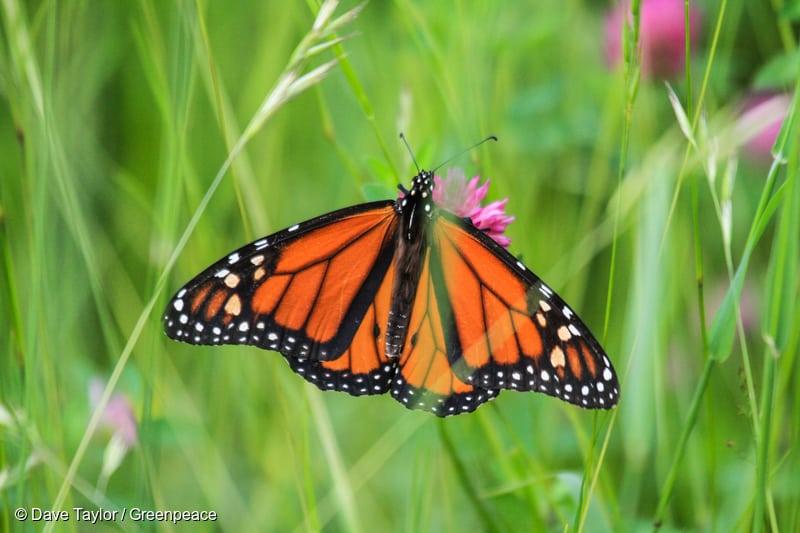 Monarch butterflies can fly at between 20 kilometers and 40 kilometers per hour, and make use of updrafts of warm air called thermals to rise high into the air and slowly glide down. This endangered species has been negatively impacted by herbicides, human disturbances, and predation. 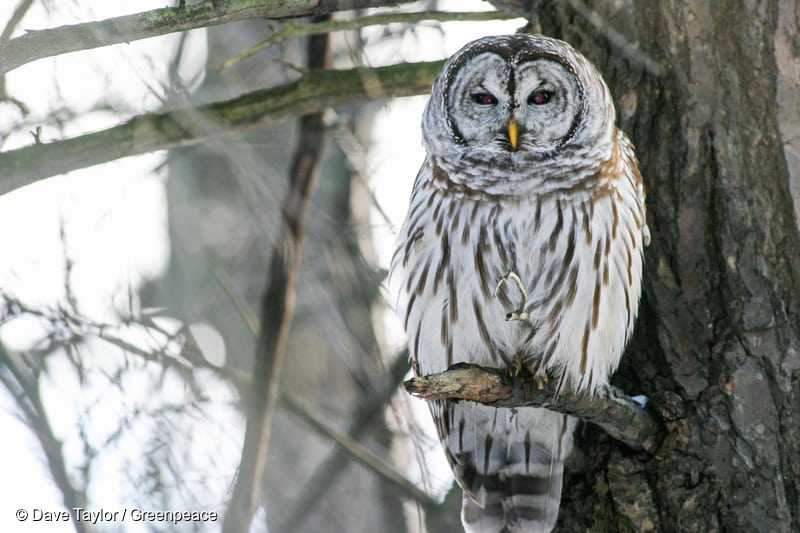 Barred owl (Strix varia).
These 40-centimeter-tall birds are known for their distinctive hoots. They nest in the hollows and cavities of trees, including those created by pileated woodpeckers. 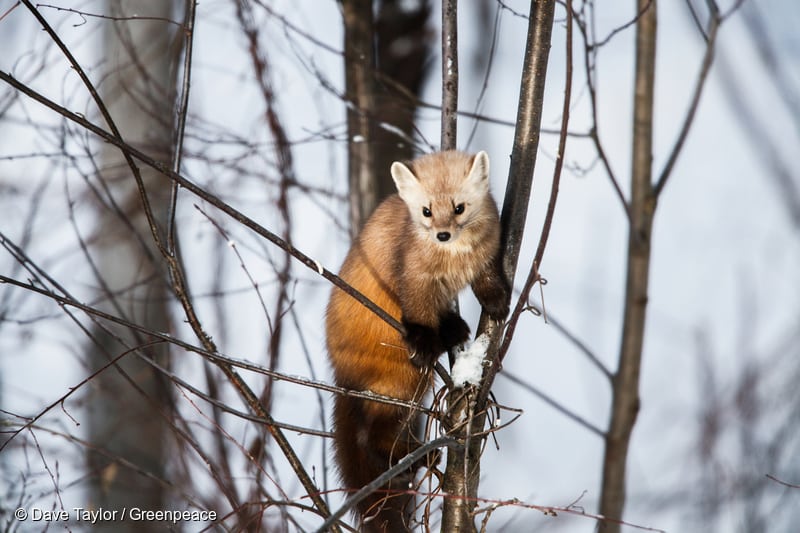 These agile members of the weasel family spend most of their time on the ground, but are skilled at both climbing and swimming. In the winter, they dig tunnels through the snow in search of food, which includes voles, snowshoe hares, insects and vegetation such as fruit. 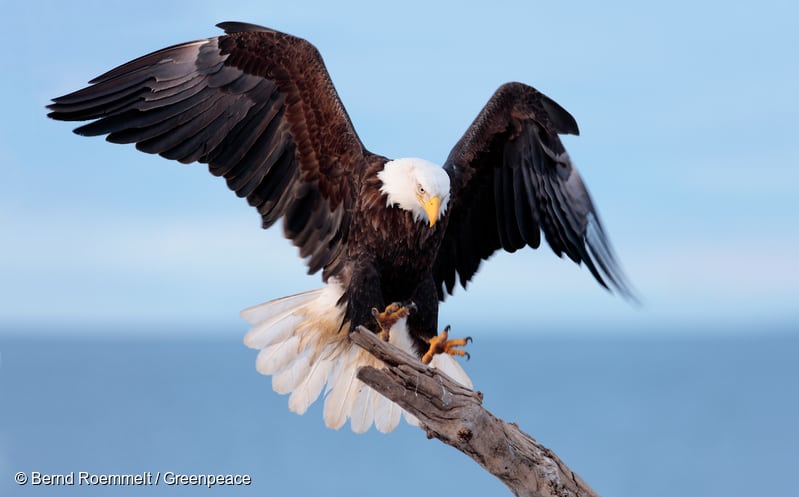 Although this bird is a symbol of the United States, most of their breeding range is found in Canada. 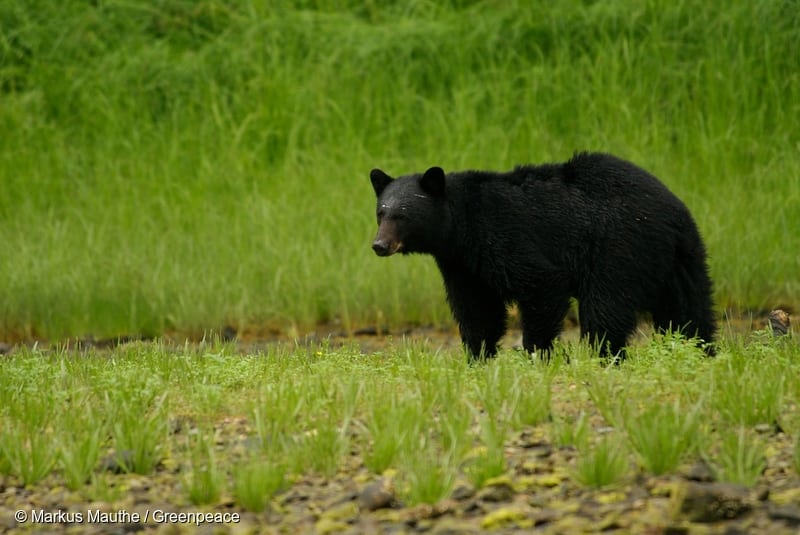 Black bears have better eyesight and hearing than humans. They are known to mark trees with their teeth and claws as a form of communication with other bears. 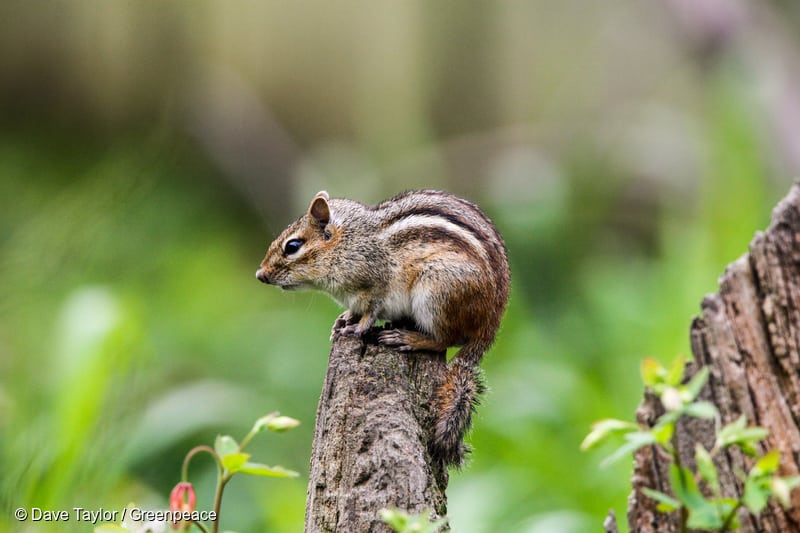 Although chipmunks are expert tree climbers, they dig underground nests. The name chipmunk is derived from the Anishinaabe word ajidamoo, which translates as “one who descends trees headlong.” 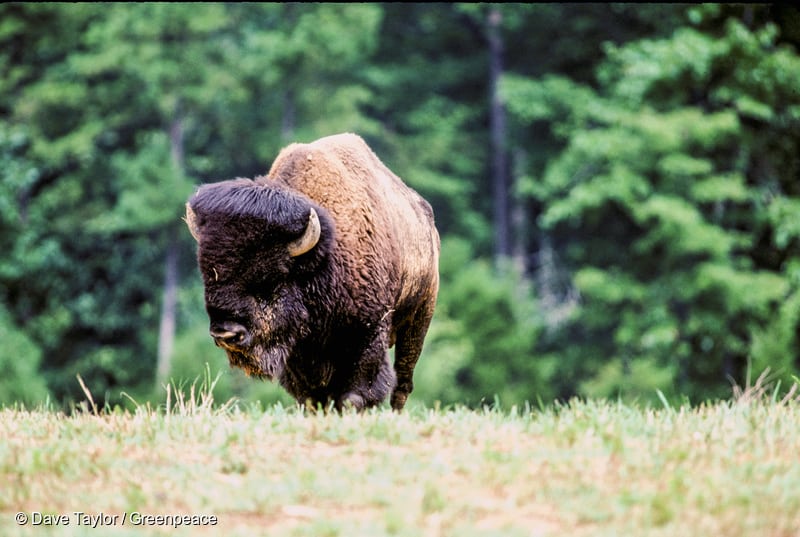 The wood bison, a subspecies of bison, is larger than the plains bison and can be found in the boreal forest from Saskatchewan west. Their population was decimated by overhunting and habitat loss, but due to some recovery their designation was changed from endangered to threatened in 1988. Heavier than a moose, these animals are considered the largest land mammals in North America. 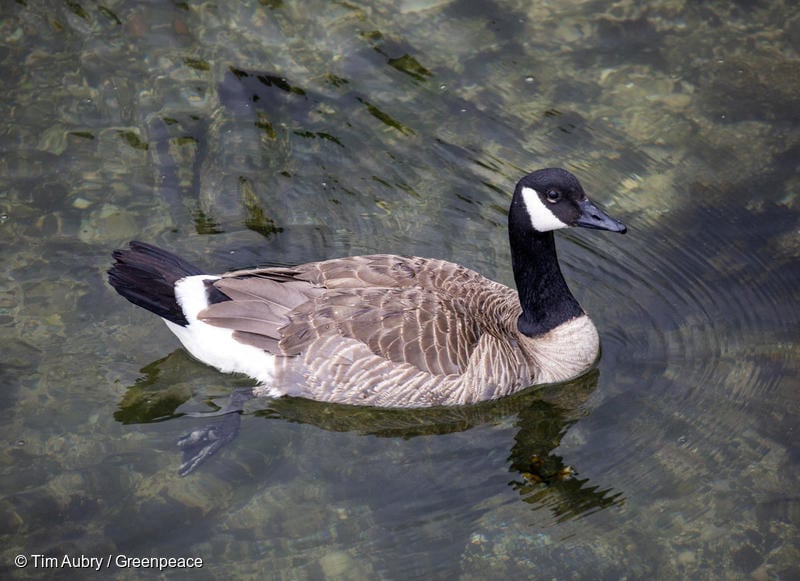 These loud honking geese are almost exclusively vegetarian, but occasionally eat small water creatures and crustaceans. They are monogamous and often stay with their chosen mate throughout their lives. 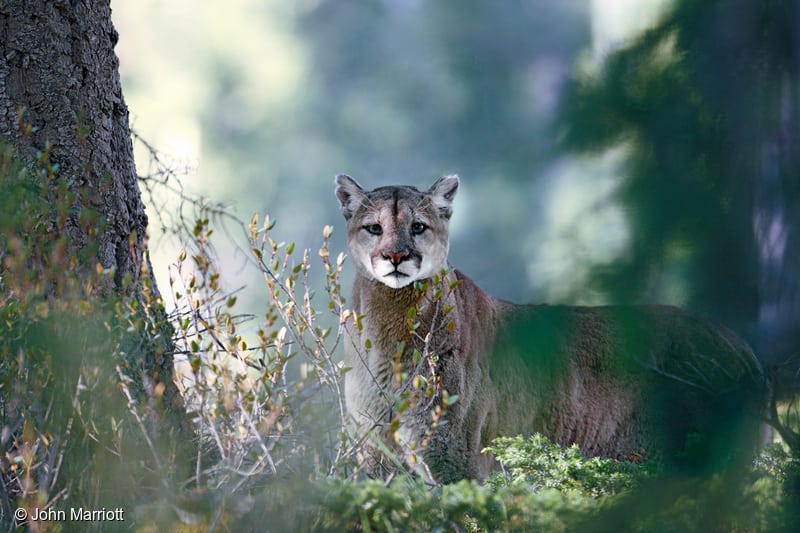 These large, nocturnal cats prey on deer, raccoons, porcupines, foxes, mice, and other small mammals and birds. They are known to hide carcasses of larger animals under leaves and sticks and return later to feed on their cache. 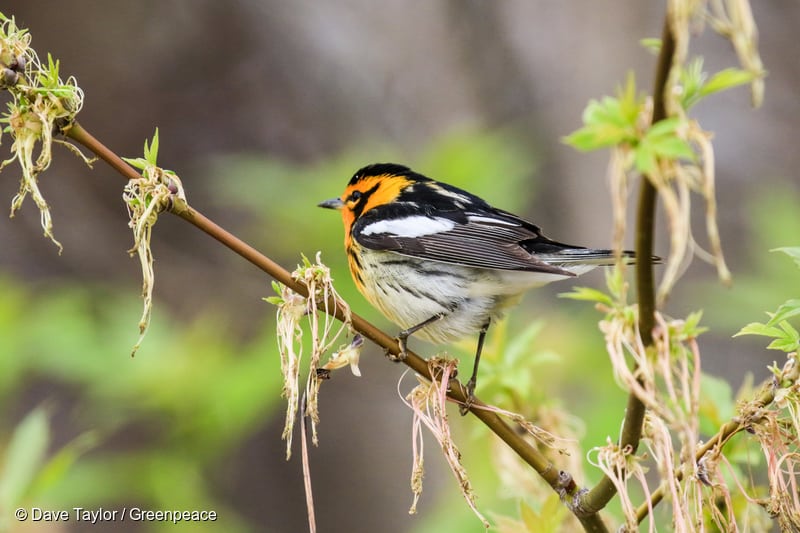 These small songbirds search the tree tops for caterpillars and other insects to feed upon. After their young have fledged, these warblers are known to join flocks of chickadees, nuthatches and kinglets. They migrate from northern forests to Central and South America, where they are vulnerable to habitat loss. 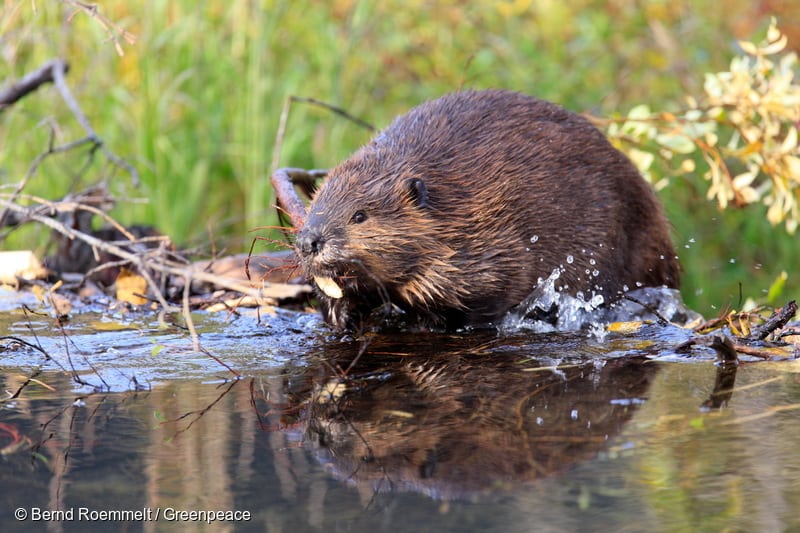 The canals and dams built by these large rodents make them second only to humans in shaping the landscape. The dams not only creates an ideal habitat for the beavers, but also creates wetlands that support the entire ecosystem. 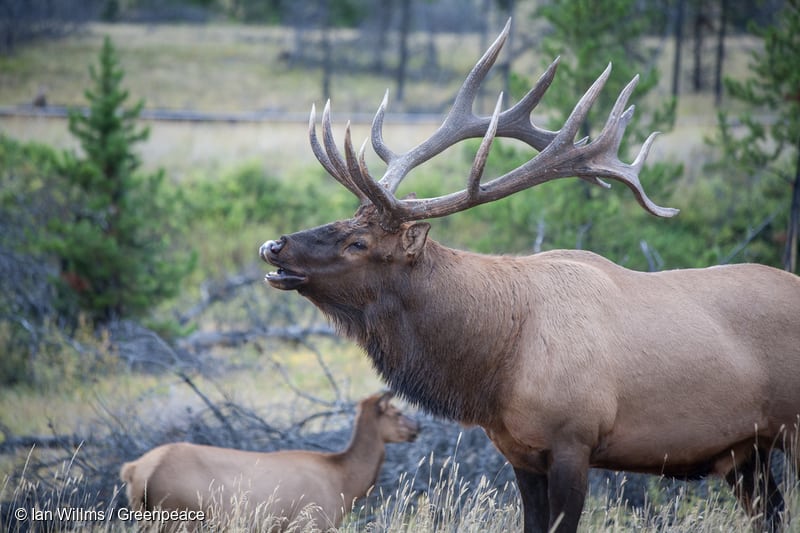 These herbivores are tenacious browsers who feed on grasses and sedges in the summer and migrate to forested areas where they eat tree matter such as twigs, bark, and acorns. These large members of the deer family usually live in herds of ten to 20 members of the same sex, but during their spring migration herds of both sexes join together forming massive herds numbering in the thousands. 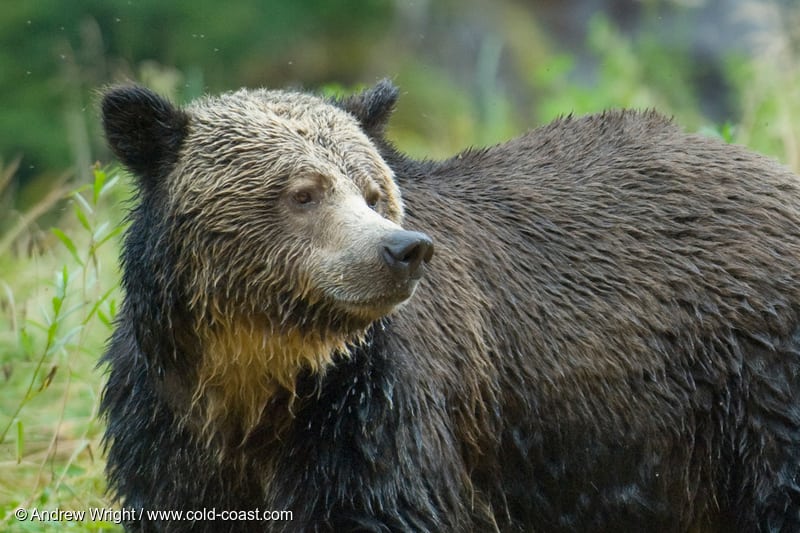 Our voices are vital: don’t let Resolute stop you from speaking out for Canada’s boreal forest.

We want to keep fighting for the environment for decades to come — but in the face of this attack, we need your help to make sure we can. SHARE your support on Facebook and Twitter today to show Resolute that the Greenpeace community won’t back down!

Sign the petition to ask book publishers to stand up for free speech, and protect our forests.