Protect whales from the many dangers they face, from ‘scientific’ whaling to climate change.

For over thirty years Greenpeace has taken action to protect the gentle giants of the sea. Our work has helped end whaling in nearly every country and revived decimated whale populations. Yet whales are still not safe. Today we’re campaigning to protect whales from the many dangers they face, from ‘scientific’ whaling to climate change. 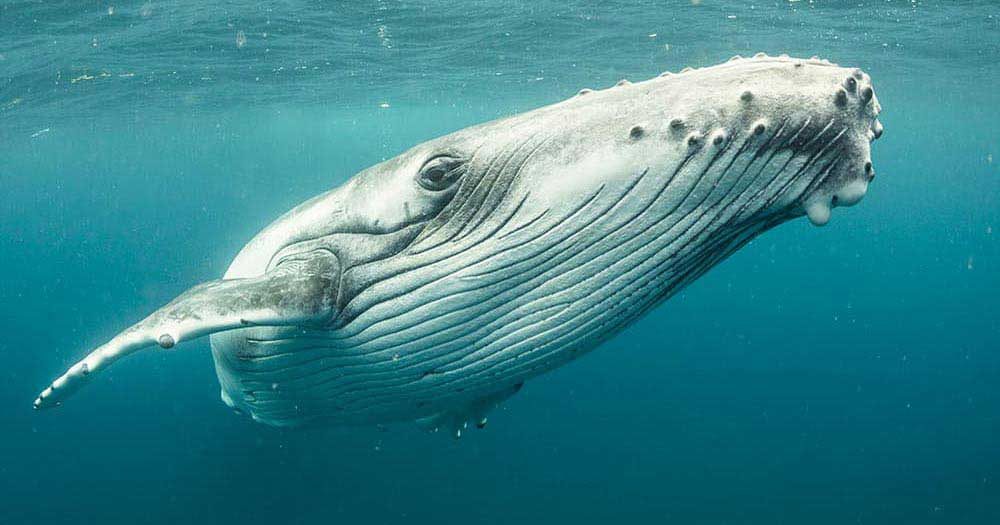 Whales are magnificent creatures. Well known for their intelligence and tender nature, they are iconic representatives of marine biodiversity. Yet corrupt and reckless practices still threaten whales today. To ensure we have healthy and diverse oceans, we need to protect the ocean’s gentle giants.

Although there’s a worldwide ban on commercial whaling, whales still aren’t safe. They face many threats such as being hunted illegally, climate change, water pollution, noise pollution, overfishing and being struck by ships.

Despite these threats, some nations – particularly Japan, Norway and Iceland – want legalised commercial whaling to resume. We all know the government of Japan conducts commercial whaling under the guise of scientific whaling right now. But an increasing number of nations in the International Whaling Commission (IWC) have been voting for an immediate resumption of sanctioned commercial whaling. This is a not a result of a changing world opinion; it is because the Fisheries Agency of Japan is operating what it calls a ‘vote consolidation program’. This provides fisheries aid to developing countries in return for their vote for a resumption of commercial whaling at the IWC.

The history of whaling is a history of serial disasters – the depletion of one species after another, by an industry operating in a circle of greed. Greenpeace along with other dedicated conservation groups are fighting to stop the slaughter.

Commercial whaling – in all its forms – must be permanently brought to an end. Greenpeace is working within Japan, where the decision to end Japan’s controversial whaling operations will ultimately be made. We’re also campaigning for the International Whaling Commission to be turned into a true whale conservation body. Finally, our work to end overfishing, marine destruction and climate change, strives to protect the world’s whales.