Moby Sick: The Costs of Woodside’s Burrup Hub for Whales 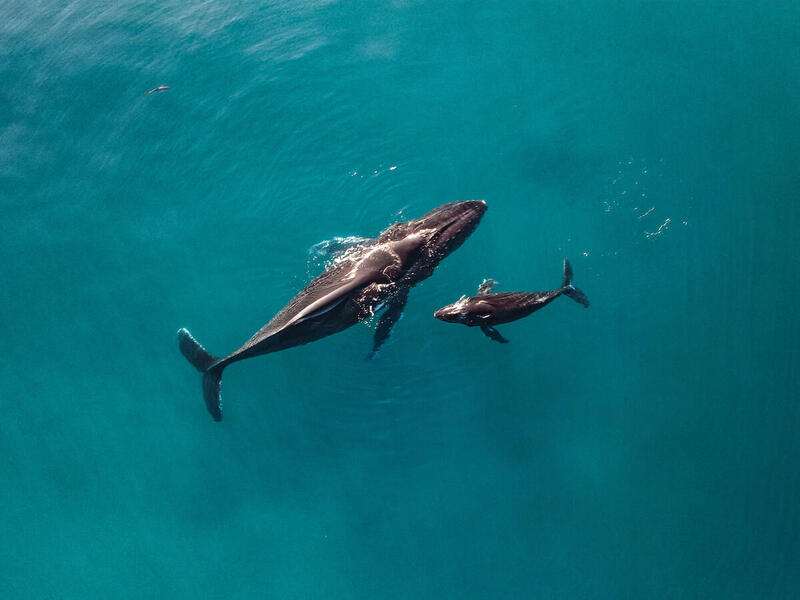 The ocean off north west Western Australia is one of the most biodiverse marine regions in the world. Hosting a stunning array of species, it is home to many threatened and migratory whales who breed, calve, forage and migrate in these waters.

For blue whales, humpbacks, sperm whales and fin whales,whose global populations were severely reduced over many decades due to commercial whaling, protecting habitat and migratory routes remains essential in ensuring the proper recovery of these species. However, the various pollutants and hazards associated with the offshore oil and gas industry pose an existential threat to these already embattled species.

Woodside Energy plans to build the ‘Burrup Hub’ within the known habitat of several threatened and migratory whale species in north west Australian waters. The Burrup Hub comprises two offshore gas projects – Scarborough and Browse – and will entail seismic surveying, the dredging and installation of two extremely long subsea pipelines ranging between 430 kilometres (Scarborough) and 900 kilometres (Browse), and the drilling of 84 wells over the lifetime of the projects.