I don't know about you, but I've spent far too many hours of my life staring blankly at supermarket shelves. What did I come in here for again? Where am I? Who am I?

Have you changed your tuna yet?

I don’t know about you, but I’ve spent far too many hours of my life staring blankly at supermarket shelves. What did I come in here for again? Where am I? Who am I?

Just trying to avoid products that have devastating consequences for people and the planet should not be this hard.

When it comes to canned tuna the task feels almost insurmountable.

Australians don’t want to choose brands that do the wrong thing, but there are so many different labels and claims it’s hard to tell one from another. That’s why we think customers shouldn’t have to work it out on their own.

Check out the 2017 Tuna Guide to help you decide. 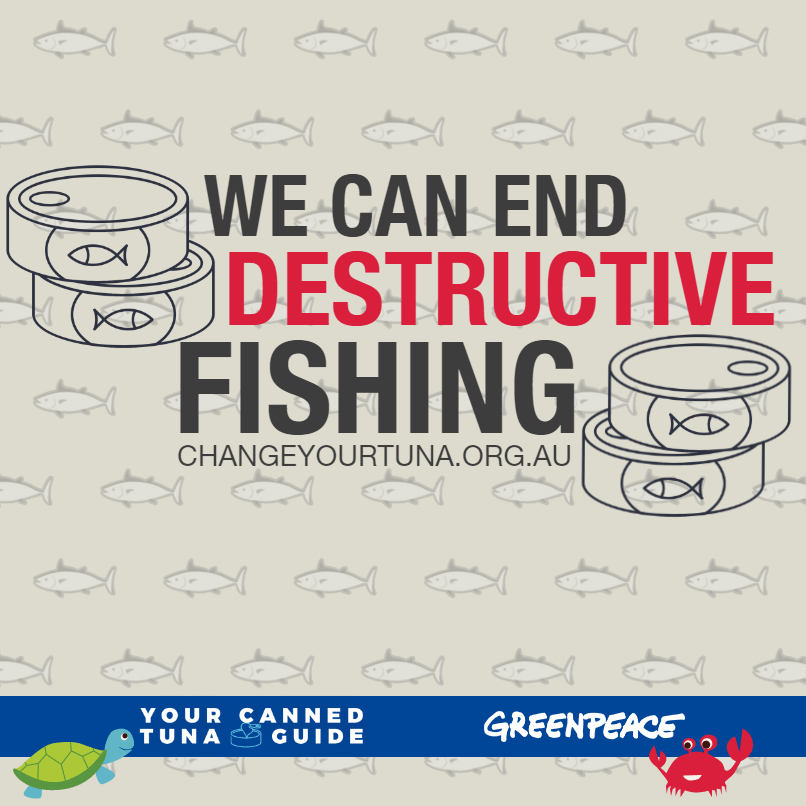 Check out the 2017 Greenpeace Tuna Guide

Unfortunately, the global tuna industry is rife with destructive fishing practices, overfishing and human rights abuses. Together, we are seeking a global, systemic shift in the tuna industry away from these damaging measures that hurt our oceans and the people that depend on them. All tuna companies have an obligation to move quickly towards responsible fishing and show a commitment to protecting the basic rights of people.

We’ve worked out which brands are on top when it comes to responsible fishing and human rights, and which ones are lagging woefully behind. You can make a better choice at the checkout, but that’s not where this story ends.

Some big improvements, but who isn’t keeping their promises?

Since we launched the first tuna guide in 2011, all major Australian canned tuna brands committed to going FAD-free. FADs, or fish aggregating devices, are indiscriminate killers of sharks, turtles and other marine life. There’s no excuse for using them. All of the major Australian canned tuna brands have met their commitments to stop using FADs, except one – Greenseas. In fact, they’ve been sitting on their hands for a whole year and a half after they were supposed to have met it.

The tuna sandwich can be a divisive thing in the office – some people can’t stand the smell. But hey, it’s better than parmesan cheese when it gets into the air conditioning. But now there’s potentially another reason to get cranky with your colleagues. Watch as Laura Wells takes you through some of the problems with dodgy tuna and how you can take action:

We can all make better choices for people and our planet – supermarkets can too. Check out the 2017 Tuna Guide and take action today!