Written by Rolf Skar, Forest Campaign Director at Greenpeace USA. Hundreds of thousands of you spoke up for Indonesia's rainforests and companies like Colgate-Palmolive are listening. There is still a lot to do, but it is making progress to reduce rainforest destroying palm oil from its supply chain. Greenpeace activists deliver petitions to PepsiCo, Colgate-Palmolive and Johnson & Johnson in Sydney. The companies use palm oil in a range of their products, but are failing to keep the 'no deforestation' promises they have made. 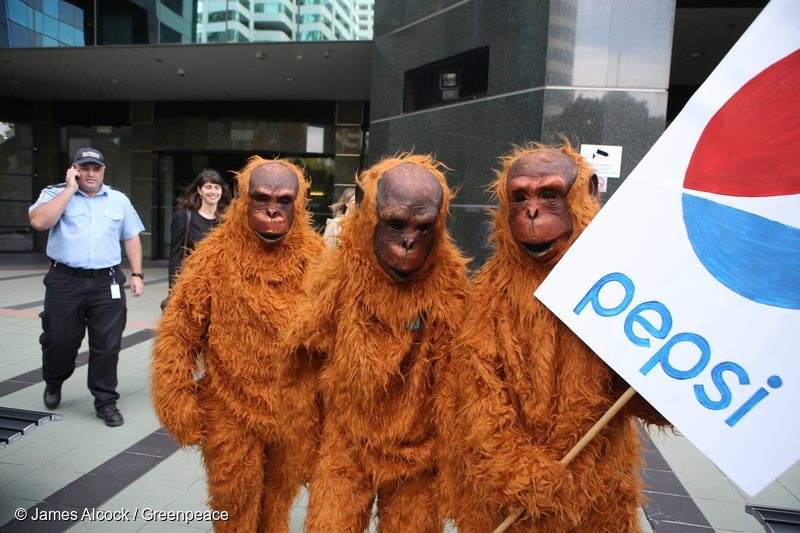 Palm oil is one of the leading causes of deforestation in Indonesia. Rainforest is razed to make room for plantations to grow the crop which ends up in products from candy bars and crackers to shampoos and toothpaste. This means bad news for rainforests and the endangered wildlife that call them home. It also means bad news for our shared climate: in recent months fires burning in Indonesia’s rainforests polluted the climate more than the United States!

The good news is that people are mobilizing to make a change. About a half million folks, from Indonesia to Italy, raised their voices recently to let companies know: we don’t want to buy rainforest destruction any longer.

Big-brand companies can’t ignore this chorus – they have to listen. In the last few years, there has been a proliferation of commitments from them to buy palm oil that is deforestation-free. This is good news. But, we all know that there is a difference between words and real-world results. So, the next step to save rainforests is to make sure commitments translate to progress where it matters: in Indonesia’s rainforests.

That’s why Greenpeace researched and ranked big brand companies on their performance meeting no-deforestation commitments. Some companies were doing better than others. But, no company we looked at could guarantee that their products were deforestation-free. 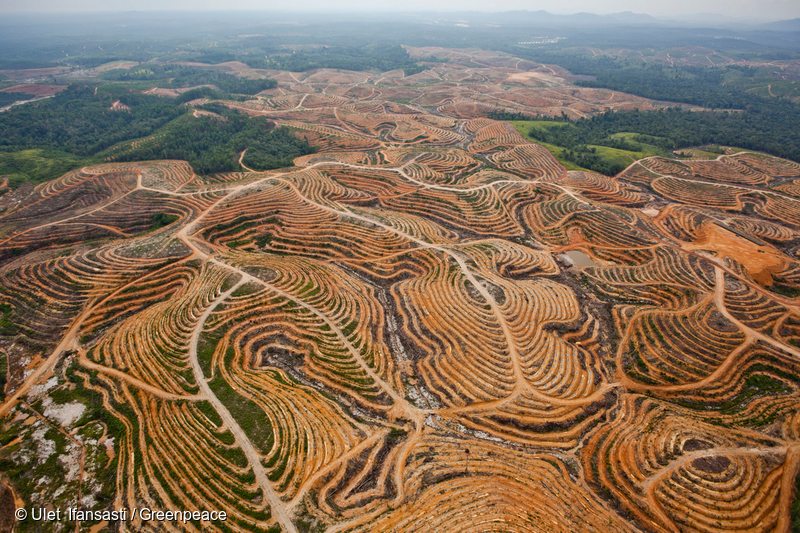 Deforestation in Borneo for palm oil.

In the wake of this, hundreds of thousands of you spoke up — and companies are listening again. The three companies with the lowest scores in our assessment, Johnson & Johnson, PepsiCo and Colgate-Palmolive, have all reached out to Greenpeace to share perspectives and make improvements.

Like many companies in our report, Colgate-Palmolive has made progress since our assessment was made public. In addition to improving the palm oil it is buying now, the company has said it will:

We should be clear: the work is not over yet. Companies like Colgate-Palmolive still have a lot to do to ensure they are not fuelling rainforest destruction. But, we’re always happy to see progress. And, we expect to see more.

Join the movement to become a forest defender here.