You can’t sink a rainbow, you can’t seize a sunrise

I trembled as I walked through the grounds of Murmansk prison on the 26th September. 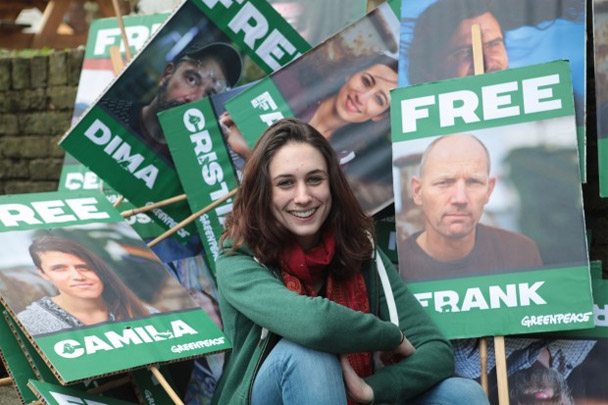 Inmates watched me and the arrival of the other notorious 29 new prisoners through their cell windows. It was pitch black outside, but the prison was alive. Alive with the sound of barking dogs, prison alarms and prisoners shouting through their barred windows.

A guard handed me a plastic mug, a tin steel bowl, a spoon, a folded up mattress and a sheet. That’s all I had, that and a toothbrush and a book in my pocket, when the guards closed the steel green door on me. The sound of the slamming door echoed throughout the corridor. I was alone and afraid.

As days in prison passed I became stronger.  As weeks passed I became hopeful. In prison they take away your freedom, your dignity and your family but they can’t take away hope. That’s the one thing they couldn’t touch and I wouldn’t let them. 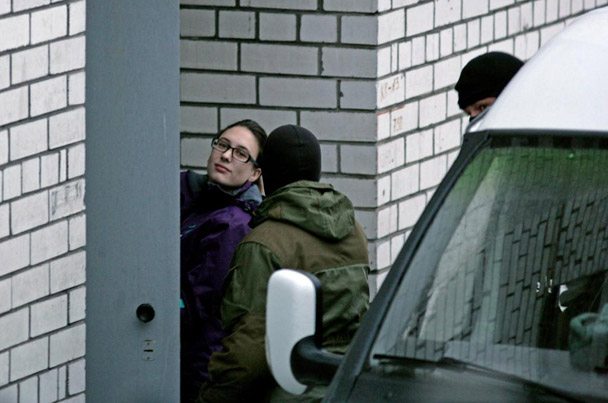 Greenpeace International activist Alexandra Harris is taken to the Investigative Committee in Murmansk by police escort to be charged with hooliganism. © Igor Podgorny / Greenpeace

I saw my lawyer twice a week. During those visits he would pass on news, news that helped me understand how big our case was. He may have been pretty bleak about the Russian legal system but he was always positive about the international attention and support we were receiving. After our visits I would have a skip to my step and I looked forward to passing these bits of ‘gold-dust’ onto my friends. It felt good to pass on hope. It also felt good that we were not alone.

I couldn’t sleep the night before my bail hearing. I was too excited. I had spent the previous night feeling incredibly sad after hearing Colin had been sentenced to an extra three months in prison. Now I was in awe and dumbstruck as I watched the recent turn of events, my friends, one by one, receiving bail on the news. I went to court feeling pretty hopeful that morning and I waited impatiently as the verdict was finally translated: I had received bail. I laughed in delight and the court room full of reporters and Greenpeace volunteers erupted in applause. Moments later I was jumping up and down hugging my friends Faiza and Anne inside a dark, smokey holding cell. 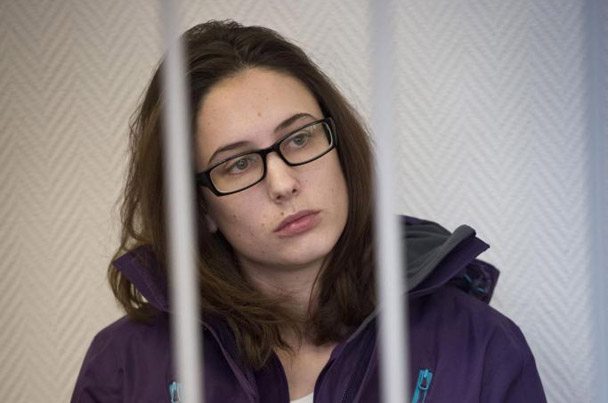 Since leaving Russia I have been reunited with my family. Seeing them for the first time since prison at St Pancras was very emotional. We hugged, laughed, cried and hugged some more. I have enjoyed the simple but incredibly precious pleasures in life such as taking a walk in the countryside, having a drink with friends and seeing the stars twinkle at night. Now life feels quite strange. It’s definitely quieter now we’re not the focus of so much media attention and now the stress of facing seven years in prison has been alleviated.

Thirty of us were locked up following a peaceful protest against the world’s first oil platform to drill in the icy waters of the Arctic. Those 64 days locked up in a prison cell were undoubtedly the hardest days of my life but I have never felt as proud as I did then. I took action on the Arctic Sunrise because I don’t want a melting Arctic, oil spills in ice and an unliveable planet to be my legacy for my children. I felt the luckiest person on earth when I stepped on board the Arctic Sunrise back in September because I had been given an opportunity to do something that mattered. I still feel the luckiest person now. Your support means my 29 friends and I are free, your support also means my time in prison wasn’t spent in vain.

Thank you for standing up for me and for the Arctic.

Alex Harris was one of 30 people who were imprisoned in Russia at the end of last year following a peaceful protest against Arctic drilling.