With tears, smiles and laughter etched on their faces we saw women and girls come together for an action on the side of a volcano in Vanuatu to send a loud message to world leaders at COP26: Stop failing us!

The Pacific is a vast ocean that covers a third of our planet. The distance between neighbouring countries is huge, but still we come together because we must be heard for us to win our fight.

With tears, smiles and laughter etched on their faces we saw women and girls come together for an action on the side of a volcano in Vanuatu to send a loud message to world leaders at COP26: Stop failing us!

Though it was halfway around the world from Glasgow where the world’s largest climate conference was taking place, it was a loud message calling for Pacific climate justice that cannot be ignored. The women carried their messages in signs and by forming the Scales of Justice in a lightshow ahead of the Pacific Island nation’s fight for the world’s first Advisory Opinion on climate from the International Court of Justice. 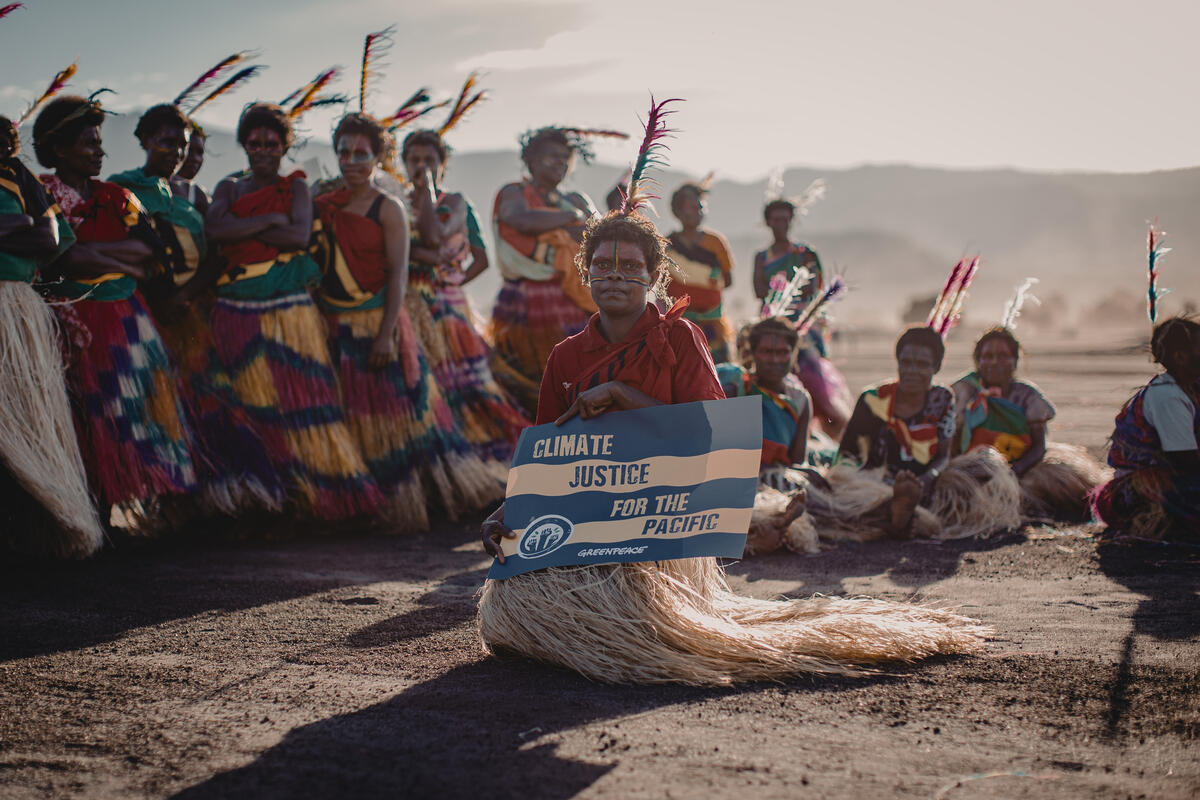 As you’ve seen, the streets of Glasgow have been teaming with  tens of thousands of protesters and allies from around the world throughout this past week. These events can cause us to forget the difficulties and distances that must be overcome for people from the Pacific islands to come together. To come together to fight for their collective futures.

Aunty Mary, who coordinated the Vanuatu action on the ground, reported back on the event and what it meant for the women involved:

On the 18th of October 2021, when I received the call from Greenpeace to organise this event, I doubted myself to mobilize these women. However, we had 256 women fight for transport and we were not able to pick all of them. The response was more than expected.

Volcanic ashes had reached level two as we listened to experts, but the volcano is not the only disaster we women have been encountering. We have human made disasters, we have sun burning our gardens, the wind blowing and the water to drink is contaminated. Women and children here have lived through these disasters. Some are crying, some are sighing, some not able to speak that out for they find no words to express the hurt.

But here the women of Tanna are laughing loudly under the mighty Yasur.

Organising this action on Tanna, Vanuatu, at the foot of the volcanically active Mount Yasur, was a huge feat for all involved. It brought together women from 15-20 villages including several single mothers, students, widowed women and also women with disabilities. 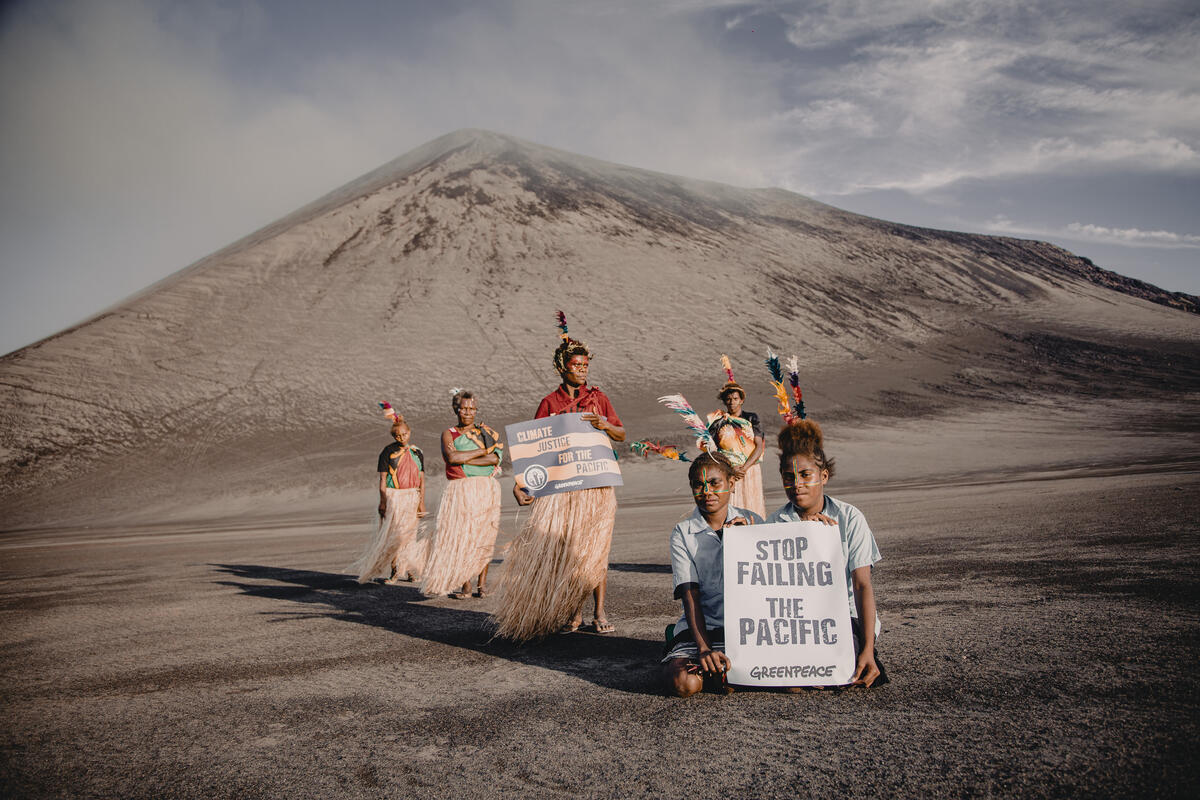 Aunty Mary said there were some doubts they would be able to mobilise “200 women because of the silence created in 2020”.

In the end there were more than 250 women scrambling for transport – well more than expected, and a significant turnout considering Mount Yasur was going through an eruption, reaching a level 2 safety warning.

When Vanuatu takes its fight to the ICJ, it will be a monumental step forward in the collective fight to protect the rights of these remarkable women of the Pacific and future generations from the impacts of climate change. 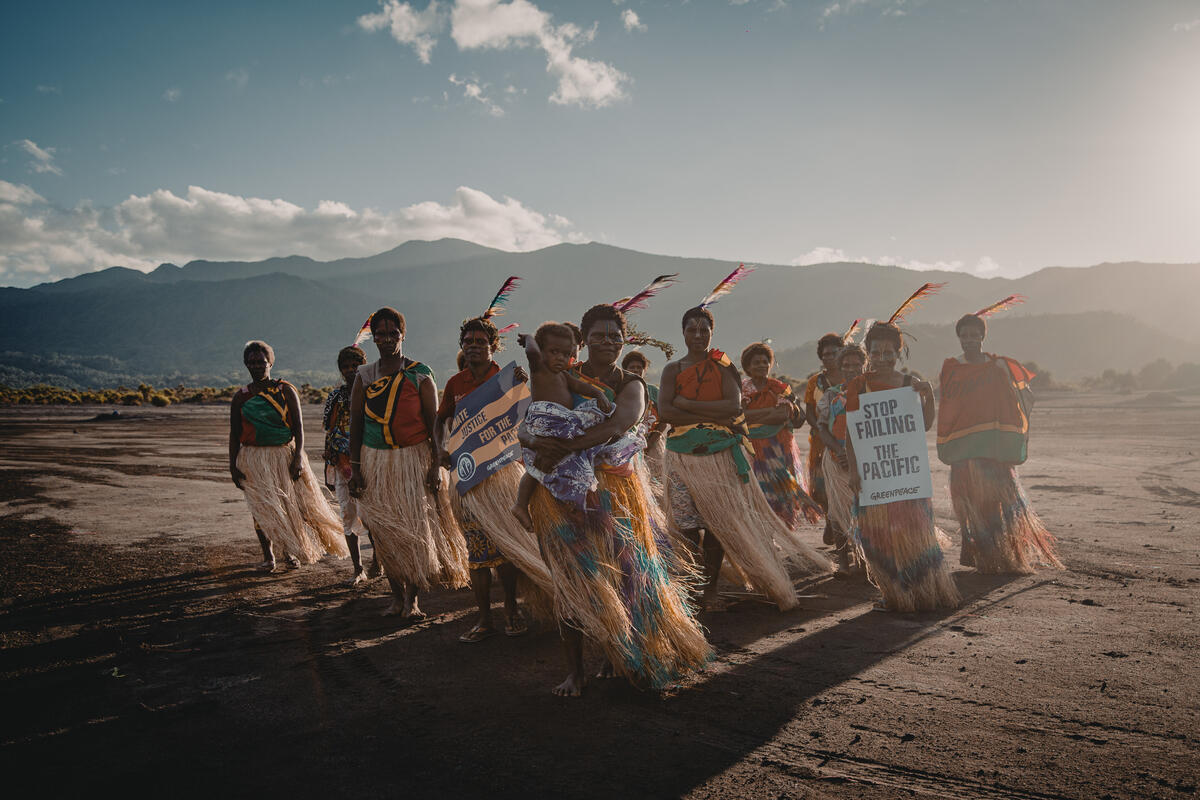 As these women and girls can overcome the distances of the Pacific to come together on the side of an active volcano to share their message of justice for the Pacific, then there is hope climate justice will prevail.

The Pacific Islands might be small and spread out but at COP26 in Glasgow they have been a loud and undeniable presence.

Our message is clear. We are fighting for justice and we will be heard.