Will CBA’s board vote against financing Adani – and against global warming?

The fate of a company’s reputation can come down to one big decision made at a single board meeting. Later this month, the directors of the Commonwealth Bank face just such a moment of truth when the bank’s board is expected to decide the business’ future policy on global warming. 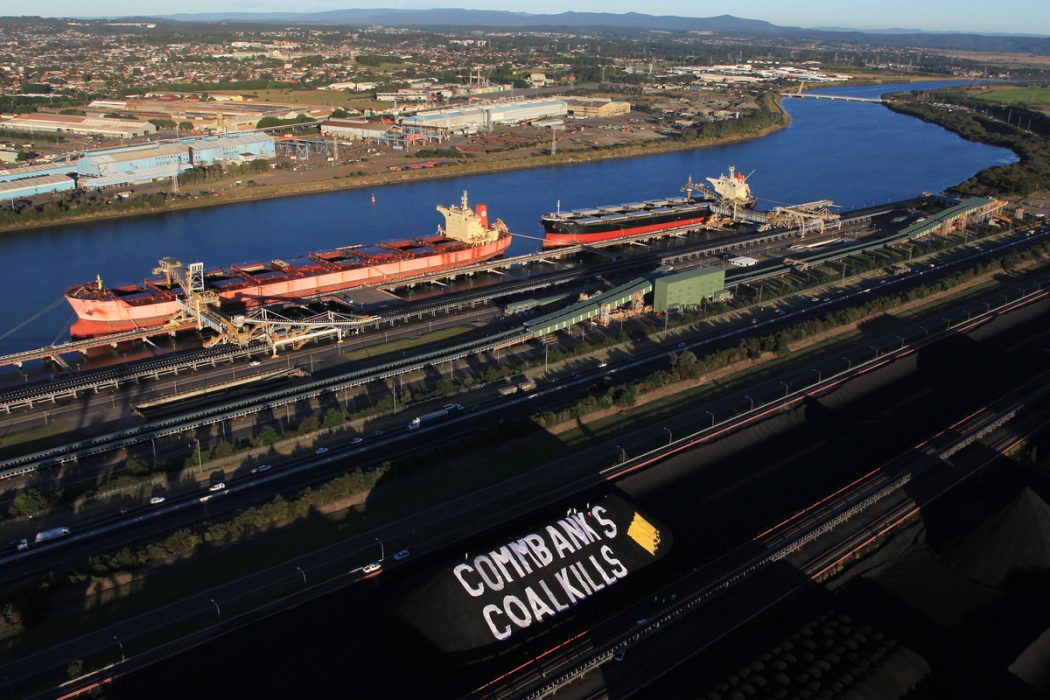 Originally published on The Guardian.

CommBank is the most structurally significant private investor in fossil fuels in Australia – the coal, oil and gas that are the major drivers of the carbon pollution causing global warming. The biggest Australian bank by market capitalisation, CommBank also loaned more money to fossil fuel projects in 2016 than any other bank.

Unlike the other three of the “big four” banks, CommBank has not even ruled out providing finance to Adani’s Carmichael coalmine, which would be so disastrous for the global climate and our Great Barrier Reef. Commbank claims to support the 2015 Paris agreement but, earlier this year, its chief executive, Ian Narev, couldn’t give a parliamentary inquiry a single example of a project that had been refused finance because of the purported commitment.

It is no surprise that public pressure is now building on CommBank. Earlier this week a community protest in Newcastle called out CommBank for its contribution to the 3,000 premature deaths per year in Australia attributed to particulate pollution like that from coal infrastructure.

So what will CommBank’s board do?

Company directors are expected to bring their personal skills and experience to bear on decision-making. Disunity within a board can be disastrous but, equally, groupthink makes for poor collective judgment. This is why the composition of a corporate board is so important and diversity of membership is crucial.

Nine of the board appear to be ethnically white, with Singapore-based Shirish Apte the lone exception. Four are women: chair Catherine Livingstone; intellectual property lawyer Mary Padbury; technologist Wendy Stops; and Launa Inman, who has a background in business retail. Sir David Higgins is an Australian-Briton knighted for his work on the London Olympics. The remaining members are Brian Long and Andrew Mohl, senior figures in accounting and banking respectively.

Scrutinising the board profiles on the CommBank web page, the words “sustainability”, “environment” and “climate change” do not appear in any of the short statements of experience. This is not to suggest that CommBank’s directors know nothing about the issues but they certainly don’t appear front and centre. “And to be honest”, Young wrote of corporate boards earlier this year, “moderating climate change is not our core competence.”

Scrutiny of directors’ liabilities and obligations around global warming has never been greater and is continuing to increase. According to an opinion provided by Sydney barristers Noel Hutley SC and Sebastian Hartford-Davis last year, it is “likely to be only a matter of time before we see litigation against a director who has failed to perceive, disclose or take steps in relation to a foreseeable climate-related risk that can be demonstrated to have caused harm to a company (including, perhaps, reputational harm)”. The opinion has been widely circulated and discussed within corporate Australia. It would seem probable that lawyers will now be seeking to identify appropriate test cases.

The Australian Institute of Company Directors’ guidance on board decision-making suggests that among the questions directors should ask themselves are “does the information I have address all the risks?” and “will this decision compromise the culture, capability or values of the organisation in years to come?”

In this case, the CommBank board could consider the latest public information produced by the Climate Council. Or they might look at the analysis provided by the sustainable finance program of the Smith School of Enterprise and the Environment at Oxford University. And they should definitely read the landmark February speech by APRA member Geoff Summerhayes entirely devoted to the risks of climate change.

It is essential that CommBank’s board understands that climate change is something much more fundamental than just stakeholder management. The most prudent step for the board of CommBank to take is to approve a credible group policy on climate change at its June meeting. The policy should include a curb on the bank’s lending to fossil fuels including an immediate ban on lending to new coal projects and a serious plan to phase out its exposure to existing coal to zero by 2020 and existing fossil fuel projects to zero by 2030.