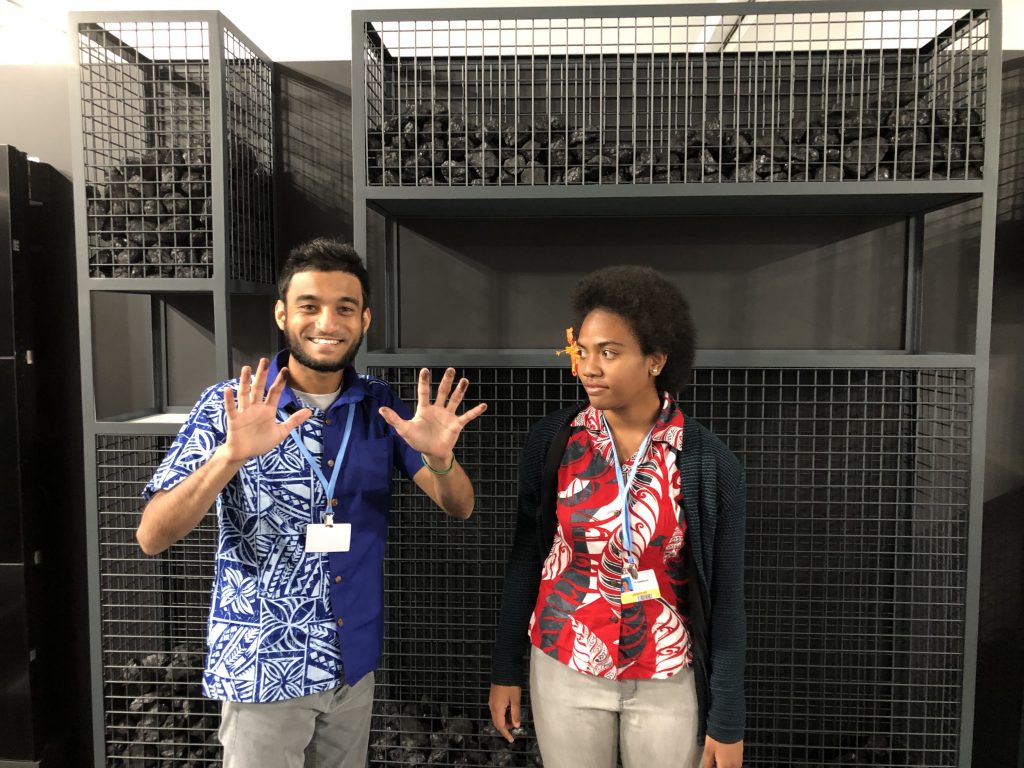 A coal exhibit inside the global climate negotiations, COP24

Australia’s love affair with coal is tearing a global family apart. Greenpeace campaigner, Kelvin Anthony, is representing Pacific nations at the global climate change talks happening in Poland to convince our neighbour to the West that things must change.
Scattered across the Pacific Ocean, these islands are known for their peaceful serenity. To stop this natural haven from disappearing, Kelvin has been making noise about Australia’s dangerous contribution to climate change at the COP24. 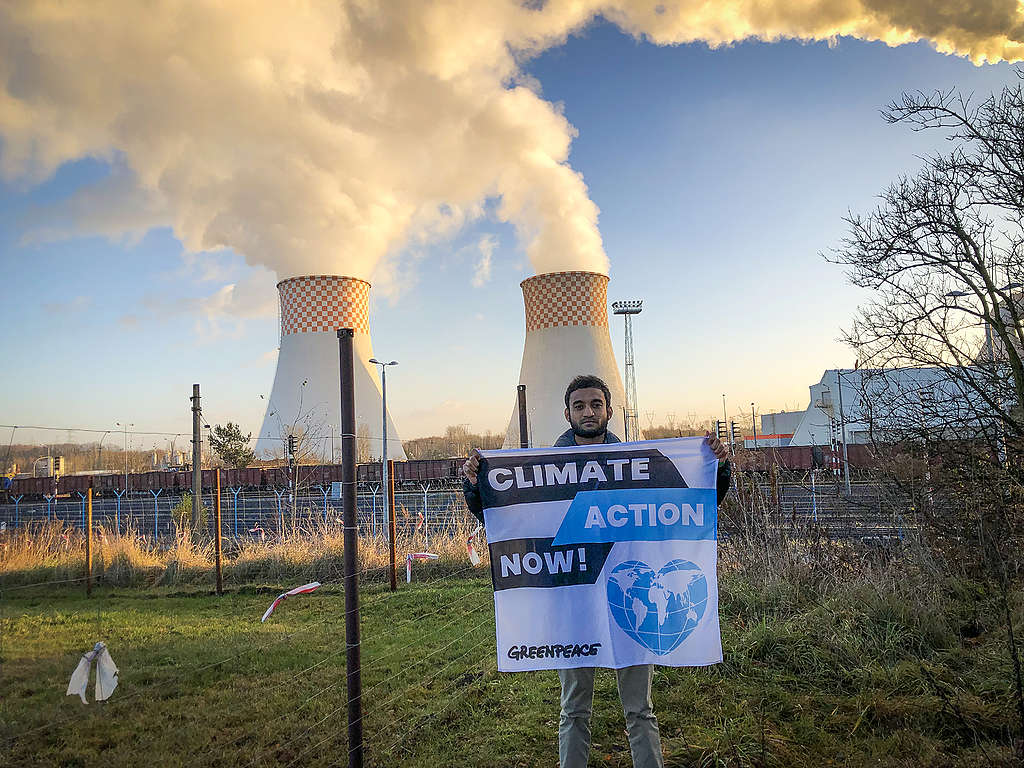 He’s showing the world that with vulnerability comes power – and the hope and resilience of the Pacific Islands are living testament to that.

Having our voices heard is not a choice. To retain our history, culture and livelihoods, we need the world to listen.

Pacific islanders are resilient people. Our cultures are rich and our people identify with the land and the ocean that surrounds us. It is part of our identity. We have contributed least to climate change but feel the worst impacts. This makes us vulnerable because it makes it harder for us to respond. We are disproportionately affected and do not have the capacity and resources that the richer countries have. Mitigating the impacts of climate change is all of our problem.

I spent my entire life growing up in the islands. I have witnessed tropical cyclones, floods, and droughts. I have seen how these severe weather events have affected our people’s livelihoods. I was lucky that I lived in an urban centre and as a result often avoided the direct and most severe impacts of these natural disasters in my childhood and teenage years.

The fact is climate change is moving faster than we are able to respond. There is a serious lack of climate leadership by countries who are the most responsible for it.

No climate action will mean our people will continue to live as if severe weather events are a normal part of our lives. We will need to continue to adapt until we are not able to anymore. We need a global commitment from every government of the world that they will radically transition towards renewable energy sources and put an end to fossil fuels. 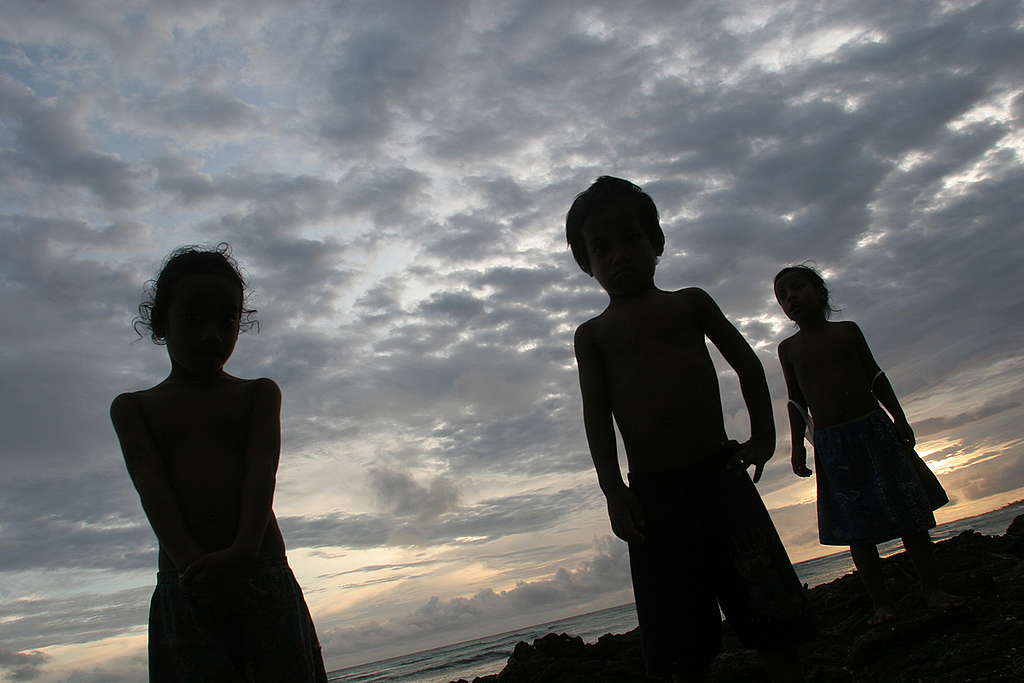 The Pacific, which includes numerous vulnerable nations, is leading from the front lines. We are winning the moral battle to inspire action from the developed world. But climate change is a global problem and it needs a global solution. Urgent climate action today will allow us to have a better future. Rapid, just transition to renewable energy will enable our people to enjoy a safe and healthy livelihood.

Countries burning fossil fuels are blinded by the profits and as a result their moral compass has eroded.

Does it make them selfish? Yes. Do they care? No.

The sooner they realise that we are all in it together and that they are not immune to climate change the better it is for our planet. We can only build a better, sustainable future by acting on climate change. What does that mean? Phase out fossil fuels. Now is the time.

It is absolutely clear that people around the world are demanding action. Children are walking out of schools to protest the lack of political will to act on climate, vulnerable nations are calling for justice and communities are standing up to defend their land and culture. These are signals to the governments of the high polluting economies to stand with the people and commit to accelerating climate action. Coal is dead. Renewable energy is the future. 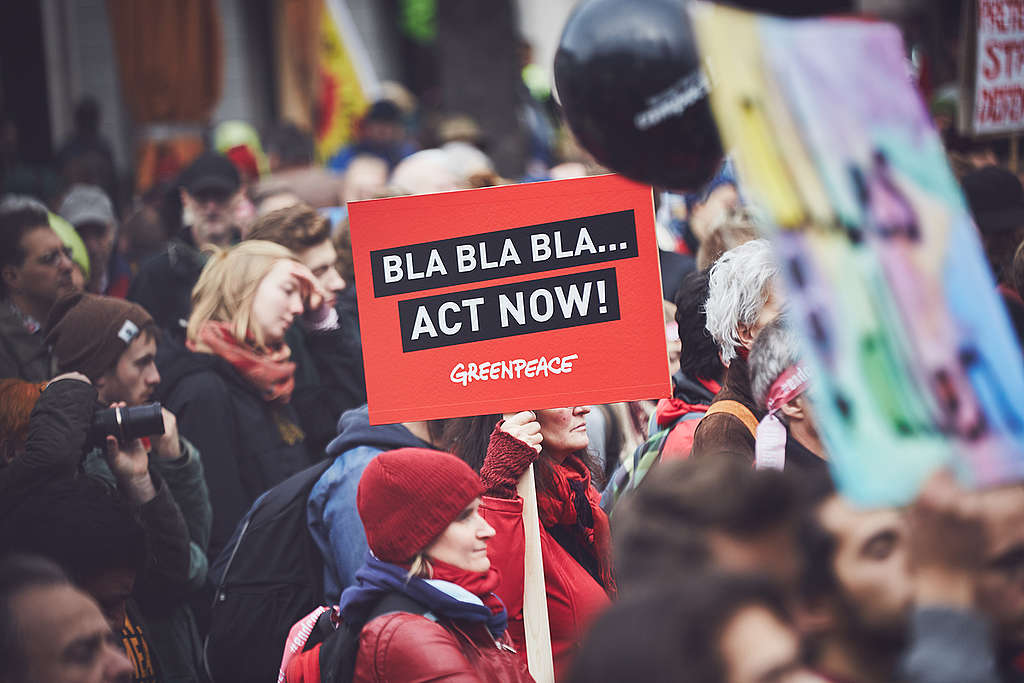 Greenpeace activists at a climate march in Bonn. © Greenpeace

Climate change is the single greatest existential threat to the Pacific islands. Australia is often termed as the big brother of the region. But they have not been acting like one. Australia continues to invest in fossil fuels and is one of the biggest coal exporters in the world. Its government has a love-affair with the coal industry. They refuse to take meaningful action on climate change by reducing their carbon emissions and coming up with a plan to phase out fossil fuels. So while Australia talks about helping its Pacific neighbours their actions suggest otherwise. They continue to be a roadblock to real climate action when they should be a bridge.

We live with the experiences. We see it ourselves daily. We used to have a cyclone season when I was growing up. But today, the cyclone season is all year around. We have to be prepared all the time. Cyclones are forming well before the cyclone season, with greater intensity. Sea-levels are rising. Scientists are projecting that entire island nations will need to be relocated because of it.

It is not us who are responsible for it but we are taking action to decarbonise our economies. If we can do it, why can’t the high polluting countries do the same? 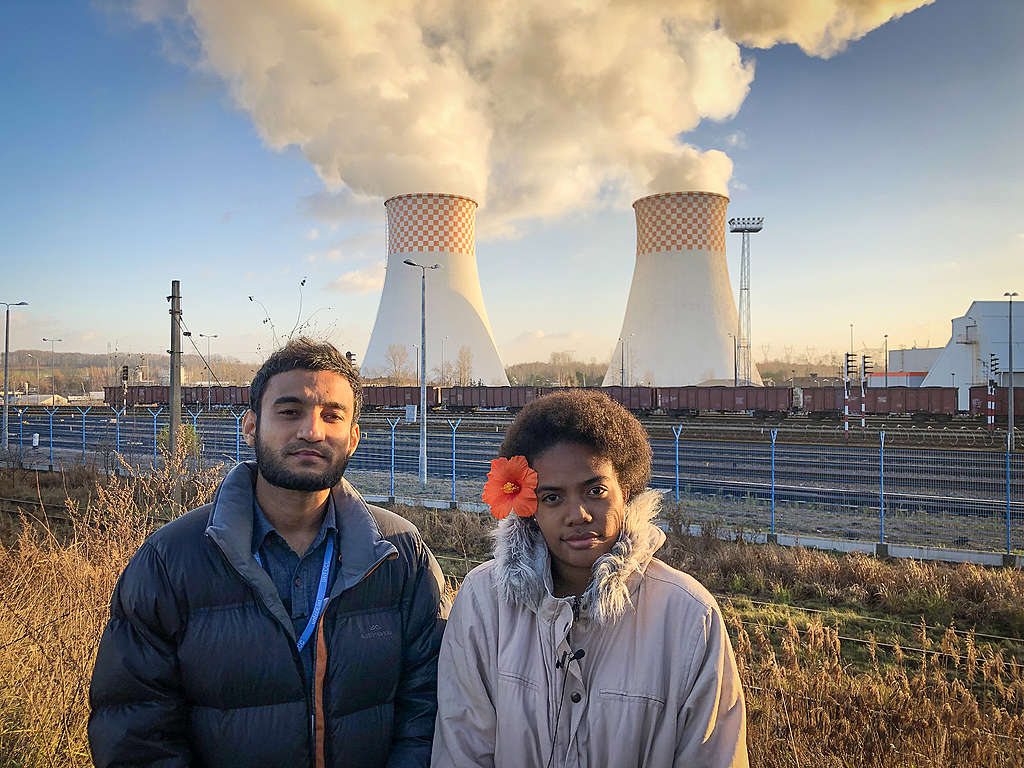 I want to make a difference for my daughter’s future. She is my reason for hope. I believe we can change the course and win the climate fight if governments of developed countries show more political will to raise their climate ambitions.

Right now, they aren’t doing it. They aren’t listening, they aren’t being bold, they aren’t showing the political commitment. And this political inaction gives me the fuel to continue to work towards a better future and add to the many voices from the Pacific who work so hard to give our people a fighting chance.

I want to be able to call out the climate hypocrisy of the high polluting countries by participating at COP24 and share it with the young people in the Pacific. We will do it by communicating what happens at the conference in a language that resonates with Pacific islanders. We will cut through the climate sweet-talk and say it as it should be said. And if we upset those in power that means we are doing it right.