Who’s paying for your cheap seafood? 5 things you can do about slavery in your seafood supply chain

There's no easy way to say this: The seafood at your local supermarket may be connected to slavery. It's heartbreaking. 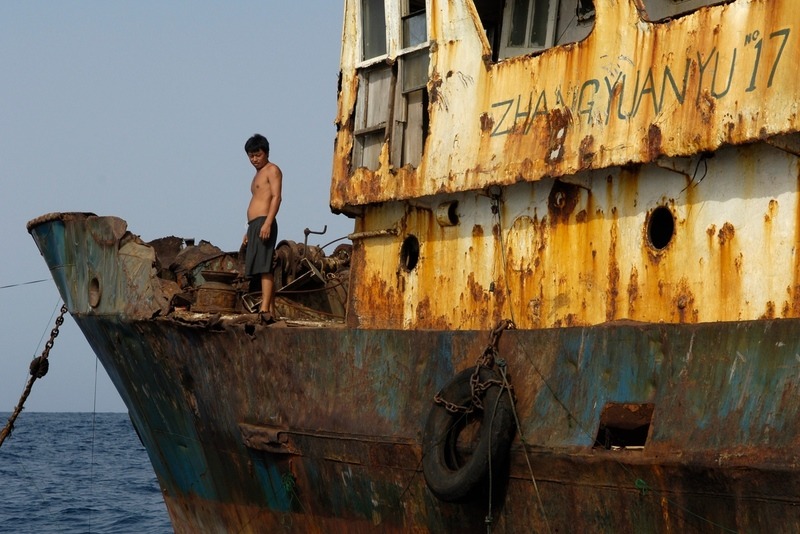 Fishing operators in over 50 countries around the world are crewing ships through human trafficking networks – using “debt bondage, violence, intimidation and murder to keep crews in line and maintain cheap seafood on supermarket shelves,” according to one of many recent reports exposing this exploitation.

An Associated Press investigation in Indonesia earlier this year uncovered evidence of astounding abuse, including crew being whipped with poisonous stingray tails and being kept in locked cages to prevent escape. In Thailand, survivors of forced labor told the Guardian of “horrific conditions, including 20-hour shifts, regular beatings, torture and execution-style killings.” And yesterday, the Guardian revealed how Rohingya migrants were being trafficked and sold into slavery on Thai fishing vessels.

Companies are increasingly motivated to employ cheap or forced labour and to fish illegally as fish populations dwindle from overfishing and demand for cheap seafood grows.

From shrimp, to tuna, to pet food: the global seafood market is tainted with seafood caught unsustainably and by workers who have been denied their most basic human rights.

How can we ensure the seafood industry is fair to workers and the oceans?

Labour abuse – like overfishing – is an industry-wide problem. In order to address it, we need real commitment from every party involved: governments, suppliers, vessel operators, seafood companies, and retailers.

Ultimately, supermarkets that sell seafood must take their share of responsibility. If retailers are not careful about their seafood suppliers and policies, they may make themselves and their customers unwitting accomplices in forced labour or human rights abuses.

But the vast majority of supermarket chains have historically ignored labour abuse concerns, instead of investigating where their seafood comes from.

Does that impact the seafood I eat in Australia?

Seafood linked to human rights abuses and environmental destruction is present in the global seafood market – a problem everywhere.

In Australia, over 70% of the seafood we eat is imported. Our appetite for cheap seafood drives the demand for cheap labour, labour exploitation, and slavery.

As consumers, we can dismantle this destructive supply chain. We can make better decisions, shift demand, and help change the international seafood markets for good.

What you can do about slavery in your supply chain

Human rights violations and environmental exploitation are difficult to track down and stop at sea. Luckily, we can make a huge impact from far away by ensuring no one is profiting off this abuse. Here are five things you can do that make a mark on illegal and exploitative fishing.

In the year 2015, nearly 21 million people are trapped in forced labour worldwide. And the seafood industry is implicated as a top offender. We can’t let this continue.

Supermarkets need to take responsibility and hold the companies providing their seafood accountable. And all of us can help make that happen.

David Pinsky is a Senior Oceans Campaigner at Greenpeace USA.

To learn more about slavery and its connection to Australia, visit Anti-Slavery Australia – Australia’s only specialist legal research and policy centre working towards the abolition of slavery, trafficking and labour exploitation.