While the planet burns, the LNP are tearing themselves apart over coal

The Liberals have doubled down on coal, again, to their own electoral peril, writes Holly Dawson. 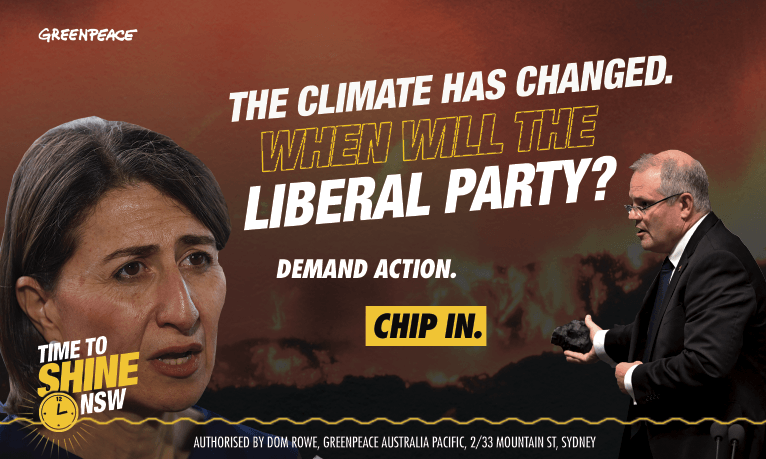 It’s just two weeks until the NSW election and the federal election is just around the corner. Yet news this week that a Hong Kong investment firm has struck a deal with an Australian company to develop two new coal-fired power stations in the Hunter Valley has demonstrated once again that the LNP are fatally split on climate policy.

While Premier Gladys Berejiklian said her government doesn’t plan to approve any new coal-fired power stations in NSW, she didn’t comment specifically on the merits or otherwise of this proposal.

Immediately after the news of the Hunter Valley coal development broke, Coalition backbencher Craig Kelly labelled it a “fantastic” plan and urged Prime Minister Scott Morrison to pour subsidies into it. “This is exactly what the market needs,” Kelly gushed.

Meanwhile, the federal resources minister Matt Canavan has this week declared “now” is the right time to build new coal-fired power stations in Australia, as part of a new push from the National Party to underwrite their construction.

While the planet burns, the LNP are literally tearing themselves apart over coal. If Premier Berejiklian and Prime Minister Morrison thought they had regained the public trust with their rebranded direct action plan (now climate solutions fund) last week – jeez, were they mistaken.

With the NSW state election two weeks away, voters have been left in the dark on where the state Liberals stand on climate change. Recent uComms/Reachtel polling found that climate and environment are now the number one issue for Australians, with one in four saying it is the issue that will most influence their vote, overtaking the economy, health and hospitals.

At present, 80 percent of NSW is powered by coal. These dirty and polluting plants are slowly getting retired around the country, while those that remain are becoming increasingly unreliable – such as Liddell which broke down 11 times last year, causing huge price spikes.

Every state except WA and NSW have clear renewable energy targets to address climate change. When elected on the 23 March, the new NSW Premier, whatever their political stripes, will continue to have the most polluting energy fleet of any state or territory and no plan to transition from coal.

Just in the past week, we have seen the Prime Minister attempting to reposition the Coalition on climate. But the public will not be convinced while the government refuses to rule-out the development of new coal-fired power stations in Australia – and while members of their own team publicly support them.

If Prime Minister Scott Morrison and NSW Premier Gladys Berejiklian want to show us that they are no longer besotted with coal, they will immediately rule out building these coal plants.

Australians have been experiencing increasing weather extremes. We have just had the hottest summer on record. Townsville is in the midst of flooding, Tasmania is suffering devastating fires and our coral reefs are bleaching.

Most people realise that burning coal for power is Australia’s number one contributor to global warming. Our leaders can’t just pretend climate change doesn’t exist anymore. People are angry and they want to show it – and they will do so at the polling booth in two weeks.

The idea of building new coal power-stations in 2019 is mad to most voters. If the Hunter Valley proposal went ahead as proposed, it would be one of the biggest and most expensive sources of pollution in the country.

The upcoming state and federal elections are already climate change elections – and voters will elect leaders with the vision and courage to rule out any new coal developments. The climate is changing – but when will the Liberal Party?