This treaty would ban nuclear weapons. But will the world take it?

“I’m here at the U.N. asking for an abolition of nuclear weapons,” said Toshiki Fujimori, a survivor of the Hiroshima atomic bombing, to diplomats from more than 120 countries gathered at the UN general assembly on 27 March. “Nobody in any country deserves seeing the same hell again.” 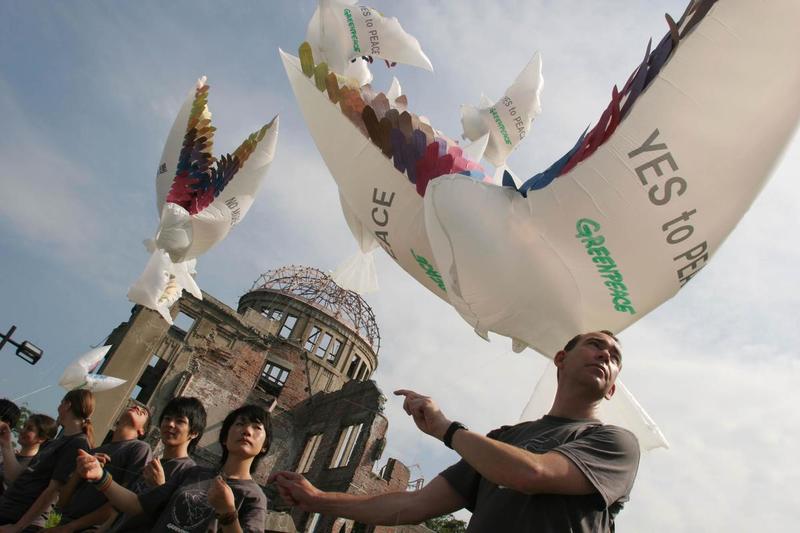 Nuclear weapons are the most destructive, inhumane and indiscriminate weaponsever created and yet they are the only weapons of mass destruction not yet comprehensively prohibited in international law. Biological weapons,chemical weapons, and cluster munitions have  all been explicitly and completely banned. But a new treaty will change that.

What is the treaty to ban nuclear weapons? 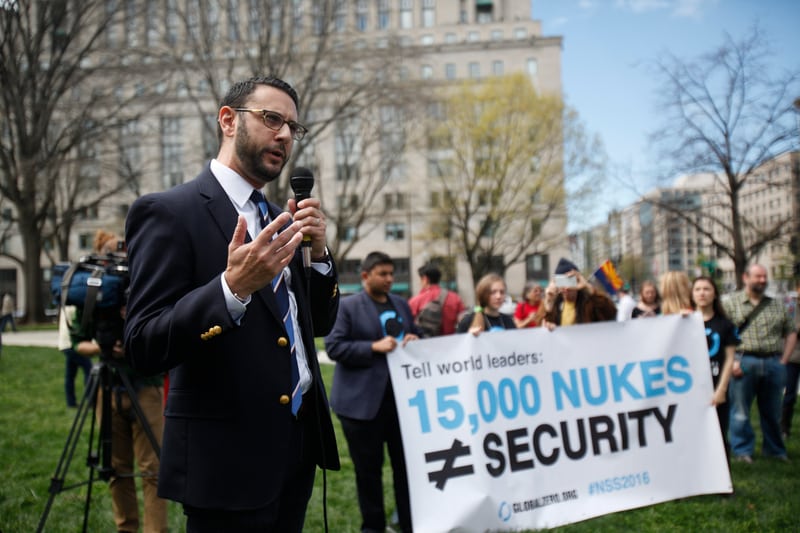 Protesters come together during the Nuclear Security Summit in Washington DC to call to eliminate the 15,000 nuclear weapons in the world today (2016).

Back in December 2016, the UN General Assembly voted on a historic resolution to launch negotiations for a treaty to ban nuclear weapons. 113 countries voted in favor. This week marks the first round of negotiation at the UN headquarters in New York. Representatives  began the drafting process by discussing and submitting language for the various components of the treaty. Work on the draft text will continue over the next few months. Then the next round of negotiations will take place over three weeks in June-July 2017.

While 120 countries have joined the negotiations, the United States and most other nuclear powers oppose the talks and are boycotting the negotiations. On Monday, US Ambassador to the UN Nikki Haley, held an unusual press conference outside, stating: ‘we have to be realistic’. Haley was joined by diplomats from France, UK, Australia and others boycotting the talks. Germany as well is not taking part (see here for a full list – ‘how your government is doing?’).

But make no mistake – these countries boycotting negotiations are not just being ‘realistic’.  Rather, by insisting on the wrong notion that nuclear weapons mean security in a complex and fast changing world, they stand on the wrong side of history.

Nearly 25 years after the end of the Cold War there are still estimated to be 16,300 nuclear weapons at 98 sites in 14 countries.  Rather than disarm, the nine nuclear-armed states continue to spend a fortune maintaining and modernising their arsenals. Last month President Trump indicated he wants to ensure the US nuclear arsenal is at the “top of the pack”. The 9% increase to the Pentagon’s budget proposed by the new administration will be partly used to modernise the US nuclear arsenal, as part of a modernisation plan that has already started under the previous administration.

This is a travesty. 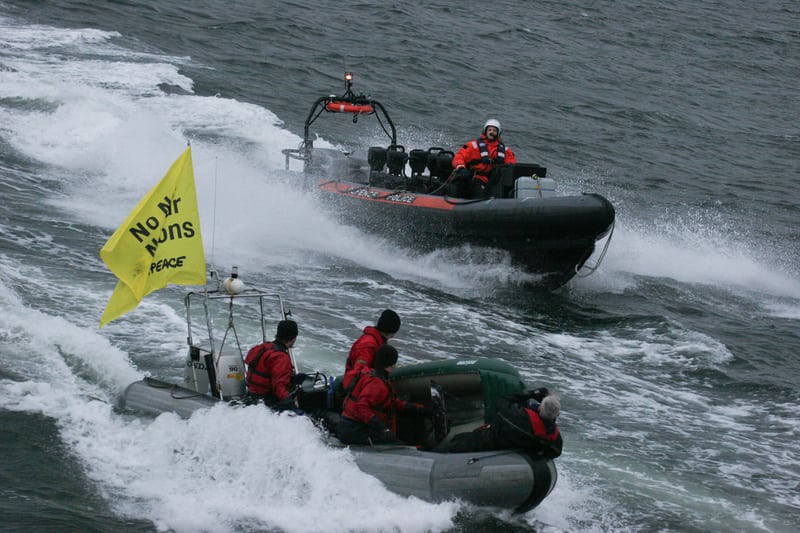 But things are changing, and those countries that dominate world politics cannot stop it. This week marks an end to more than two decades of paralysis in multilateral nuclear disarmament negotiations. A growing number of states are demanding a total ban of nuclear weapons. In supporting the negotiations, they are joined by civil society organisations, scientists as well as the Pope and faith group. 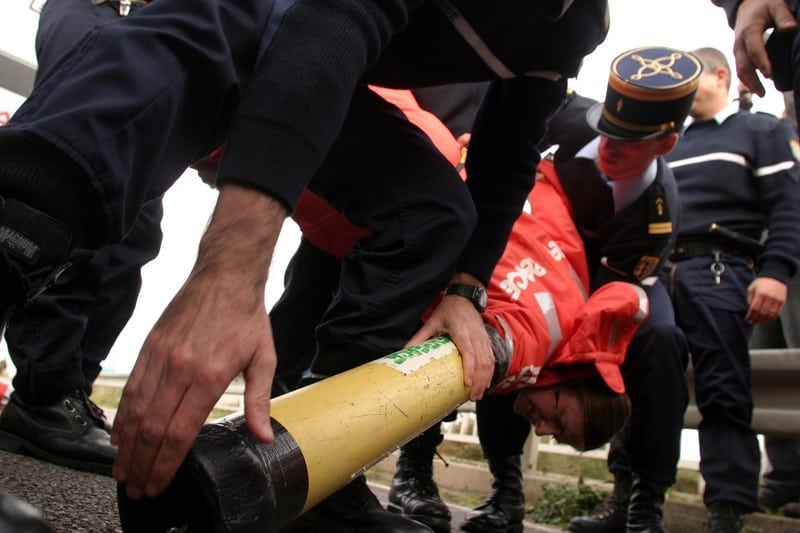 Greenpeace activists clash with French police during a protest against the imminent arrival of two BNFL (British Nuclear Fuels) ships, which are carrying 140kg of radioactive weapons-grade plutonium (2004).

Greenpeace believes that the fight to rid the world of nuclear weapons, the first ever campaign Greenpeace engaged with, is more urgent than ever. Greenpeace joins the call for all governments to join and support the negotiations of the new treaty. We salute our civil society allies who are in NY, pushing governments to do the right things.

Sue Coleman Haseldine, an Aboriginal nuclear test survivor who spoke this week at the opening negotiations, slammed the Australian government’s non-attendance, saying “the treaty should acknowledge the permanent damage done to people, land and culture, across generations, and particularly for indigenous people worldwide. It should require countries to address the needs of impacted people.”

“We have no doubt that this treaty can – and will – change the world,” said Setsuko Thurlow another Hiroshima survivor, to delegates.  “I want you to feel the presence of not only the future generations, who will benefit from your negotiations to ban nuclear weapons, but to feel a cloud of witnesses from Hiroshima and Nagasaki”.

Jen Maman is the Senior Peace Adviser at Greenpeace International