This is the impact of our daily life on the planet

Every day, we all make choices that impact our local area, country, and the world at large. It can be hard to make the link between your favourite chocolate treat and deforestation in Indonesia - but when you zoom out a little, the impact of all our choices become clear.

It doesn’t have to be like this. Join the Greenpeace movement today and take real action to work toward a green and peaceful future. 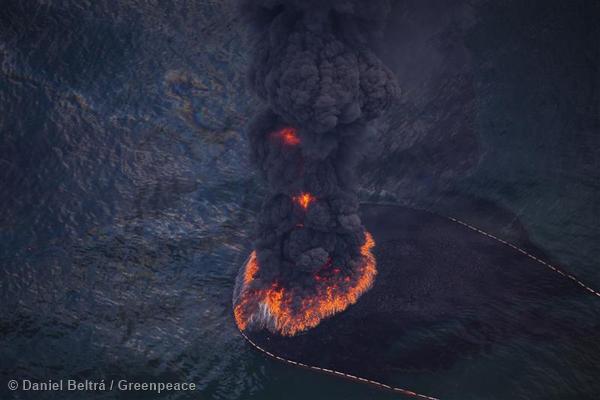 Fire and smoke rise from a controlled burn of oil on the surface of the Gulf of Mexico near BP’s Deepwater Horizon spill source. The BP leased Deepwater Horizon oil platform exploded April 20 and sank after burning, leaking record amounts of crude oil from the broken pipeline into the sea. 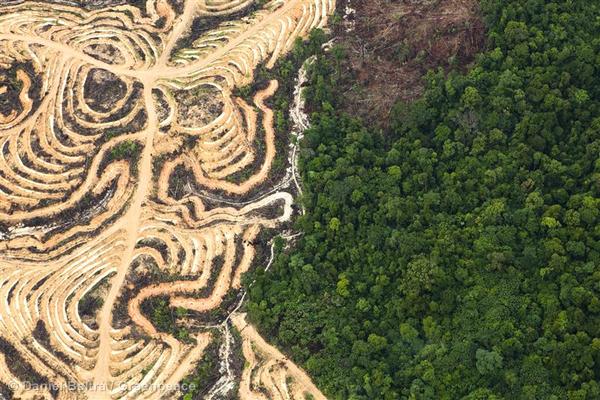 A network of tracks in a deforested area for oil palm plantations near Kwala Kwayan.
Indonesia has one of the fastest rates of forest destruction on the planet, with the expansion of palm oil and pulp and paper plantations as the major drivers, pushing the orangutan to the brink of extinction and accelerating climate change. 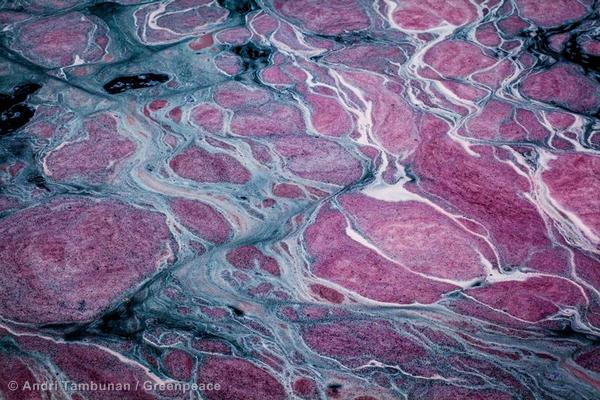 Industrial wastewater containing hazardous chemicals discharged into the Cihaur River, a tributary of the Citarum River. 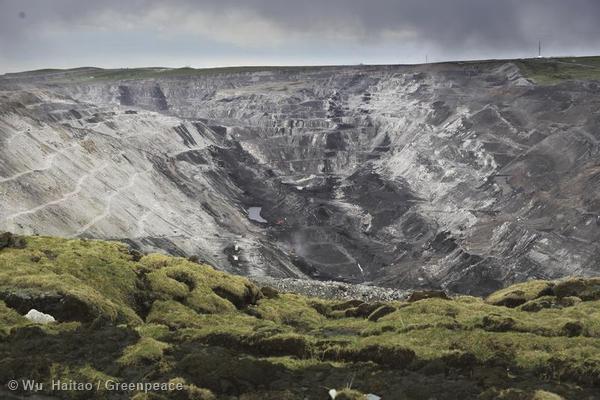 The Muli opencast coal mine, operated by the Kingho group, close to the Chi-Lien Mountains.
A Greenpeace investigation revealed the presence of a giant coal mine illegally encroaching on a nature reserve at the source of the Yellow River. The sprawling mining operation, covering an area 14 times larger than the City of London, at an altitude of over 4,000m, was documented in detail for the first time by Greenpeace East Asia. 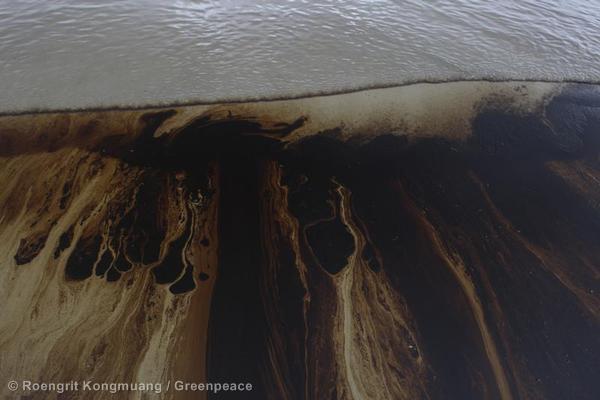 An oiled beach in Thailand. Oil slick is seen on the forth day of clean up at Ao Phrao beach, Ko Samed, Rayong Province, one of the most affected areas by the oil spill. More than 50,000 liters of crude oil has spilled into the sea, 20 kilometers southeast of the Map Ta Phut industrial estate following a leak from a pipeline at an offshore platform. 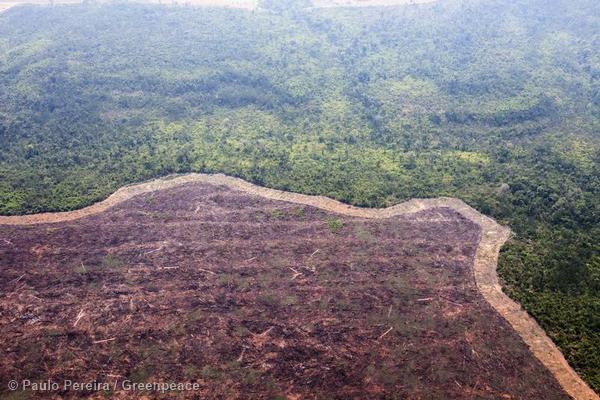 Deforestation in Mato Grosso. Deforestation for cattle farming expansion is seen from the air. The clearance line limits the area to be burned, preventing the fire spreading to the rest of the forest. 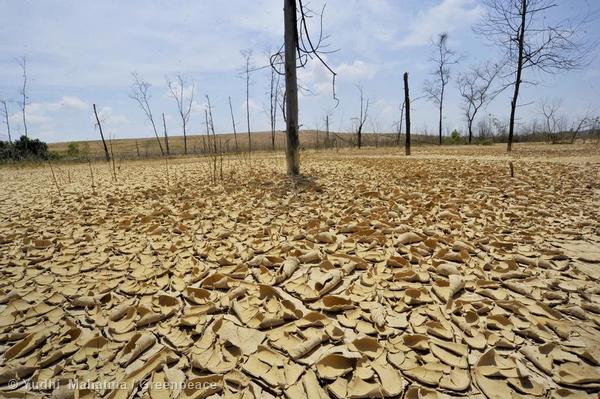 Dried up ponds after they have been used by the coal industry in Asam-asam Coal Mine in South Kalimantan. 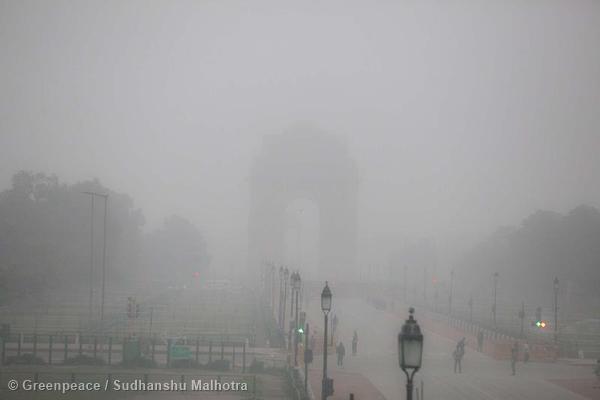 Dangerous Air Pollution in Delhi. Delhi has been recording dangerous levels of air pollution putting everyone, but especially children, elders and patients, at serious health risk. 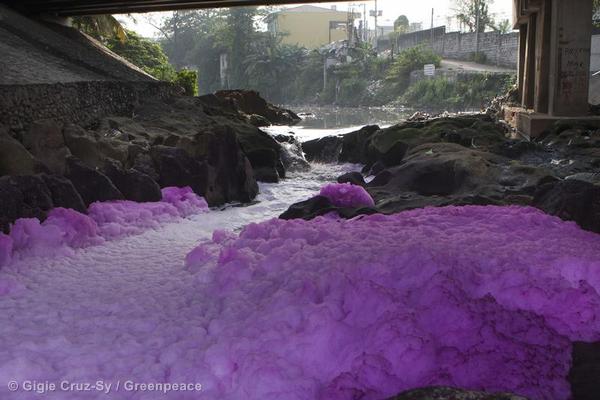 The Tullahan River (running between the cities of Caloocan and Valenzuela) turns pink and purple as foam from unknown source covers part of the river. People living in the area say that the formation of effluent in different colors occurs almost everyday. Residents along Tullahan river have noted a multi-coloured effluent in the river water, rocks and banks. Several industries, such as paper, pen and dye factories, are located upstream from this site. 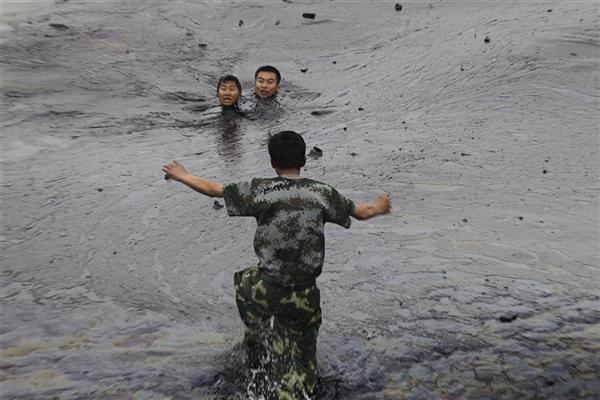 A man attempts to rescue two oil firefighters, Zhang Liang and Han Xiaoxiong, struggling in thick oil slick. One man Zhang Liang (top L) later died as he drowned in the thick oil. The workers ran into trouble as they were attempting to fix an underwater pump during oil spill cleanup operations. The spill was caused by a pipeline blast at the Dalian Port.

Sink-Holes in Inner Mongolia. In 2012, there were as many as 139 wells pumping water from the Hulun Buir grassland with an estimated daily displacement of 26 tons. This grassland contains hundreds of collapsed trenches ranging from 1 to 3 metres in depth. 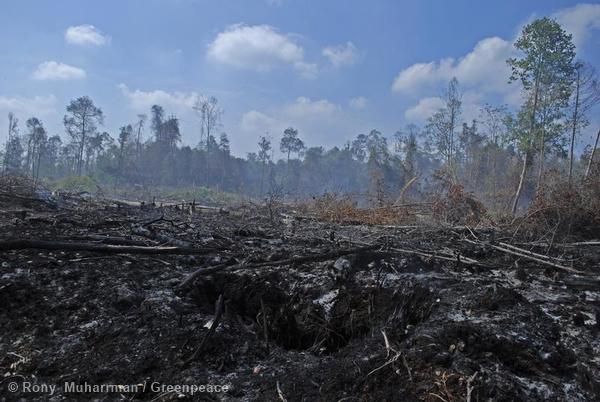 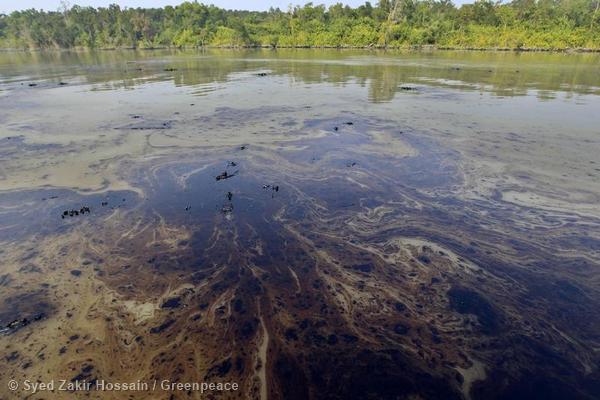 On 9 December 2014 an oil spill occurred at the Sela river of Sundarbans, Bangladesh, a UNESCO World Heritage site, when an oil-tanker named Southern Star VII, carrying 350,000 litres of furnace oil was sunk in the river after it had been hit by a cargo vessel. The event is very threatening to the region’s flora and fauna. 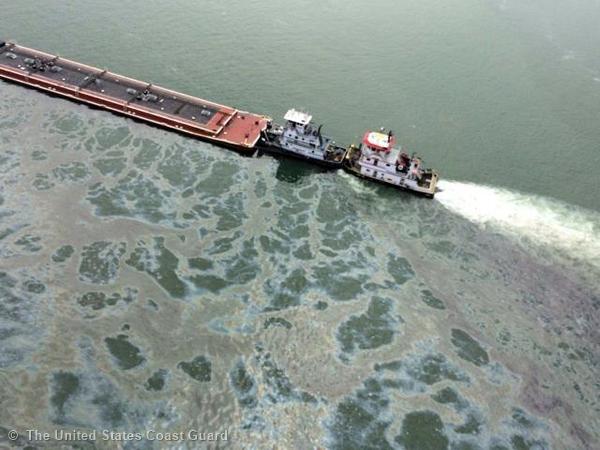 A barge loaded with marine fuel oil sits partially submerged in the Houston Ship Channel, March 22, 2014. The bulk carrier Summer Wind, reported a collision between the Summer Wind and a barge, containing 924,000 gallons of fuel oil, towed by the motor vessel Miss Susan. 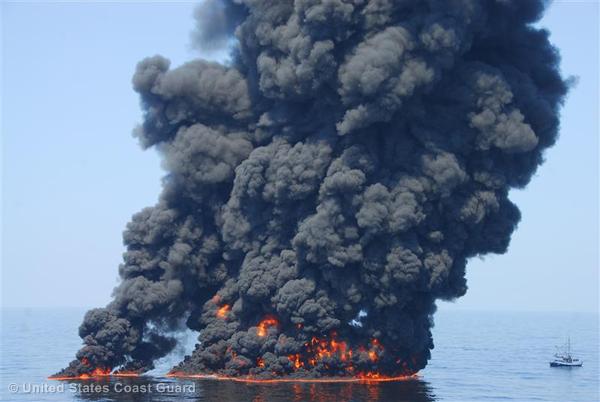 A controlled burn of oil from the BP Deepwater Horizon/ oil spill sends towers of fire hundreds of feet into the air over the Gulf of Mexico.

The way we’re working through the world’s resources is unsustainable and dangerous. Something’s got to give.

Greenpeace is a movement of people like you, standing up for our forests, oceans, and climate. Together, we’re working towards a green and peaceful future where humans intellect results in sustainable innovation, not greed and destruction.

Your world needs you – join the movement now.