Turtles are awesome. Seriously, they’re living dinosaurs that have survived against all odds to roam the oceans for more than 100 million years. They live about as long as elephants, and rock their wrinkles in the same way.

And let’s face it, they have the cutest grumpy face ever. In celebrity terms, they’re the Iggy Pops of the waves, and they definitely share the Lust For Life. They have tough childhoods too, they really go through the wringer to make it to adulthood.

This World Turtle Day, check out these sea turtle kids on Heron Island in the Great Barrier Reef. It’s worth celebrating that we still share our blue planet with this ancient paddler. And help them out by signing the petition to ban deadly plastic bags in Australia.

Every year between November and March, hundreds of green and loggerhead turtles emerge from the crystal clear water of Heron Island to nest on its white sandy beaches. There’s no place like home for a sea turtle and they are known to faithfully return to the place they were born to lay their eggs. 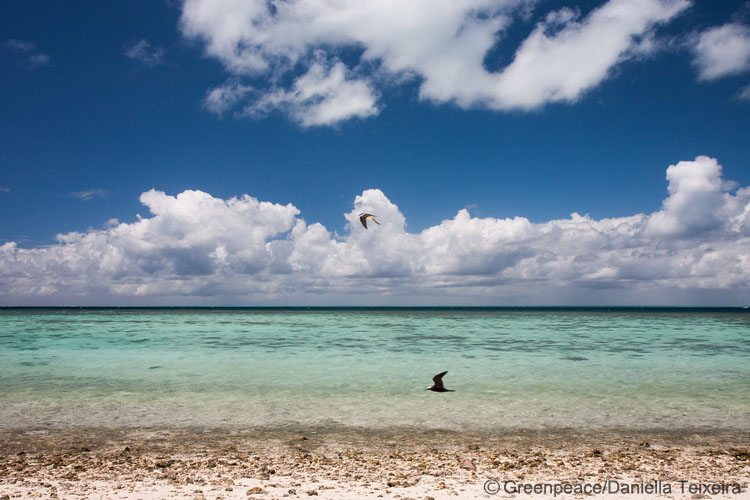 It’s a hard slog finding somewhere to nest and if she can’t find the perfect location (or is disturbed too much), she’ll turn around and go right back out to sea. Sometimes she’ll try again the next night, and sometimes she’ll lay her eggs in the water. 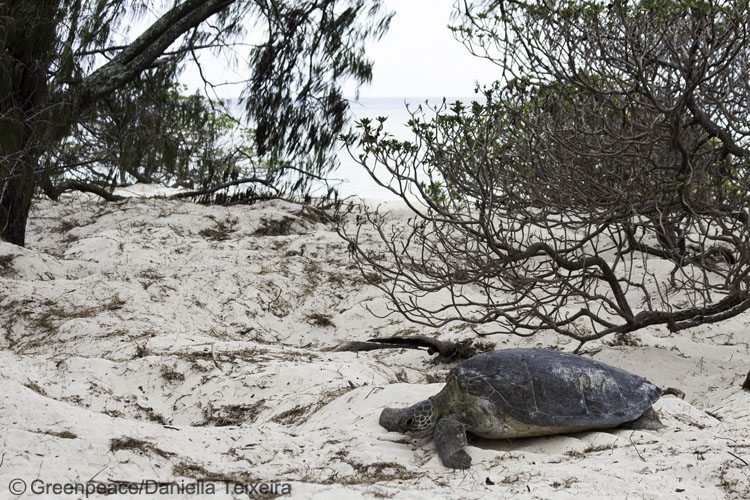 Nesting on land is exhausting work for an animal that spends most of its life at sea. It takes hours and hours to find a spot, dig a nest and lay her eggs. 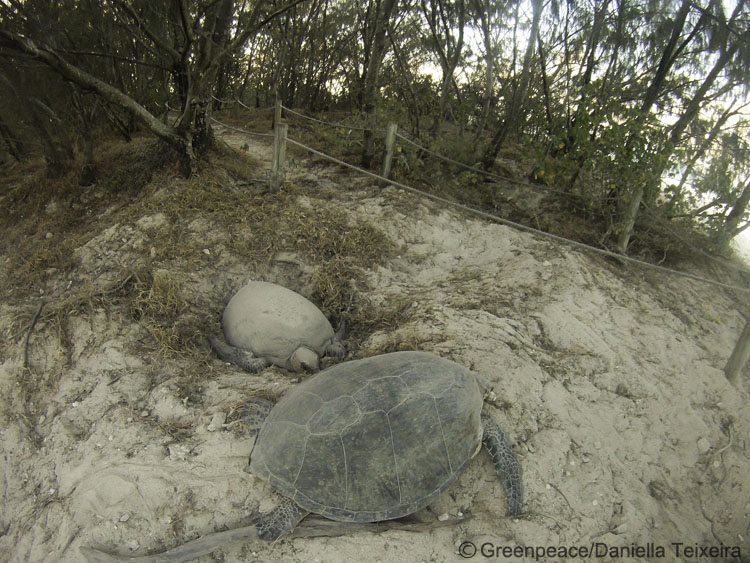 After laying around 80 – 120 eggs, she then meticulously conceals the nest, throwing sand in all directions with her flippers. 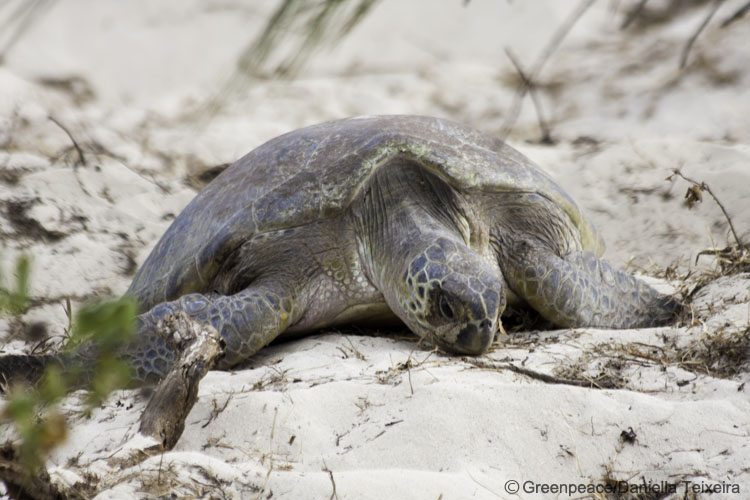 Then it’s time to drag her weary body back out to sea, never to return to tend to her clutch.

Then, after around two months, HATCHLINGS break loose! 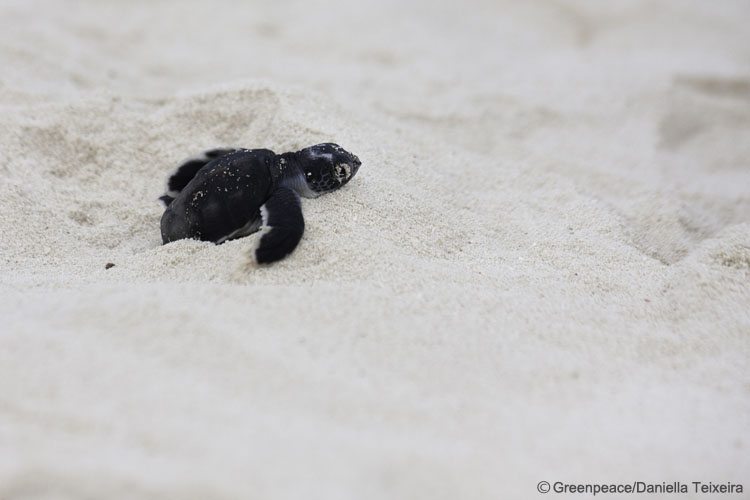 From the moment they hatch, life ain’t easy for a baby turtle. Running on sand is hard enough when you have two legs adapted to land, let alone newborn tiny flippers. Sometimes, you need to take a breather. 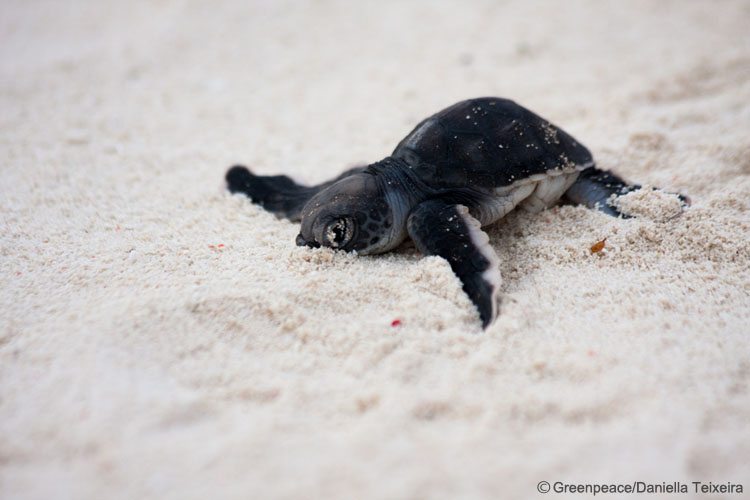 And other times, you stumble and fall. 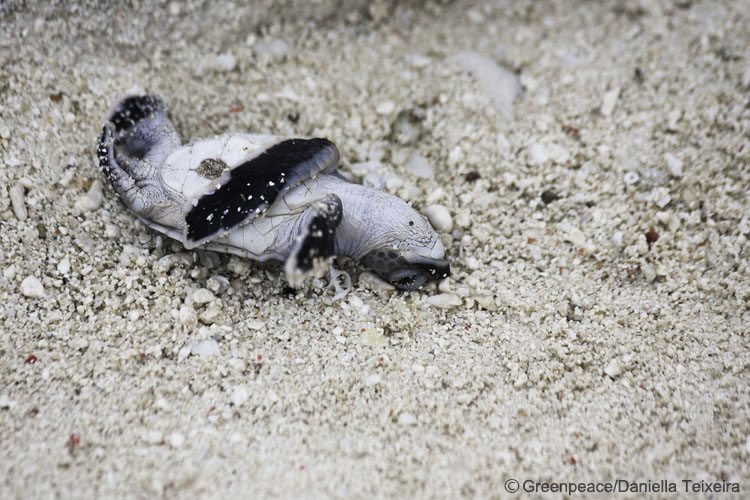 But the sand isn’t the only hazard facing these babies. A gauntlet of ravenous seagulls and sea birds eagerly await their birth on the beach. If you visit a turtle nesting island in the Great Barrier Reef during hatching season, be warned. You’re bound to witness a seagull gobble up a baby turtle and it might be one of the most crushing things you’ll ever see.

But they are true little battlers and the fastest (or luckiest) make it to the water’s edge and clumsily ride the waves out to sea (*crowd goes wild*)!

After this heroic effort by mother and babies, incredibly only 1 in 1000 turtles will survive to adulthood. That means that for some of these mums, there’s a real chance that none of her babies will survive. Sob. 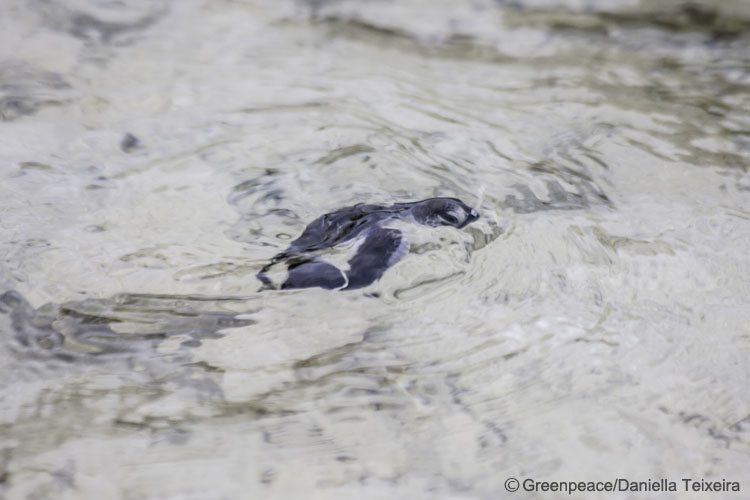 These majestic creatures have survived natural predation for more than 100 million years, but now through fishing, plastic pollution, coastal development and climate change their future is uncertain. We can change this, but we need to act now.

30% of the world’s turtles have now ingested plastic. Every year in Australia, 50 million plastic bags litter our waterways and oceans – but the solution is simple: ban the bag! Four of Australia’s states and territories – South Australia, Tasmania, ACT and the Northern Territory – have already done it. Sign the petition to get the biggest four states – QLD, NSW, VIC and WA – to ban the bag and save our turtles!