The water came from everywhere but the sky

Brisbane City Council is about to vote on whether to declare a climate emergency: a powerful first step to building a future free of disasters like the 2011 floods in Brisbane. Local Break Free Action Group member Jo Owen shares her story and explains why this one matters so much. 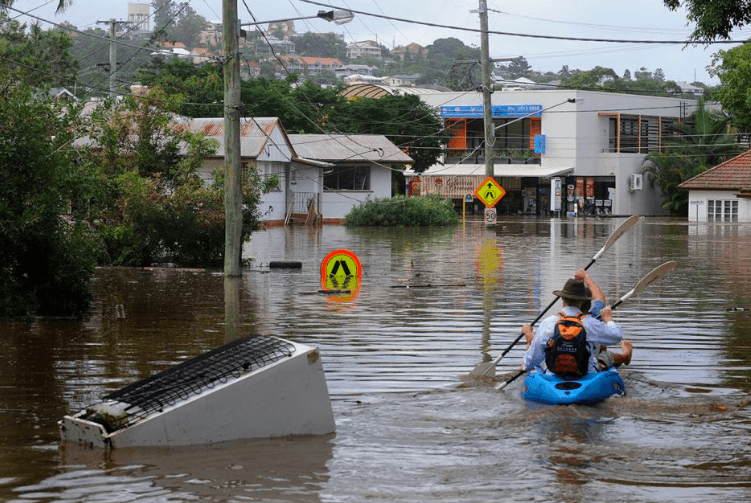 From droughts to flooding rains, I’ve lived through the full spectrum of climate impacts. If there’s one thing I know, it’s that Aussies, and in particular Brisbaners, have an incredible community spirit for standing together in the face of a disaster.


Growing up in rural NSW, I remember the terrible drought of the 80s. Crops shrivelled and shrunk back into the ground. I remember sitting on the small reservoir on the back of our one-tonner, carrying food and water to thin sheep struggling to feed their lambs. I remember the burning sun on my skin and the sticky film of sweat and dust that covered us from head to toe. I remember waiting for the sound of rain on the tin roof.

We did everything we could to keep our farm going, especially when the going got tough. That’s what you do when you live on the land, even when it’s baked dry and you’re always at the mercy of the elements, or lack thereof.

Growing up on the farm, our community always rallied together. I paid it forward in my teens by joining a group where we packed relief supplies for farmers in drought-stricken communities.

Fast forward to 2011, and my husband and I were swept up in the chaos that gripped Brisbane as the river broke its banks and swallowed half the city.

The river peaked at 4.46 metres, swelling to double the volume of the 1974 flood, and the total recovery effort cost Brisbane City Council more than $440 million.

The water seemed to come from everywhere but the sky, often a startling blue as the river rose, bubbling up from drains, pouring into carparks, and plunging our beautiful city into upheaval.

However, from that chaos something beautiful emerged: A city united, drawn together in solidarity to help out, clean up and rebuild. Out of the floodwaters rose the Mud Army. To this day, I’ve never seen anything like the incredible spirit that Brisbane showed as we all rolled up our collective sleeves to support each other after such a mind-blowing extreme weather event. 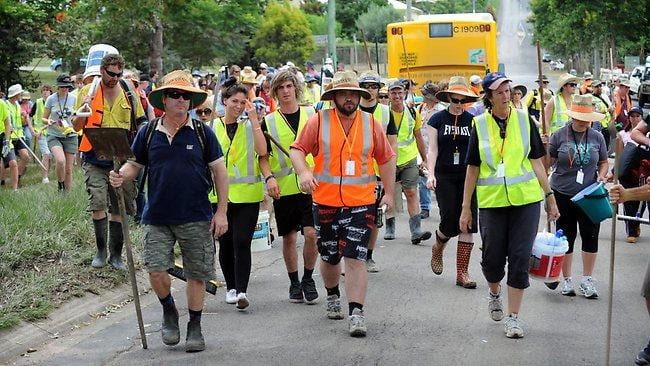 Fifty-five thousand registered volunteers and countless others chipped in to work with authorities in removing more than 400,000 tonnes of flood waste, cleaning 26 million litres of mud out of 458.3 kilometres of stormwater drains, and most importantly, come together as a community in the wake of such a disaster.

That spirit that Brisbane showed is precisely the sort of footing we need to be on now as a community to do everything we can about climate change.

The weather bureau has just confirmed that the current drought in the Murray Darling Basin is the most severe in 120 years of records. This comes off the back of a record-breaking summer when an unprecedented 1.4 metres of rain fell on Townsville overnight. And June 2019 has been recorded as the hottest on record, worldwide.

From droughts to flooding rains, the science tells us that climate change is now influencing all extreme weather events, and it’s all getting worse.

Brisbaners have a tremendous spirit of community, especially when it comes to a crisis. As a city, we need to mobilise to ensure we do everything we can to avoid the worst of the climate crisis, and to make sure our beautiful city doesn’t have to go through something like that again.

That’s why I’m reaching out to all of the people of Brisbane to call on Brisbane City Council to join the wave of over 800 local governments all around the world who have formally recognised the climate emergency.

From Paris to Sydney, Auckland to Noosa, 160 million people are now represented by a local government that has stepped up and called the climate emergency for what it is, and many of them are also taking concrete steps to shift to 100% renewable energy.

In Australia alone, 29 local governments have formally recognised the climate emergency. As the largest local government in the country, if Brisbane becomes the 30th, it will bring the total number of Australians represented to 4 million.

Brisbane City Council already has significant sustainability initiatives in place, and an opportunity to take the next step has presented itself when a climate emergency declaration will be tabled at the council meeting on Tuesday, July 30.

If Brisbane declares a climate emergency, it would also send a powerful message to state and federal governments about how Australians want their future to look, which would consolidate Brisbane’s reputation as a sustainable city.

– Email the council now and call on them to vote to declare a climate emergency.

– Get involved in the Break Free campaign.

Jo Owen is a member of the Brisbane BreakFree Climate Action Group.