The Reef is indeed in danger – the truth behind the lies

Environment Minister Greg Hunt has tweeted the most despicable words of the election campaign so far. Across a picture of sparkling blue Great Barrier Reef waters, he has in recent days proclaimed: “Under Labor, the U.N. put the Great Barrier Reef on the in danger ‘watch-list’. Under the Coalition, it came off.” 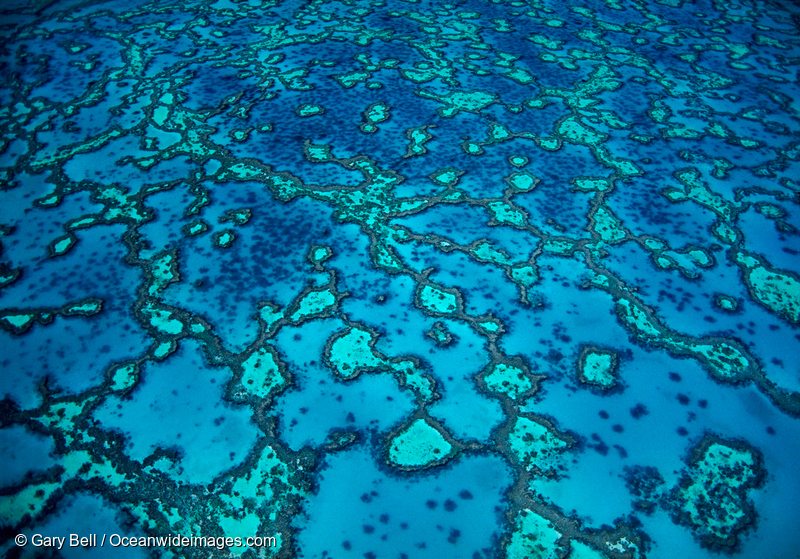 Incredibly, Hunt started this bragging on the very day it was revealed that a huge swathe of the Reef’s corals had just died.

I was at a UNESCO World Heritage Committee meeting in Bonn last year when the status of the Reef was discussed, and I know what went on behind the diplomatic scenes. Greenpeace was there to tell the United Nations the truth: That the Reef’s health was, in fact, in danger.

On Monday, scientists confirmed that of the 93 percent of the Central and Northern section of the Reef that bleached earlier this year, 35 percent of the corals have died.

Let’s let that sink in.

Our “Environment Minister” was bragging days after revelations Australia censored a UNESCO report into the impacts of climate change on Australia’s World Heritage places. Scientists have expressed disgust and bewilderment that the UN report detailing climate change impacts on the Great Barrier Reef, Tasmanian, and other World Heritage Sites had been scrubbed at the Australian government’s request.

What Hunt tweeted, by the way, was not true: UNESCO last year did keep the Reef on its ‘watch-list.’ The Australian government must report back to UNESCO in December; an ‘in danger’ listing is very much still in play.

This follows the Coalition government’s long, shameful, politicking to cover up the true fate of the Great Barrier Reef. The government has put all its energy into censoring the truth that climate change is breaking our most beautiful places – the Reef, ancient Tasmanian forests – rather than doing what’s in their power to protect them.

No one disagreed that the Reef was, in fact, in danger. But then there was the stale old politics.

Greenpeace Freedom of Information requests revealed that hundreds of thousands of dollars were spent in the lead up to lobbying World Heritage Committee members not to list the Reef as ‘in danger’.

I was at UNESCO the day Australia’s official delegation streamed in, bigger than a football team and dwarfing those of other countries – all flown over on the taxpayer’s dollar. All there to make sure the Reef didn’t go on the ‘in danger’ list.

They stayed in one of the most expensive hotels in Bonn, also at the Australian taxpayer’s expense. Privately, ambassadors expressed their concern at Australia’s politicisation of the World Heritage committee meeting, that they had never seen such aggressive lobbying in this forum.

Imagine if they’d spent that much energy trying to tackle climate change.

In the struggle to save the Reef, it would be easy to focus on Greg Hunt as an individual. Like Emperor Nero singing while Rome burned, we have our Environment Minister, singing his own government’s praises while the coral scorches.

But the truth is usually far more structural. The Coalition – and to a large degree both major parties in Australia – are wedded to the extractives industry, especially coal. There is simply no room in party policy to say no to the Carmichael coal mine, no to the Abbot Point expansion, no to anything that would stop the rot of fossil fuels.

But we have to be honest about the Reef. The greatest threat to its health is climate change, and climate impacts are here, happening now. To have any hope in hell of minimizing the scary amount of damage that’s already locked in, we need to act on climate change, urgently and at scale, which for Australia means taking on the coal industry, and the rest of the fossil fuel industry.[1] That’s why Greenpeace is calling on both parties to put an immediate moratorium on any new coal mine or mine expansion as the first step to phase out coal.

And us Australians who love the Reef must do everything we can to fight climate change. We all have to do better. Who are we, if we let the Reef die and Tasmanian forests burn, on our watch? Who are we, if we don’t take our anger and our sadness to the ballot box – but also to the streets, and to the ports?

If we haven’t done absolutely bloody everything we can, how will we feel when one day our kids ask us, ‘What was the Great Barrier Reef like when it was alive?’

[1] There are other harms to the Great Barrier Reef: agricultural run-off, invasive pests, industrial development –  all of which warrant time and attention. But the big ticket item is coal because – as we’ve seen – climate change has just attacked the part of the Reef that was the most pristine, the most untouched by human activity.