The ‘beautiful tricks’ played by APP

Asia Pulp & Paper (APP) said earlier this month it would set aside 20 hectares of peat swamp forest for the rehabilitation of the ramin tree species. 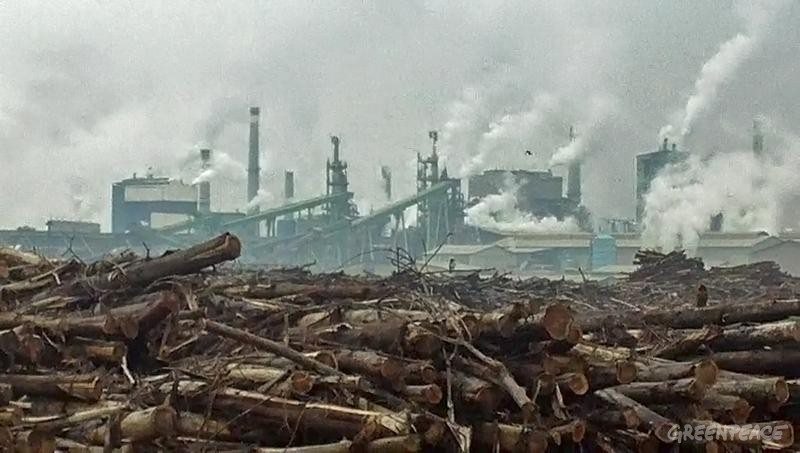 It’s hard, however, not to be skeptical about this plan given that APP manages at least 2.5 million hectares of land across Indonesia, much of it in areas of peatland which are ramin habitat.

Ramin is an endangered tree species, protected under Indonesian law and on appendix II of CITES, the international conservation agreement. It’s illegal to cut and trade it without a license. It’s a license that APP does not have.

But earlier this year Greenpeace published the findings of a year-long investigation which repeatedly identified illegal ramin logs waiting to be pulped alongside other rainforest logs at APP’s Indah Kiat pulp mill in Sumatra.

Indah kiat in Indonesian means ‘beautiful trick’ and I can’t help think that this is a fitting name given the recent developments around ramin trees.

When the results of our investigation were released in March we immediately passed a dossier of evidence to the Indonesian Forestry Ministry, requesting an urgent investigation at APP’s mill. The ministry dithered and delayed before eventually agreeing to send a team to the mill more than a month later.

Greenpeace declined an invitation to participate, as the delay provided ample time for APP to clean up the evidence of wrongdoing that had been sitting in the mills’ log yards.

Speaking at an APP sustainability event a few months later, the results of the ‘investigation’ were announced.  Sure enough, APP was cleared of any wrongdoing. Apparently cutting ramin was not illegal, APP just needed a licence – and it had segregated ramin logs that were ‘accidentally’ cut by suppliers.

APP, which likes to claim it has zero tolerance for illegal timber, said the illegal logs were actually found in a quarantine zone and were not destined for its pulp mill. But you can see in the below diagram showing where and when these ramin log samples were collected just how plausible this explanation really is. 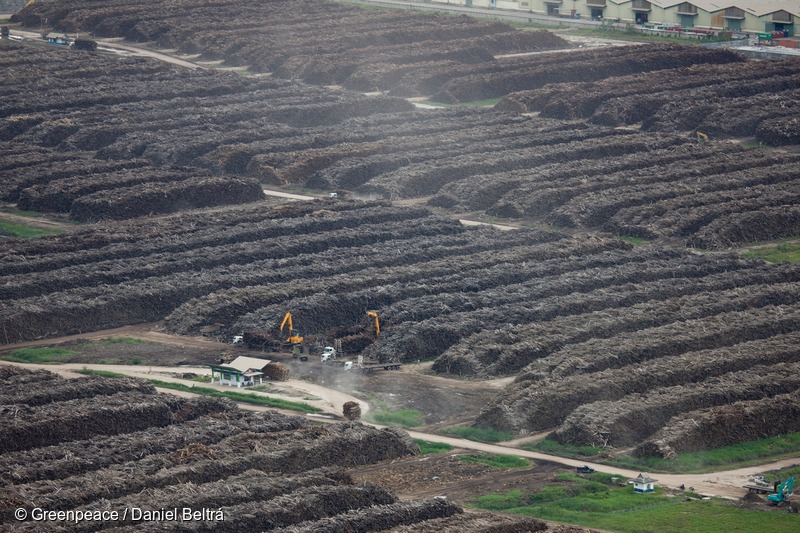 The company released no evidence showing its quarantine zone. It did not produce any map or photos and no independent parties were invited to see it.

Even now, APP has not publicly announced sanctions against any suppliers. But, interestingly, it has quietly amended its procurement policy.

The company’s previous policy stated that APP would expect suppliers “to preserve protected species as listed in … CITES”. This would have included ramin, which is a CITES appendix II listed species. Now the policy has been made much more specific, stating that APP will only accept timber “not listed under… CITES appendix I” – meaning it no longer rules out ramin.

Now comes the news that APP is providing funds to Indonesia’s Forestry Ministry and the Research Center for Biotechnology and Forest Tree Improvement for ramin rehabilitation. Why?

APP claims it “is committed to conserving biodiversity and is pleased to be able to make a positive contribution to the joint-effort to increase the population of endangered species in Indonesia.”

But the truth is that between 2003 and 2009, Sumatra lost more than a quarter of its peat swamp forest with APP clearing some 180,000 hectares of this vital ramin and tiger habitat. Rapid clearance of peat swamp forests has continued ever since.

So if APP was serious about protecting ramin and other endangered species, the first thing it would do is stop destroying these forests rather than boasting about a 20 hectare forest rehabilitation initiative with a biotech company.

It appears that APP is still playing beautiful tricks and has its priorities completely wrong.