Standing together for peace: a message to Julie Bishop

At 7am this morning, 149 origami peace doves carrying thousands of messages for peace took flight in front of the Sydney Opera House. 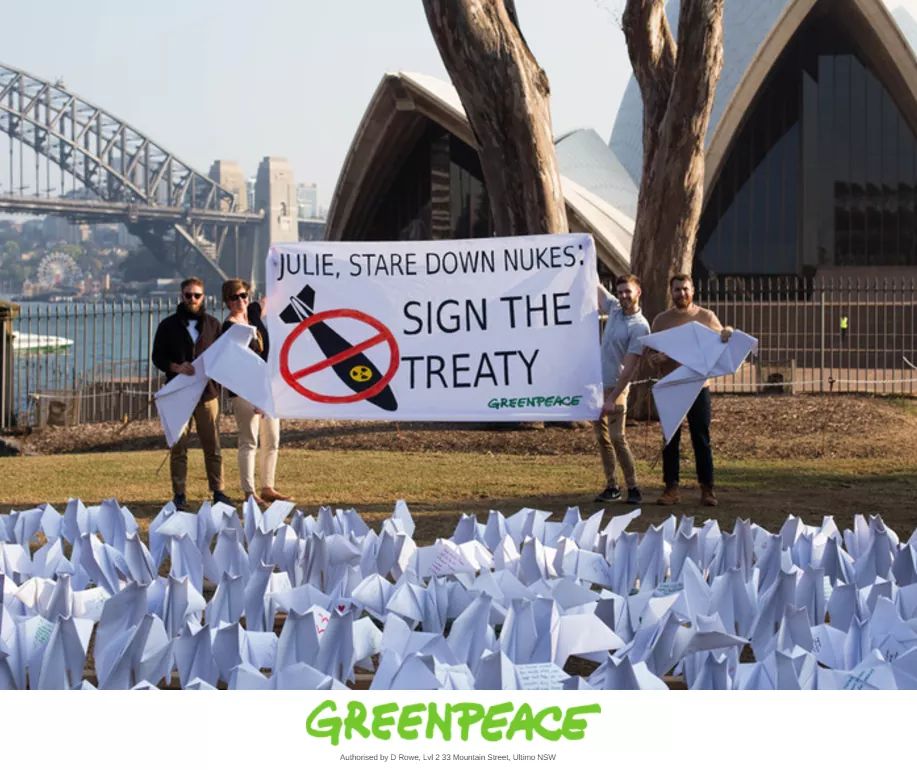 Over the past month, thousands of us have spoken up for a peaceful world without nuclear weapons – even though our government hasn’t. Julie Bishop had a chance to sign Australia up to the Nuclear Weapon Ban Treaty when it opened for signature in New York yesterday, but she chose not to.

The treaty will likely come into force anyway as many other countries will sign it – so there are plenty more chances to reverse Julie Bishop’s decision. And the pressure is building.

Here’s what we did together to get the treaty on the political agenda: 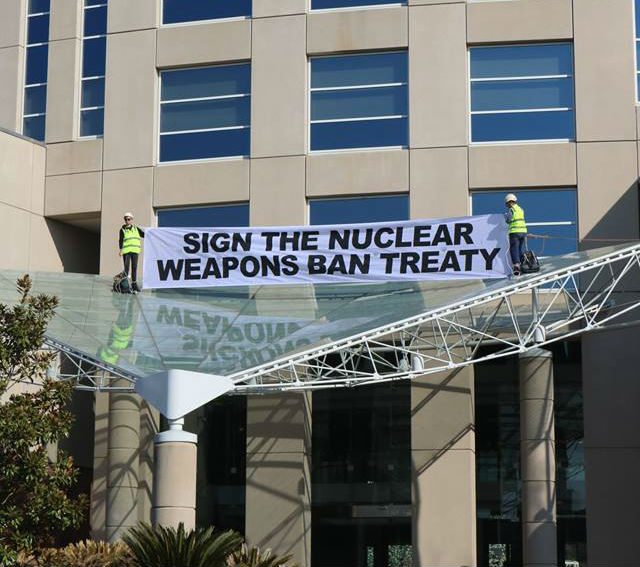 This morning, we assembled your doves in front of Sydney’s iconic Opera House – and now the doves are on their way to Julie Bishop’s office in Canberra to deliver your messages.

Greenpeace is an independent, people-powered organisation that has been fighting to eliminate nuclear weapons since 1971. In fact, Greenpeace was born during an anti-nuclear testing protest, and we won’t ever stop until there are zero nuclear weapons in the world. The new UN Nuclear Weapons Ban Treaty offers a real way forward at a time when we desperately need it. We’ll keep up the pressure for as long as it takes Australia to get on the right side of history.

So thank you to all those people who added their name to the petition and wrote a heartfelt message for a peaceful future. Let’s not stop until we get it.