Queensland government has put more than just the Reef at risk

There’s something magical about the way sea creatures dart in and out of the cracks on the Great Barrier Reef. 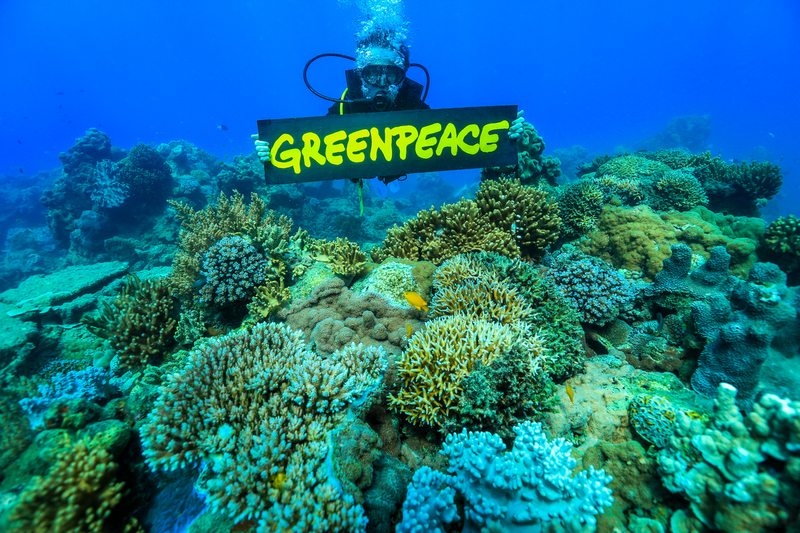 You can see vibrant light displays as the sun moves through the sky. It’s why people flock from around the Earth to see one of the world’s greatest treasures. Australia is so lucky to have such a wonder that it seems callous to try and put a dollar figure on it, let alone turn it into an industrial super-highway for a dying and destructive industry.

No wonder I find it so hard to stomach Queensland Labor’s decision to approve mining leases for the Carmichael coal mine. By backing the coal industry’s interests ahead of something that belongs to us all, the government has risked more than just the Reef. It has also dumped its entire credibility into the trash like a mouldy sandwich.

Have you ever done something in the middle of the night because you knew it was so wrong? It doesn’t take a genius to guess why the Government told the world about it on a Sunday morning. At that time most journalists are sleeping in. Obviously they thought we would forget that one of the biggest reasons people voted for them was their promise to fight for the Reef. I certainly haven’t forgotten, and I bet you haven’t either.

The weirdest thing about this saga is that almost everyone knows that the Carmichael mine doesn’t stack up. They need more than Government approvals to start digging. It’s been obvious since the world agreed at Paris to keep warming as close to 1.5 degrees as possible that coal is a fuel of the past. Ninety per cent of new energy projects are renewable, not coal. Without a plan to adapt to this new reality, this is already damaging jobs in Australia. While 69,000 people rely on a healthy reef, the coal industry employees fewer people than Bunnings, and is shedding jobs. According to its own figures, the mining industry has recently lost 22,000 jobs. Pretending that the world wants more coal from Australia is like trying to sell eggs to chickens.

This hasn’t escaped the attention of the world’s banks, even if the Queensland Government can’t see it. The mine is light years away from getting the extra US$16 billion that they need to build it. Fourteen banks have declared that they wouldn’t support it, many before they were even asked. Even the Queensland Treasury has called the Carmichael mine “unbankable”. Ouch!

Why did the banks rule out wrecking the reef? It’s because you made them – people power and divestment have dragged the banks kicking and screaming into the 21st century. We know that pressure works, and we also know that we will be able to get our governments to back renewable energy rather than filthy new coal mines. There’s one little catch though – we’re not going to be able to do this on our own. We need you!