PwC in bed with the Minerals Council of Australia

What do a carbon neutral certified company and a bunch of coal-loving climate change deniers have in common? As it turns out, much more than you’d expect!

What do a carbon neutral certified company and a bunch of coal-loving climate change deniers have in common?

As it turns out, much more than you’d expect!

Accounting firm PricewaterhouseCoopers Australia (PwC) has been outed as a member of coal super lobbyist group the Minerals Council of Australia (MCA).

This means that PwC bankrolls the operations of a group that openly brags about how good it’s been at stopping government action on climate change.

PwC now finds itself in the bizarre situation where it’s reducing its own carbon footprint while supporting a group that believes those efforts are a waste of time, because, in the words of the MCA’s former CEO Mitch Hooke, climate science is “wholemeal sandal-wearing religious stuff”.

PwC can’t have it both ways: it can either fund the Minerals Council, or present itself as environmentally conscious, but not both.

That’s why two Greenpeace Australia Pacific activists, wearing full face logos of the Minerals Council and PwC, this morning slipped on their best pyjamas and cuddled up in a bed in the foyer of the accounting firm’s Sydney offices. 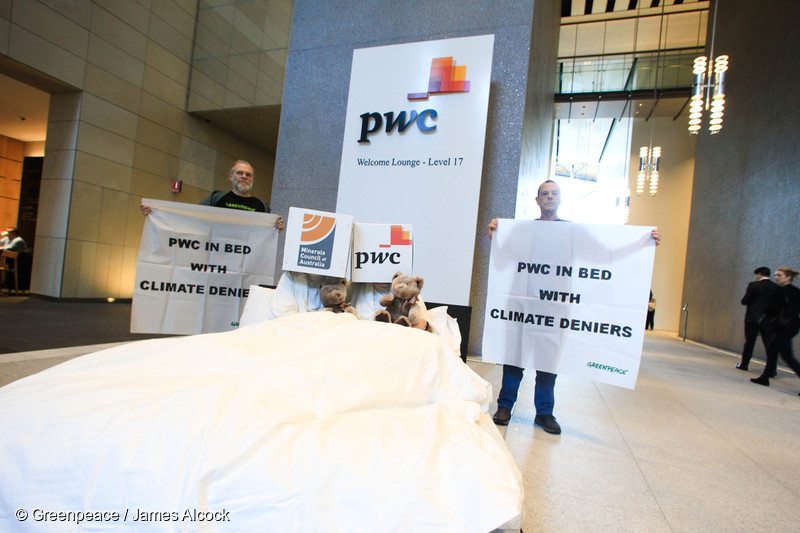 The unlikely bedfellows were flanked by another pair of activists brandishing signs that read “PwC in bed with climate deniers”.

The message may not have resonated with the building’s befuddled security team but it should make a mark on PwC’s senior management who Greenpeace are calling on to live up to their professed ideals and quit the Minerals Council.

It’s a simple move that would demonstrate, for example, that PwC’s membership of the UN Global Compact, which says businesses should undertake initiatives to promote greater environmental responsibility, is not just a PR exercise but a genuinely held belief. 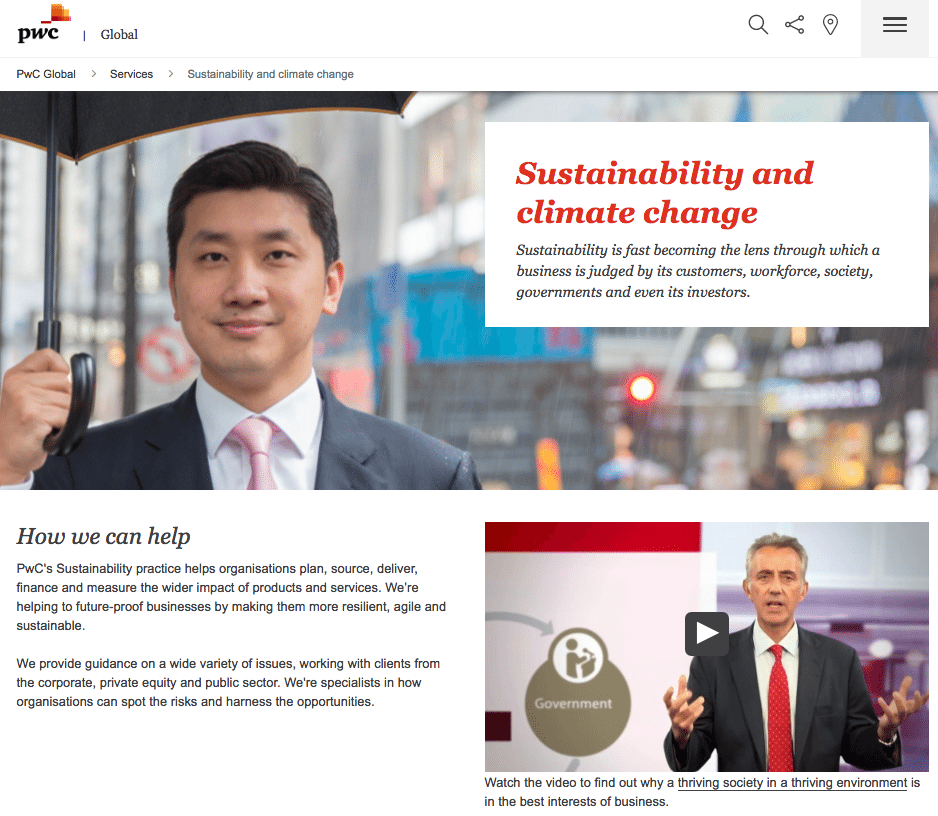 I’m not sure a thriving environment goes hand in hand with supporting a coal-loving, climate change denying lobby group…

And they wouldn’t be the first. Last year AGL, the largest emitter of greenhouse gases in Australia, dropped its membership of the MCA because their pro-coal stance went against AGL’s own, more progressive position.

If Australia’s biggest single carbon polluter felt it had to quit the MCA, then it shouldn’t be too difficult for PwC.

The firm makes a large part of its money by advising businesses on how to deal with climate change and has even hinted that the Australian government should step up its efforts to decarbonise the economy.

PwC can’t continue to do this with a straight face if they are going to fund a group that pushes against the efforts that they says the country requires.

Let PwC know that they’ve been caught out and the duplicity has to stop.