Protecting Antarctica, the heart of the ocean

For many people the Antarctic is little more than a far-away frozen region, literally at the edge of the world; with sterile glaciers, icebergs and colonies of not-so ‘Happy Feet’ penguins, buffeted for much of their lives in the extreme Antarctic wind. 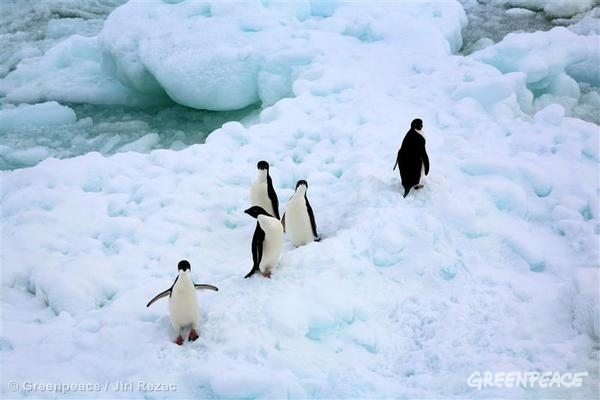 The ice-covered waters of Antarctica are actually bursting with life. Magnificent whales, orcas, seals, fish and soaring seabirds come here to forage on krill-rich waters. Below the icy ocean surface, the seafloor is covered with a carpet of creatures of different shapes, colours and sizes, many of which are found nowhere else on Earth. Every year scientists find yet more species. The Antarctic is the world’s last wild frontier. And it is one that we need to protect before it’s too late.

The Antarctic peninsula is one of the most rapidly warming regions on Earth. Changes in sea ice has had an impact on krill – the basis of the Antarctic food web, whose depletion might cause potentially devastating effects on whales and other ocean life. After depleting over 80% of fish populations that live close to shore, greedy industrial fishing fleets are moving to the remote Antarctic regions to hoover up fish and to suck up krill to feed the growing seafood demand on the other side of the world.

The future of the Antarctic is in the hand of a group of countries that are members of the ‘Commission for the Conservation of Antarctic Marine Living Resources’ (CCAMLR). They have put in place a unique set of rules to protect waters around Antarctica. This system contains a mechanism to establish marine reserves, national parks at sea where fishing and other destructive activities are prohibited. In 2009, CCAMLR members agreed to protect key Antarctic waters by 2012. The clock is still ticking, but progress has been very slow.

Today the Antarctic Ocean Alliance, which includes Greenpeace and partner groups, is launching a new publication, ‘Antarctic Ocean Legacy: A Vision for Circumpolar Protection’ which makes the case for the creation of a network of 19 large no-take marine reserves and marine protected areas covering over 40% of the Southern Ocean and the precious habitats and marine life within it. There is no time to waste. We need to act now before it is too late. 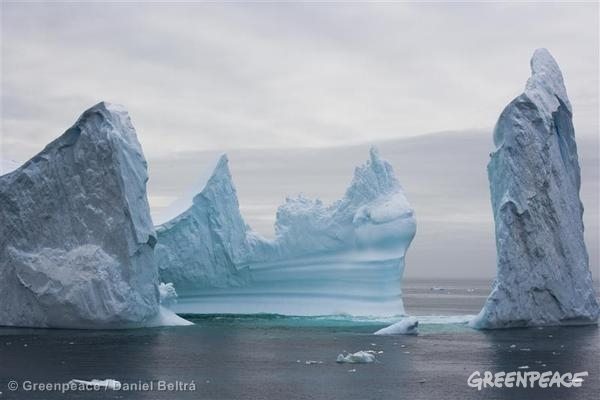 We need your help to save the Antarctic oceans! Sign the AOA petition and let governments know that we are watching and we expect them to make the right decision, to protect our oceans for the future we need.

Veronica Frank is a Greenpeace International oceans campaigner based in London.