It’s all Happening in Port Augusta

Alot can happen pretty quickly here in Port Augusta. Only yesterday I was getting ready to launch a campaign with Greenpeace to ask the South Australian government to follow through on their original promise to pay for the remediation of Bird Lake.

Bird Lake has dried up after the closure of the Alinta power plant leaving a putrid smell wafting over the town and affecting not only our tourist industry nut just simply going about our lives.

As soon as I told the government of my plan I was surprised to get a letter from them admitting the problem but falling short of their original commitment. They offered to stump up the money – but only half. Here’s the letter I received yesterday: 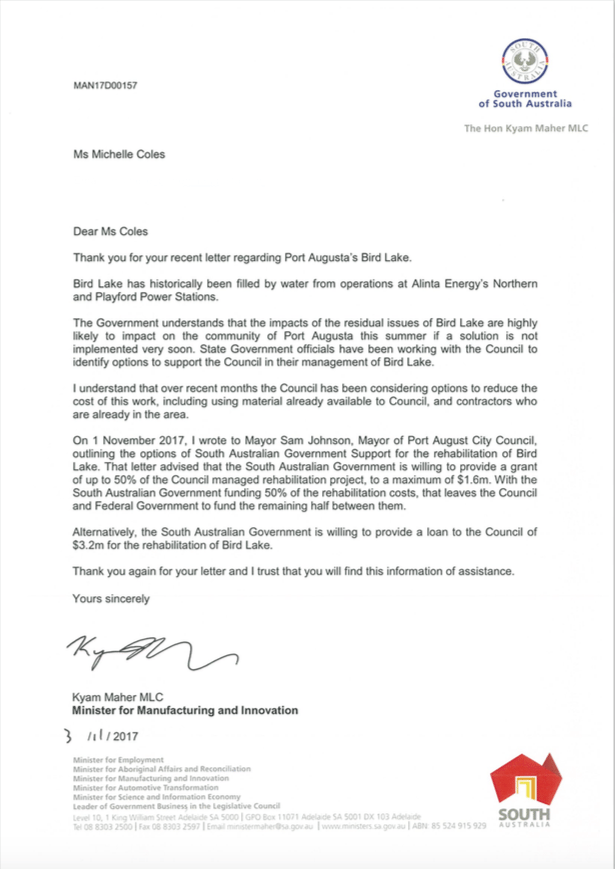 Next the press were covering the story. Everything’s happening – here’s some of the coverage.

But half the money the government originally committed isn’t enough to compensate a community seeing its tourism and business decline because of the stench. So I’ve launched the campaign, like I told the minister I would, to get the full $3.2m we were promised. Will you sign my petition here?