Are you on the right side of history?

The People’s Climate March will take place this coming Sunday. And with around 2,000 events planned, including huge rallies in New York and London, this may well prove to be the large climate rally in history.

But what is the People’s Climate March, and why is it happening now?

In the final week of September, world leaders will assemble in New York for a landmark climate summit — emergency meetings that have been called by UN secretary general Ban Ki-moon.

Like so many of us who care about the future of our planet, Ban Ki-moon knows that, unless rapid action is taken soon, the world is headed for a climate catastrophe. That’s why he’s called this unprecedented summit now, to lay the groundwork for the ‘next Copenhagen’ in Paris next year.

While leaders sit down at the UN building in New York, people will gather on the streets in towns and cities around the world. Together our goal is to show the groundswell of support for ambitious leadership. 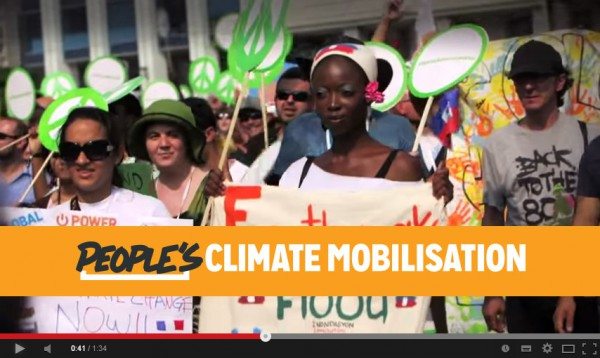 How you can get involved

Here in Australia, there are large events planned in most capital cities.  We’ve listed a few details below. If we’ve missed anything, let us know in the comments and we’ll update the page as more is announced.

When: 10.30am, Sunday September 21
Where: ANU University, Chifley Meadows (outside the library, near Union Court)
RSVP: http://act.350.org/event/peoples_climate/7677

You can search for events near you or sign up to organise an event in your community here: http://peoplesclimate.org/australia/#host-iframe