This week the world took a big step forward in the fight against dangerous global warming. The Paris Agreement on climate change - the first universal, legally binding, agreement to cut carbon emissions - was voted into law by enough nations to come into force.

The nations that have taken action are some of the biggest polluters, including the USA, China, India and the European Union. And it happened in record time: just 11 months after the deal was signed last December in Paris (the Kyoto climate change agreement, by comparison, took just over 7 years). Momentum for action is building, and the Paris Agreement is a major step on the road to a future free from carbon pollution.

That’s great! So the climate crisis is over then, right?

Not quite. The Paris Agreement legislates substantial cuts to emissions in coming decades, and the fact that the biggest, most polluting nations have agreed to cut emissions and protect people from the effects of a dangerously hotter planet is important. But even those countries agree that these targets need to be strengthened if we are going to make the kind of carbon pollution reductions we need to keep the planet safe. 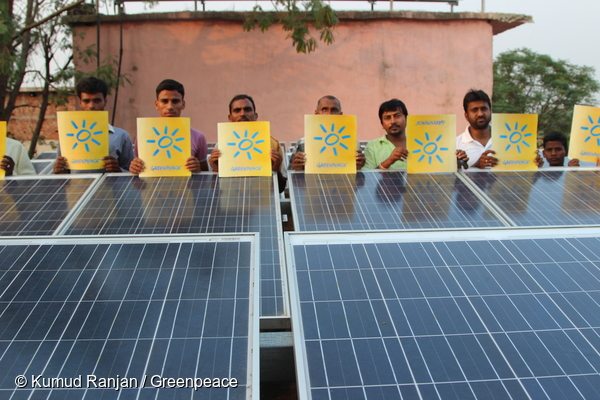 People in Dharnai in Bihar, India, call for climate action and energy from 100% renewable sources ahead of crunch climate talks in Paris. Dharnai had no electricity until a Greenpeace initiative to supply power through solar panels brought energy to the village.

What does the Agreement mean for fossil fuels?

The targets in the Paris agreement effectively rule out any new fossil fuels projects, whether coal, oil or gas. As Bill McKibben recently pointed out, this means that if you still support new fossil fuel projects, you are a climate denier. This is true for governments and corporations alike.

This means that there can be no new coal mines in Australia, like Adani’s proposed Carmichael mine in Queensland, and no drilling for oil in the Great Australian Bight: something oil company BP is trying to get approved right now. It means that major banks, like Australia’s NAB, Westpac, ANZ and Commonwealth Bank, who have said they’re committed to the climate targets in the Agreement, can’t keep making new loans to new fossil fuel projects. And it means that governments must get behind renewables, instead of hurling insults at wind turbines.

But more than that, it means that we need to start phasing out the mining and burning of existing fossil fuel reserves so that we have a world with clean air and water, a liveable climate and a natural world that flourishes in all its beauty, rather than a warming planet marked by droughts, fiercer bushfires and hurricanes, and conflict over dwindling resources.

The time is now

There’s no time to waste. Global warming is happening here and now and its effects are being felt all around the world. Whether it’s the recent mega-storm that blacked out the entire state of South Australia, the bleaching of the Great Barrier Reef that killed a quarter of its coral, or the killer heatwaves that saw major cities in India hit 51C (124F), we are already suffering under man-made global warming that has pushed 2016 to be the hottest year on record. 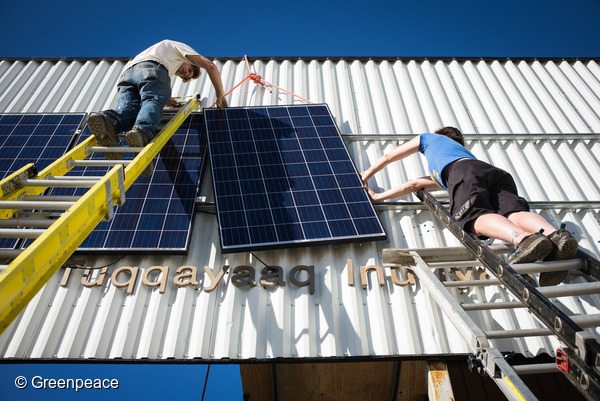 But, at the same time, we are seeing the solutions to the problem everywhere too. Solar and wind are breaking records in size and speed of installation – and they’re cheaper than ever. Local communities are liberating themselves from polluting fuels through cheap, decentralised renewables. And a powerful movement for change all over the world is demanding we do more to stop global warming and is pushing our leaders to match their words with real action.

Together we can win this fight, and protect the places and things we love for generations to come.

Join the movement for a Coal Free future.