Uniquely vulnerable to the impacts of a warming world, Pacific island countries have long been considered the front-line of climate change, so it’s not surprising that they are also leading the fight to tackle the problem.

These tiny nations have vowed to challenge major polluters to cut emissions and, this year, they have coal exports from their biggest neighbour firmly in their sights.

For the first time, a Pacific island country is head of global negotiations aiming to limit “dangerous interference” with the Earth’s climate system. Fiji, which last week marked the first anniversary of the devastation caused by the strongest cyclone ever recorded in the southern hemisphere, has vowed to use its presidency of the United Nations Framework Convention on Climate Change (UNFCCC) to make the world sit up and take notice.

This must be a matter of concern in Australia’s capital, Canberra; Fiji’s Prime Minister Voreqe Bainimarama is an outspoken critic of his neighbour’s climate policy. He has labelled Australia a prominent member of the “coalition of the selfish” – a group of industrialised nations that put the welfare of their carbon-polluting industries before the environment, and even the survival of Pacific island countries.

It’s difficult to deny that Bainimarama has a point. Australia is one of the wealthiest nations on earth, and the world’s largest coal exporter. The country has doubled exports of coal – the dirtiest of fossil fuels – over the past decade. 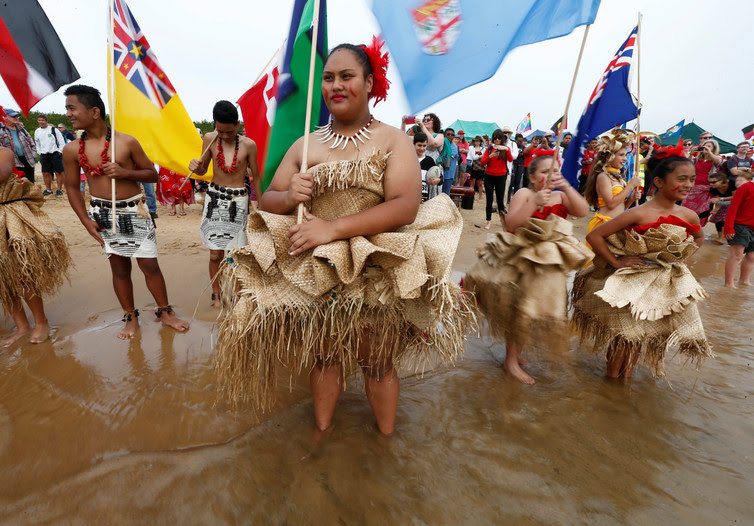 Australia’s continued promotion of coal is also firmly at odds with the 2015 Paris Agreement, which aims to limit global warming to well below 2°C above the pre-industrial average. To have a reasonable chance of achieving that goal, there’s little doubt the vast majority of the world’s coal reserves must stay in the ground.

Wary that Fiji and other Pacific island countries will again target Australia at the COP23 climate negotiations in December 2017, Australian ambassador for the environment Patrick Suckling was dispatched to island capitals in February 2017 to promote Australia’s climate change “credentials”.

Having been set the task of promoting carbon emissions to people on low-lying atolls – surely the 21st century equivalent of selling ice to Eskimos – Ambassador Suckling visited Tuvalu, Samoa and Fiji to explain that “clean coal” would be part of the world’s energy mix for decades.

Perhaps it’s not surprising that he was happy to promote the benefits of coal; in his previous role as ambassador to India, Suckling encouraged the Indian firm Adani to invest in a new coal mine in the Australian state of Queensland. In July 2014, he described the proposed Carmichael mine, which, if completed, will be the largest coal mine in the southern hemisphere, as an “outstanding project”.

Suckling’s island tour, and his support for coal, sparked outrage from Pacific island civil society and church groups, who penned an open letter to the ambassador calling on the Australian government to do more to reduce emissions.

While in Fiji, Ambassador Suckling suggested Australia would work closely with the country to ensure the 2017 global climate negotiations would be a success. He also made much of Australia’s role as co-chair of the UN’s Green Climate Fund, suggesting new finance would help Pacific communities build resilience to a changing climate. 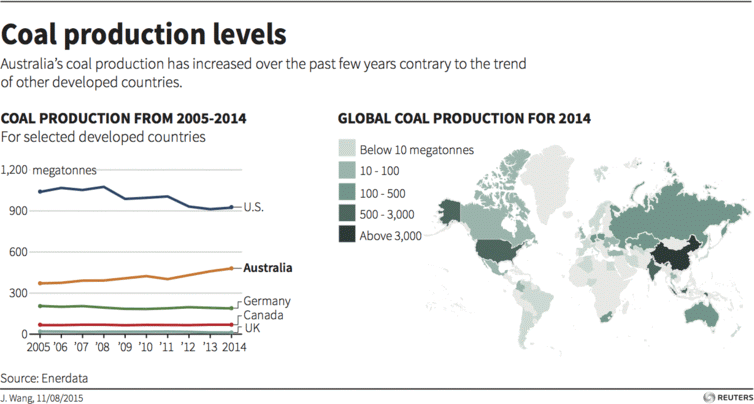 This year, Australia co-chairs the Green Climate Fund with another nation that has the dubious honour of being a leading exporter of carbon: Saudi Arabia. By 2020, Australia is expected become the world’s largest exporter of both coal and natural gas.

When that happens, Australia’s total carbon exports look set to exceed that of Saudi Arabia – the world’s largest oil exporter.

Pacific island states are no doubt wary of wolves in sheep’s clothing. They are well aware that both Australia and Saudi Arabia have a history of dragging their feet on global efforts to reduce carbon emissions. In the lead up to negotiations for the 1997 Kyoto Protocol, for example, Australia was isolated with Saudi Arabia (and other OPEC members) and Russia as the minority of laggard states.

At the climate negotiations that followed, the country insisted on special exemptions – subsequently known as “the Australia clause” – that allowed it to meet international commitments even while domestic emissions from burning fossil fuels increased. Concerned with safeguarding its oil exports, Saudi Arabia has long been accused of outright obstruction in climate negotiations.

Pacific island governments are familiar with Australia’s repeated attempts to weaken their position at UN climate negotiations. Indeed, at each major milestone in the global talks, Australia has exercised an effective veto power at the Pacific Islands Forum (PIF) – the region’s premier annual political meeting – to water down positions put forward by its small, impoverished neighbours.

In 1997, for example, island leaders wanted to issue a declaration calling for a global agreement that included legally binding commitments to reduce emissions. But they were “bullied into submission” by then Australian prime minister John Howard, who secured a toned-down declaration.

In the lead-up to negotiations for the 2015 Paris Agreement, Australian officials again worked hard to ensure the Pacific Islands Forum leaders’ statement accommodated Australia’s position in the global talks.

Most pointedly, the 2015 Forum leaders’ declaration on Climate Change Action failed to repeat earlier calls by Pacific island leaders for a global agreement to limit warming to below 1.5°C above the pre-industrial average.

Pacific island states insist that warming beyond this 1.5 degrees threshold would threaten the very survival of low-lying states in the region, such as Kiribati, Tuvalu and the Marshall Islands. 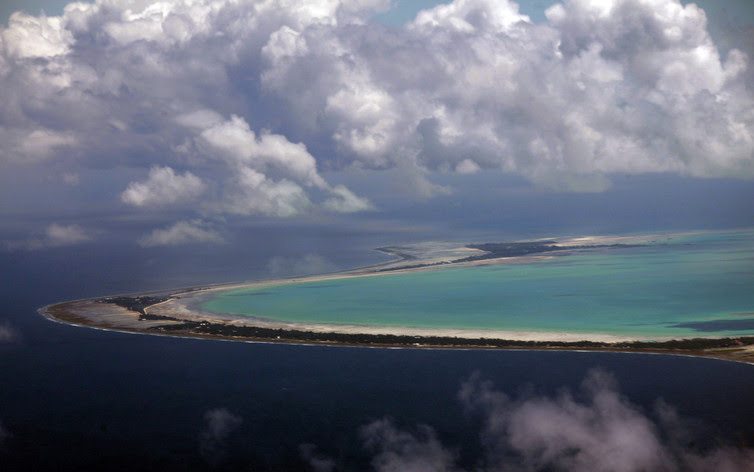 The low-lying islands that make up Pacific nations such as Kiribati face an existential threat from warming beyond 1.5°C. David Gray/Reuters

Fiji has vowed to use its UNFCCC presidency to maintain the momentum that was established by the 2015 Paris Agreement. Widely seen as a diplomatic breakthrough, that agreement represents a shared political commitment to reducing carbon emissions.

But global climate talks now stand at an important crossroads. Officials are still finalising the rule book to accompany the agreement, even as the first global stocktake of pledges made under it is planned for next year.

It’s crucial that ambitious and transparent pledges are made. Polluting nations must reduce greenhouse gas emissions quickly, before catastrophic rates of warming are locked in.

Pacific island countries have a special role to play in convincing the international community to start the needed shift to a zero emissions global economy. With the world’s eyes on them at COP23, which is already being labelled the “Pacific COP”, island leaders have the opportunity to highlight what must be done to give low-lying Pacific countries a fighting chance at a future.

But first they must continue to shine the spotlight on their recalcitrant neighbour, and take care to avoid being muzzled by Australia’s “climate diplomacy”.

Lecturer in Politics and International Affairs, The University of the South Pacific