Combatting climate change is a huge problem that demands a concerted global effort. Landmark deals like the Paris Agreement are touted as the way forward but they’re not worth the paper they’re written on if the nations signed up don’t obey them. 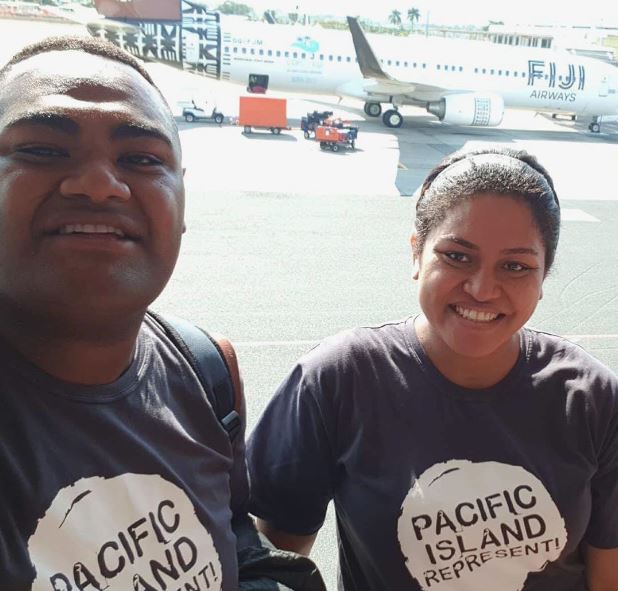 But despite the politically convenient photo opportunities and inspiring words spoken by world leaders, a number of countries don’t appear to be taking their commitments very seriously.

Australia is a Paris signatory but is looking at loaning almost $1 billion to what could become the world’s biggest coal mine. At the same time the supposed free marketeers in the Coalition have adopted an energy policy that defies the market by locking in coal-fired power generation. How does Malcolm Turnbull reconcile that with Australia’s emissions reduction commitments?

Thanks to the support of hundreds of people like you, Pacific Island Represent (PI Rep) is today heading to the UN climate meeting in Bonn, Germany to make sure that Australian officials have to face up to that awkward question, along with other world leaders in equally tenuous positions.

PI Rep will fearlessly call out the climate hypocrites and their sweet-talk at the UNFCC’s annual Conference of Parties (COP) meeting this month, but they won’t be doing it alone.

From its inception PI Rep has been supported by hundreds of people from the Pacific, Australia and beyond, who care about the planet. When PI Rep crowdfunded to travel to the COP, you had their backs and when PI Rep asked you to send in your selfies to show world leaders that you see through their sweet-talk you delivered again.

PI Rep now has more than a thousand faces from all over the world that will become part of a eye-catching and powerful demonstration, calling on world leaders to put their commitments into action – and to end the age of fossil fuels.

Pacific Island Represent will show world leaders that what they do at home has consequences for the rest of the world. Despite the continental location, this year’s meeting is being hosted by Fiji, marking the first time a Pacific Island state has held the COP presidency. It presents a unique opportunity for Fiji, a nation on the frontlines of the battle against climate change, to lead the talks and push for a robust and ambitious set of rules for the Paris agreement.

There will undoubtedly be calls for greater emissions reductions over a shorter period of time, but history has shown that many nations sign up, only to continue their polluting ways when they get home.

So instead of calling for greater ambition PI Rep will demand that nations do what they have already promised.

The Paris signatories have agreed to try and cap global warming at 1.5 degrees. Scientists tell us this can only be done by leaving fossil fuels in the ground and gradually phasing out their use entirely.

Unfortunately that isn’t happening. Norway is banning fossil fuel-powered cars but the nation, that is often touted as a global leader on emissions reduction, continues to export around ten times its domestic emissions through its lucrative oil interests.

Australia portrays itself as a leader in combating climate change but it’s the largest coal exporter in the world, and is on track to become the world’s largest liquefied natural gas exporter by 2020.

The Paris agreement means no new fossil fuels. It’s clear and simple but too many nations are getting away with signing up and carrying on with business as usual. They cannot do this and claim to be friends of the Pacific.

Someone needs to demand these countries stay true to their word and Pacific Island Represent will do just that.

The Pacific will not stand for this kind of hypocrisy any longer and that is message PI Rep will convey to the rest of the world at the COP and beyond.