In the words of David Attenborough, “Our planet is a blue planet”. With over 70% of our world covered by water, our oceans can be seen from across the solar system.

It wasn’t long ago that the oceans were still believed to be too vast for human activity to be able to cause them significant, lasting damage. But study after study is demonstrating how the effects of overfishing, oil drilling, deep sea mining, pollution & climate change prove that humans are more than up to the task of causing major harm to the oceans and the animals that live there.

It’s not just wildlife that’s under threat: it’s us too. The health of our oceans supports the livelihoods of billions of people, and sustains our planet by tackling climate change. Our fate and the fate of our oceans are intimately connected.

What kind of action can be taken to prevent this damage from becoming irreversible?

The majority of this water falls outside of national borders. These vast areas of ocean technically belong to no one – which actually means that they belong to us all. We are their shared guardians, and what happens to them is our collective responsibility.

The science is clear: we need to create Ocean Sanctuaries. 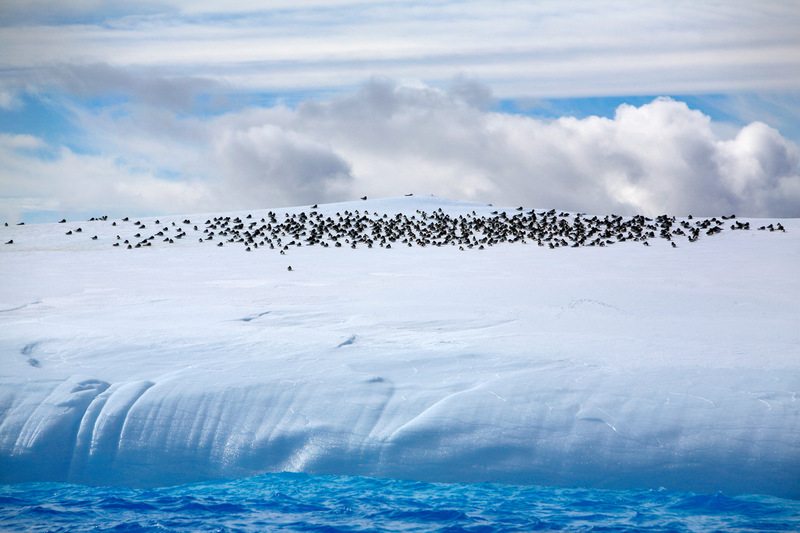 Iceberg floats in the Southern Ocean.

Ocean Sanctuaries are large-scale protected areas of the ocean that are off-limits to exploitative human activities. They provide relief for wildlife and ecosystems to recover. The benefits are global. Recovering fish populations spread around the world, ensuring food security for the billions of people that rely on our oceans. And scientists are becoming increasingly clear: healthy oceans play a critical role in soaking up carbon dioxide and helping us to avoid the worst effects of climate change.

Here’s the good news. The tide of history is turning, and our blue planet is finally looking at protecting the blue bits. Just a few months ago, in a stuffy room far from the ocean, governments from around the world agreed to start a process to protect them: an Ocean Treaty.

This Ocean Treaty won’t be agreed until at least 2020, but in the meantime momentum is already building towards proper ocean protection. Just last year a huge 1.5 million sq km area was protected in the Ross Sea in the Antarctic. In a turbulent political climate, it was a momentous demonstration of how international cooperation to protect our shared home can – and does – work.

Sitting at the bottom of the world, the Antarctic is home to a great diversity of life: huge colonies of Emperor and Adélie penguins, the incredible Colossal squid with eyes the size of basketballs that allow it to see in the depths, and the largest animal on the planet, the blue whale, which has veins large enough for a person to swim down.

But in the Antarctic, the creeping expansion of industrial fishing is targeting the one species on which practically every animal there relies: krill. These are tiny shrimp-like creatures which penguins, whales, seals and other wildlife depend on for survival. The awful news that all but two penguin chicks have starved to death out of a colony of almost 40,000 is a grim illustration of the enormous pressures already facing Antarctic wildlife populations. An expanding krill industry is just more bad news for the health of the Antarctic Ocean. Even worse, the krill industry is blocking attempts at environmental protection in the Antarctic.

Right now, the governments responsible for the Antarctic are meeting to discuss the future of the continent and its waters. While limited proposals are on the table this year, when they meet again in 12 months’ time they have an historic opportunity to create the largest ever protected area on Earth: an Antarctic Ocean Sanctuary. Covering the Weddell Sea next to the Antarctic Peninsula, it would be five times the size of Germany, the country proposing it.

Creating the world’s largest ever protected area in the Antarctic Ocean would show that corporate lobbying and national interests are no match for a united global call for our political leaders to protect what belongs to us all.

The movement to protect over half our planet begins now, and it begins in the Antarctic.